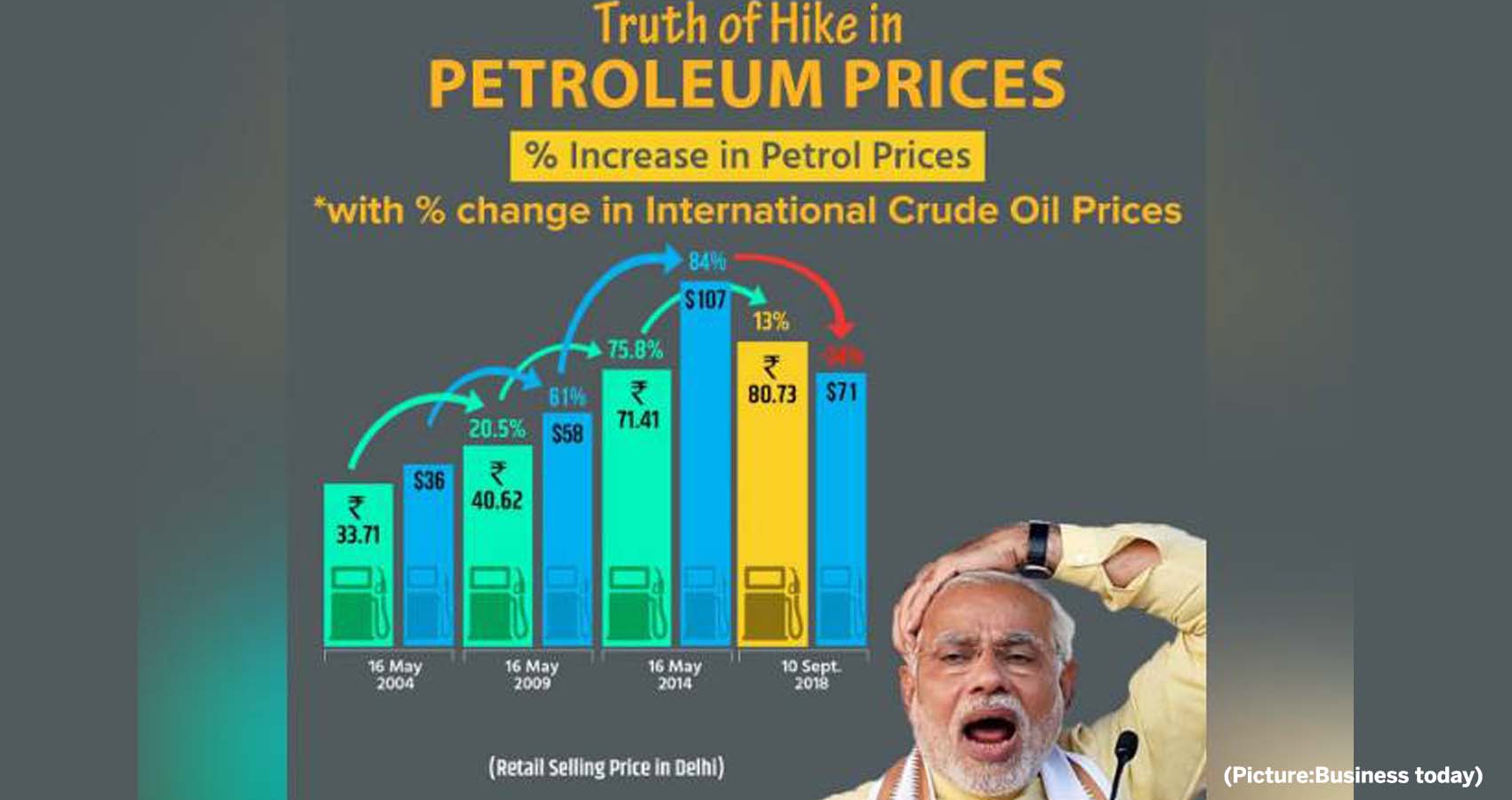 On the eve of Diwali, the Central government had cut excise duty on petrol and diesel prices by Rs 5 and Rs 10, pronouncing this as “Diwali Gift” .This brought relief to customers, who were reeling under inflation and skyrocketing fuel prices. Following this, at least 22 states and UTs cut VAT in different proportions.

The petrol price was cut in the range of Rs 5.7 to Rs 6.35 per litre and diesel rates by Rs 11.16 to Rs 12.88 across the country on November 4. The BJP-ruled states have slashed VAT rates on petrol and diesel by Rs 8 and 9, respectively. 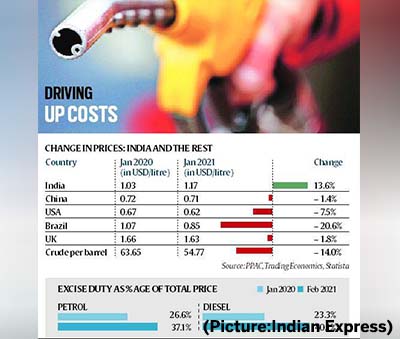 According to Indian Oil Corporation, the country’s largest fuel retailer, in the national capital, petrol is retailing at Rs 103.97 per litre and diesel is available at Rs 86.67 per litre. The rate of petrol stands at Rs 109.98 in Mumbai and diesel costs Rs 94.14 per litre. The prices of petrol and diesel are the highest in India’s financial hub, Mumbai, among all the four metro cities.

In Tamil Nadu’s capital, Chennai, petrol is available at Rs 101.40 per litre and people have to shell out Rs 91.43 for one litre of diesel. Similarly, the prices of petrol and diesel remained unchanged in Kolkata and stood at Rs 104.67 and Rs 89.79 per litre, respectively.

The Mechanism of Fuel Prices

Fuel prices are revised by OMCs like Indian Oil, Bharat Petroleum and Hindustan Petroleum based on international prices in the preceding 15 days and foreign stock exchanges. The prices of petrol and diesel vary from state to state and also in cities, depending on the incidence of local taxes like value-added tax (VAT) and freight charges.

The Rs 5 cut in the central levy on petrol and Rs 10 on diesel is the highest-ever reduction. This reduction came immediately after Bypoll election losses of BJP and comments from Himanchal Pradesh Chief Minister that inflation (mahangai) was the main reason of dismal performance of BJP in that state. To pacify or rather to fool people, this small reduction in fuel prices was announced as Diwali Gift.

The Central Government had increased fuel taxes twice by Rs 13 and Rs 16 per litre effected between March 2020 and May 2020. The twin hikes in central levies had taken the Centre’s collection on each litre of petrol to their highest level of Rs 32.9 and diesel to Rs 31.8 a litre. So even after reducing levy by Rs.5 per litre on petrol, the Center is collecting Rs27.9 (32.9-5) on petrol and Rs.21.8 on diesel. Clearly, the BJP government is trying to fool the people without giving them real relief.

The second politics is that for the coming five state elections, the BJP government is indirectly pressurizing the opposition ruled states to give up their major source of revenue which is VAT on fuel prices.

This would significantly reduce the budget of states and curtail their ability to spend on welfare measures just before elections. So if the opposition ruled states reduce VAT, they will be in a weaker position to fulfill the welfare demands of their voters. If they don’t reduce VAT, BJP will shift the entire blame of inflation on them. So far, except Odisa, non of the opposition ruled states have reduced their VAT while BJP ruled states immediately reduced their VATS. In the coming election advertisement, BJP will show the price differentials of petrol in BJP ruled states vs non-BJP ruled states. That way BJP expects to get the best of both the worlds in the coming state elections by playing this master stroke politics of small fuel price concessions.

The Centre had lowered not the excise component but the road and infra cess to Rs 13 from Rs 18 on petrol and to Rs 8 from Rs 18 on diesel. Since the Centre has cut cess and not the excise on fuels, there is going to be no change in the revenue share states get from the Centre. They will continue to get 41 per cent of Rs 12.40 per litre among states for unbranded petrol and Rs 9.80 a litre for diesel as per the recommendation of the 15th Finance Commission.

Chhattisgarh Chief Minister Bhupesh Baghel criticised the Centre for making minor tweaks to fuel prices that don’t make an impact. He claimed that the Centre first raised the price of petrol and diesel by up to Rs 30 and then decreased it by Rs 5. Punjab Finance Minister Manpreet Singh Badal confirmed that the state government will soon take a call on the Center’s demand to reduce state levies on fuel. The Kerala government has also spoken up against the Centre’s move on fuel prices.