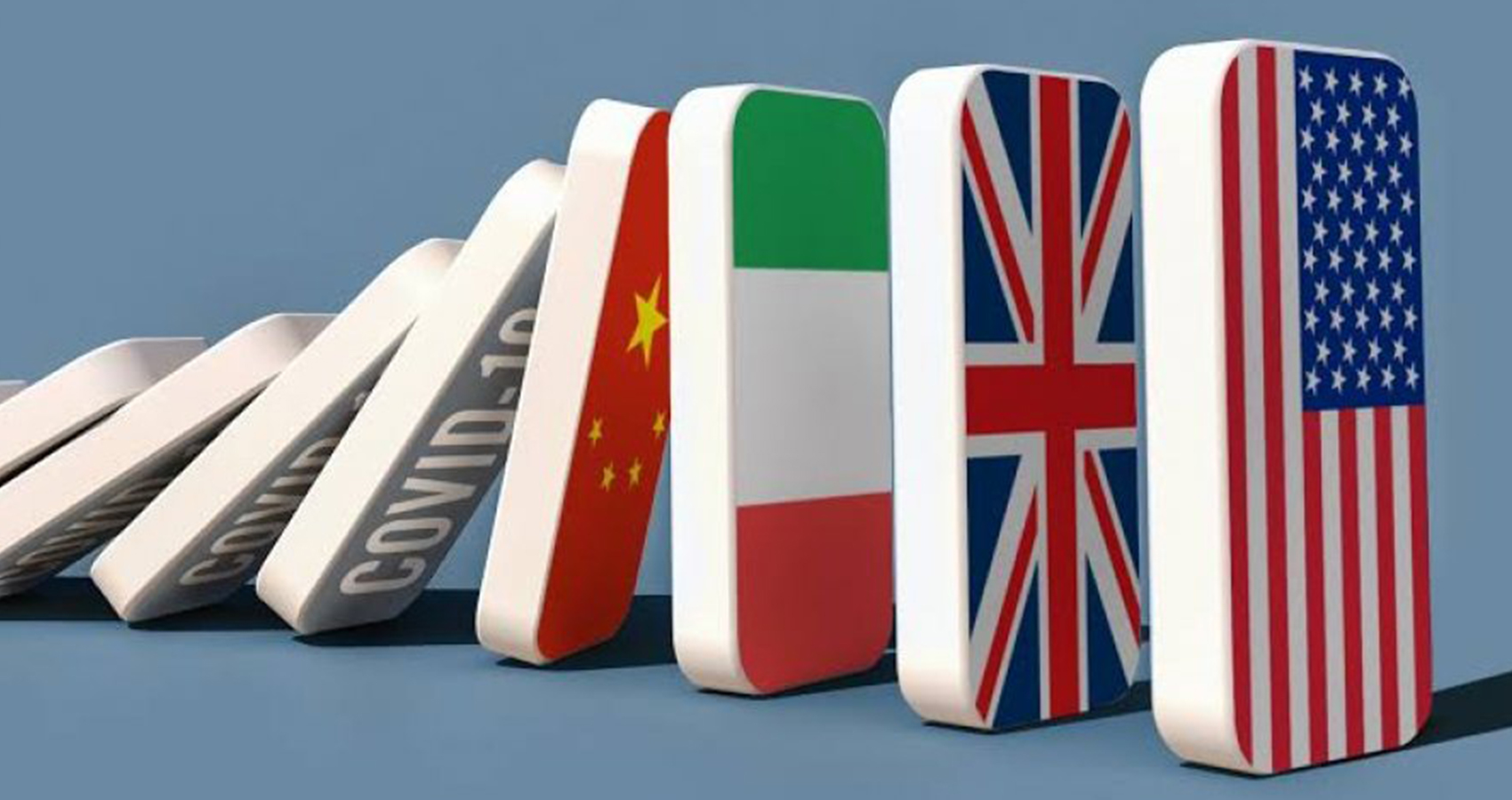 The COVID-19 pandemic killed millions, infected hundreds of millions, and laid bare the deep vulnerabilities and inequalities of our interconnected world. The accompanying economic crash was the worst since the Great Depression, with the International Monetary Fund estimating that it will cost over $22 trillion in global wealth over the next few years. Colin Kahl and Thomas Wright’s Aftershocks offers a riveting and comprehensive account of one of the strangest and most consequential years on record. Drawing on interviews with officials from around the world and extensive research, the authors tell the story of how nationalism and major power rivalries constrained the response to the worst pandemic in a century. They demonstrate the myriad ways in which the crisis exposed the limits of the old international order and how the reverberations from COVID-19 will be felt for years to come.

The COVID-19 crisis is the greatest shock to world order since World War II. Millions have been infected and killed. The economic crash caused by the pandemic is the worst since the Great Depression, with the International Monetary Fund estimating that it will cost over $9 trillion of global wealth in the next few years. Many will be left impoverished and hungry. Fragile states will be further hollowed out, creating conditions ripe for conflict and mass displacement. Over two decades of progress in reducing extreme poverty was erased, just in the space of a few months. Already fragile states in every corner of the globe were further hollowed out. The brewing clash between the United States and China boiled over and the worldwide contest between democracy and authoritarianism deepened. It was a truly global crisis necessitating a collective response—and yet international cooperation almost entirely broke down, with key world leaders hardly on speaking terms.

Meanwhile, international institutions and alliances already under strain before the pandemic are teetering, while the United States and China, already at loggerheads before the crisis, are careening toward a new Cold War. China’s secrecy and assertiveness have shattered hopes that it will become a responsible stakeholder in the international order. Aftershocks is both a riveting journalistic account of one of the strangest years on record and a comprehensive analysis of the pandemic’s ongoing impact on the foundational institutions and ideas that have shaped the modern world. This is the first crisis in decades without a glimmer of American leadership and it shows—there has been no international cooperation on a quintessential global challenge. Every country has followed its own path—nationalizing supplies, shutting their borders, and largely ignoring the rest of the world.

The international order the United States constructed seven decades ago is in tatters, and the world is adrift. None of this came out of the blue. Public health experts and intelligence analysts had warned for a decade that a pandemic of this sort was inevitable. The crisis broke against a global backdrop of rising nationalism, backsliding democracy, declining public trust in governments, mounting rebellion against the inequalities produced by globalization, resurgent great power competition, and plummeting international cooperation.

And yet, there are some signs of hope. The COVID-19 crisis reminds us of our common humanity and shared fate. The public has, for the most part, responded stoically and with kindness. Some democracies—South Korea, Taiwan, Germany, New Zealand, among others—have responded well. America may emerge from the crisis with a new resolve to deal with non-traditional threats, like pandemic disease, and a new demand for effective collective action with other democratic nations. America may also finally be forced to come to grips with our nation’s inadequacies, and to make big changes at home and abroad that will set the stage for opportunities the rest of this century holds. But one thing is certain: America and the world will never be the same again.

“COVID-19 has fundamentally changed the international order, and Aftershocks is essential reading for anyone who wants to understand what that means for the future. Written by two of America’s leading strategists, this ambitious and engaging book puts the pandemic in historical context and makes an important case for how, in the wake of this crisis, we can build a better international system.” —Madeleine K. Albright

“Colin Kahl and Tom Wright are two of our nation’s leading analysts of geopolitics and American foreign policy. Aftershocks will provide a vital first take on the global response to COVID-19, the worldwide consequences of the pandemic, and what it all means for the future of international order.” —Susan Rice

“US Physician Larry Brilliant once said, ‘Outbreaks are inevitable. Epidemics are optional.’ Aftershocks is a timely, gripping, and necessary call to action, showing the steps governments, international organizations and citizens must take to provide a more reliable and sustainable security for us all.” —Samantha Power

“If you want to understand how and why the pandemic is reshaping the international order and revealing the dangers of unchecked nationalism, Aftershocks is the place to start. Informed by history, reporting, and a truly global perspective, this is an indispensable first draft of history and blueprint for how we can move forward.“ —Ben Rhodes

“A timely, insightful and sobering book by two of the most astute current observers of the United States role in international affairs. The analysis should give everyone who cares about the conduct of American foreign policy pause for thought. Their recommendations offer a critical path forward for future U.S. Administrations.” —Fiona Hill

“The coronavirus pandemic has accelerated and exposed the pre-existing conditions of an already-fading international order. I can’t think of two better observers to help us understand this profound moment of transition, or what it means for American strategy, than Colin Kahl and Tom Wright. Aftershocks promises to be an extraordinarily valuable book, as important as it will be timely.” —William J. Burns