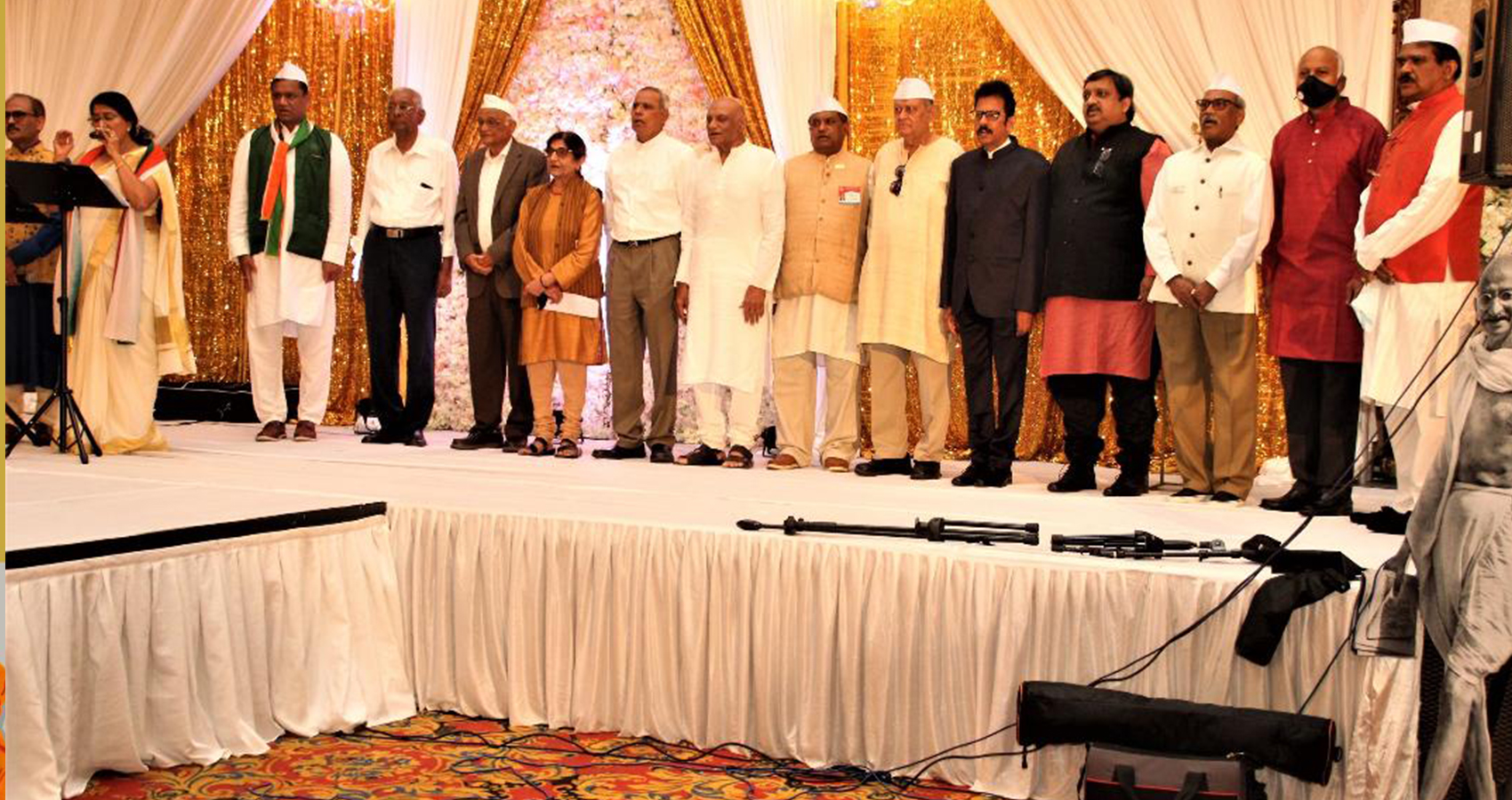 The Gandhian Society (New Jersey) along with GOPIO chapters (Manhattan and Central Jersey) hosted an event to celebrate Indian Independence Day – Swaraj with Bapu and Vinoba at the Royal Albert Palace, Fords, New Jersey on August 15th attended by dignitaries and with a Khadi Fashion Show and a Musical Competition based on Patriotic songs and those based on Gandhian Ideology. 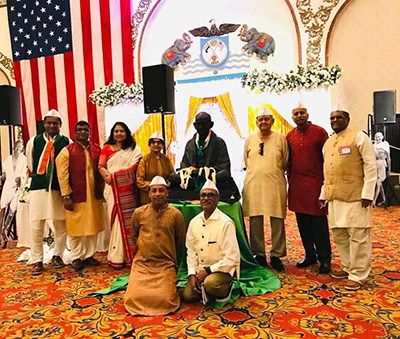 Indian Consul Vijayakrishnan appreciated the work done by Gandhian Society and GOPIO in keeping the Gandhian philosophy and values alive. He also said that Mahatma Gandhi’s belief in non-violence had also inspired the modern leaders like Martin Luther King Jr. in the US and Nelson Mandela in South Africa “The Gandhian Society was playing an important role in making the younger generation aware of the values and principles of the Mahatma Gandhi and the importance of non-violence,” Said Vijayakrishnan.  The Consul also thanked both the organizations for their valuable contribution during the COVID crises in India. GOPIO Chairman Dr. Thomas Abraham said that while Mahatma Gandhi’s non-violent Satyagraha movement brought independence to India, many in India and outside doubted whether the new republic will sustain itself, due to widespread ignorance, poverty and divisiveness of our people, however, India made progress under a democratic rule in all the seven decades and now moving forward to become the third largest economy in the world in this decade. 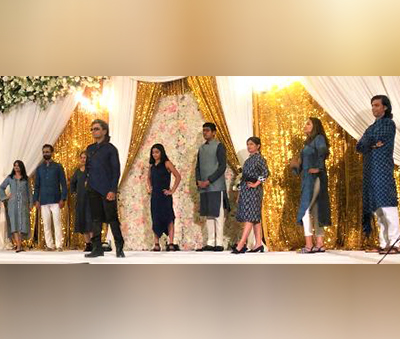 “When India was hit badly with the second wave of Covid, the Indian Diaspora came forward to help by sending oxygen concentrators and medical supplies and GOPIO chapters are supporting the noble cause of the Gandhian Society to provide ambulances to underserved rural and tribal areas,” Dr. Abraham added. Rep. Raj Mukerji said, “Mahatma Gandhi has been an inspiration to many leaders in the USA like Martin Luther King, President Obama and he himself is a big admirer of the Mahatma for the values that he propagated during his lifetime.”NJ Utilities Commissioner Chivukula said “the teachings of Mahatma are still relevant today and that the values system of the mahatma is identified with the Diaspora.” Chivukula hoped that the future generation will continue to uphold and keep these values of the greatest man from India.

Democratic mayoral candidate Sam Joshi has said that he is committed to ensuring that the Gandhi Museum comes up in Edison, New Jersey and he will extend all support to the project. He also said he will help with the logistics in land and resources needed for the project. Gandhian Society Director Rajendar Dichpally poke about the work of the Gandhian Society during the pandemic and sending oxygen concentrators during the second wave of the pandemic, especially to rural and tribal areas. He also said that the Gandhian Society is planning to send 50ambulances to rural and tribal areas in India and he announced that the society was able to get 10 commitments for ambulances so far.

New Jersey State Senator Vin Gopal was represented by his staff. There were many community leaders who participated at the celebration including GOPIO International Coordinator-at-Large Asha Samant, hoteliers Maganbhai Patel and Dalpat Patel, GOPIO-Manhattan Executive VP Prof. Rajasekhar Vangapaty and Dr. Ravinder K. Thota of American Telugu Association (ATA). The Fashion show was coordinated by Sonal Gadhvi and Aric Damiani. The show stopper and main model for the fashion show was Aryan Vaid (Former Mr. World) and participated by many Indian American Children. The fashion show was done to promote Khadi fabric, which was the fabric preferred by Mahatma Gandhi and was the fabric used by all Satyagrahis during Indian Freedom struggle, in a modern manner so that the younger generation could identify with the fabric and continue to wear the fabric.

The Music Competition was Organized by famous Singer Varsha Joshi and had Bollywood Lyricist Swanand Kirkire as one of the main judges for the show. The music competition had over 40 children participate from different cities in America. The local judges were Gerry Cutinoh, Anirban Roy Chowdhary. The event saw 10 people coming forward to donate ambulances with their generous donations. Those who donated ambulances include Bhadra Butala, Hasmukh Patel, Krishna Pirlamarla, Dr. Prabhu Rachakonda, Maganbhai Patel, Gita Butala and others. The event had an excellent pictorial exhibition of Mahatma Gandhi and quotes from his life and other leaders that took him as their inspiration. A simple breakfast and lunch were served at the event. The Gandhian Society Team comprised of Dr. Deepak Naran, Rajendar Dichpally, Balaji Jilla, Mahesh Wani, Shiva Kumar, Sravan Natakala and GOPIO team included Dr. Asha Samant, Prof. Rajasekhar Vangapaty, Siddarth Jain, Chitraranjan Sahay Belwariar, Kunal Mehta, Dr. Tushar Patel, Vijay Garg and Shivendra Sofat.