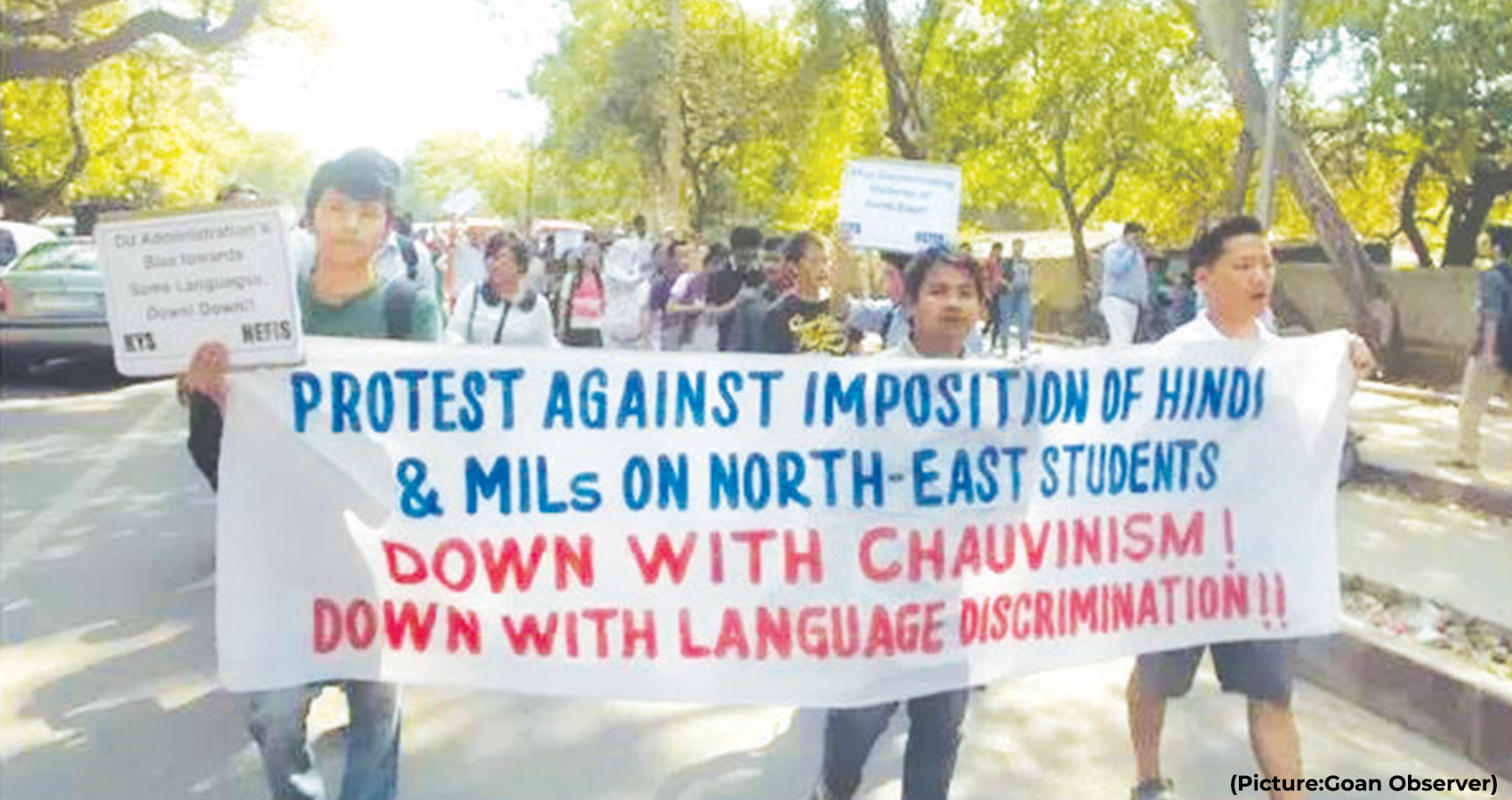 India’s Home Minister Amit Shah’s recent statement that time has come to make official language Hindi, an important part of the country’s unity, which has come under severe criticism from main Opposition leaders in India, several state leaders and Bollywood and media persons from across the nation.

While the main opposition parties called it an assault on India’s pluralism and asserting they will thwart the move to impose “Hindi imperialism,” Oscar-winner and one of India’s top music directors A R Rahman has tweeted a poster highlighting the significance of Tamil and what the language means to Tamilians. The tweet is being seen as a strong response to Home Minister Amit Shah’s recent statement on Hindi being an alternative to English.

Rahman tweeted the poster of a woman holding a staff with the Tamil letter ‘a’ (lazha) on it. Interestingly, the letter is unique to Tamil language. The poster, titled ‘Tamizhanangu’, also had lines from a poem by revolutionary poet Bharathidasan. The line, “Inba Thamizh Engal Urimai Sempayirukku Vaer” (Delightful Tamil is the root of the staple crop of our rights). Thousands have liked the tweet that Rahman has put out with several other top writers, actors, journalists retweeting the tweet to voice their support for Rahman’s statement. 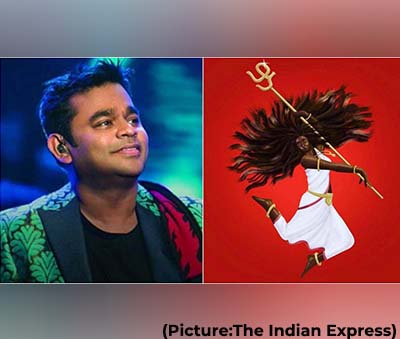 India’s multilingual Bollywood actor Prakash Raj has responded strongly to Union Home Minister Amit Shah’s recent remarks that Hindi should be accepted as an alternative to English. “Amit Shah ji, I want to know where do you want us to speak Hindi, learn Hindi,” asked the actor. The actor joins us on this episode of ‘Left, Right and Centre’.

India’s main opposition party, Congress accused Shah of trying to impose Hindi, and said in doing so he is doing a disservice to the language. Congress leader Jairam Ramesh contended Hindi is ‘Raj Bhasha’ (official language) and not ‘Rashtra Bhasha’ (national language), as Rajnath Singh had noted in Parliament when he was the home minister. “Hindi imperialism will be the death knell for India. I’m very comfortable with Hindi, but I don’t want it rammed down anybody’s throat. Amit Shah is doing a disservice to Hindi by imposing it,” Ramesh said on Twitter.

Congress spokesperson Abhishek Singhvi said the home minister has tried to sermonize about Hindi which he should not. He also alleged that by raking up the issue of Hindi, the home minister is also trying to divert people’s attention from inflation and price rise. “Don’t conflagrate…don’t give us sermons,” he said.

Tamil Nadu Chief Minister MK Stalin, whose DMK has been at the forefront of anti-Hindi agitations which often turned violent, said Shah’s thrust on Hindi went against India’s ‘integrity and pluralism’. Reacting to Shah’s April 7 statement, Stalin said it will wreck the nation’s integrity. The BJP top brass is continuously working towards causing damage to India’s pluralism, Stalin, who is also the DMK president, said on Twitter.

The main opposition in Tamil Nadu, AIADMK said people may learn Hindi on their own volition but imposition of the language is unacceptable. Quoting Dravidian icon, the late C N Annadurai, AIADMK top leader O Panneerselvam said if needed, people willing to learn Hindi may do so voluntarily. However, foisting Hindi on people is never acceptable, the AIADMK coordinator tweeted.

A TMC spokesman said, BJP’s agenda of “one nation, one language and one religion” will remain unfulfilled. “If Amit Shah and the BJP try to impose Hindi on non-Hindi speaking states, it will be resisted. The people of this country, where there is so much diversity, will never accept such a thing. “Even India’s first prime minister Jawaharlal Nehru had said that Hindi will not be imposed on non-Hindi speaking states until they are willing to accept it,” senior TMC leader Sougata Roy said.

In India’s restive northeastern region, where people speak at least 220 languages or dialects, separatist rebel groups have always detested the use of Hindi, calling it an instrument of so-called “colonial Delhi” to suppress indigenous people and their cultures. In the past, many Hindi-speakers were gunned down by outlawed groups.

Shah’s recent remark has sparked a huge backlash in the region. The Asom Sahitya Sabha, Assam’s apex literary body, said in a statement, “The Union home minister should have instead taken steps to develop Assamese and other indigenous languages. Such steps spell a bleak future for Assamese and all indigenous languages in the Northeast. The Sabha demands that the decision to make Hindi mandatory till Class X be revoked.”

The influential North-East Students’ Organisation (NESO), an umbrella body of the various student outfits in the region, said Hindi can be an optional subject, but they are against any kind of “imposition”.

Noted academician Pabitra Sarkar claimed that the statement was “premature” and “unacceptable”. He said, “This is a very premature statement made without taking into cognizance the views of others. There is a history of resistance in southern India against the imposition of Hindi.”

Presiding over the 37th meeting of the Parliamentary Official Language Committee in New Delhi, Amit Shah had said Prime Minister Narendra Modi has decided that the medium of running the government is the official language and this will definitely increase the importance of Hindi, according to a statement issued by the Union Home Ministry. He informed the members that now 70 per cent of the agenda of the Cabinet is prepared in Hindi.

Shah said now the time has come to make the official language Hindi an important part of the unity of the country, adding Hindi should be accepted as an alternative to English and not to local languages.

This isn’t the first time A R Rahman has commented on the language debate. In June 2019, when there were plans to make a three-language policy mandatory for all states, Rahman had tweeted: “AUTONOMOUS | meaning in the Cambridge English Dictionary,” with web link of the word’s meaning in the dictionary. His tweet triggered a popular hashtag, ‘#autonomousTamilNadu’ by his fans worldwide.

Similarly, when the Centre decided to drop the provision of compulsory teaching of Hindi in non-Hindi speaking states, Rahman had tweeted in praise of Tamil Nadu’s two language policy: “Good decision. Hindi is not compulsory in Tamil Nadu. The draft has been corrected.”

The two-language policy that is being followed in Tamil Nadu was born out of a peculiar pride in the Mother Tongue, Tamil, which is based on an assertion that Tamil is the oldest language and cannot be placed lesser than Hindi or any other language in India. For majoritarian reasons and a perception that a single native language will make the governance easier, Delhi had been consistently pushing for Hindi on various levels for several decades. But most Tamil parties and almost all Tamil politicians continue to resist efforts to impose or bring in a single national language in the country, Hindi.