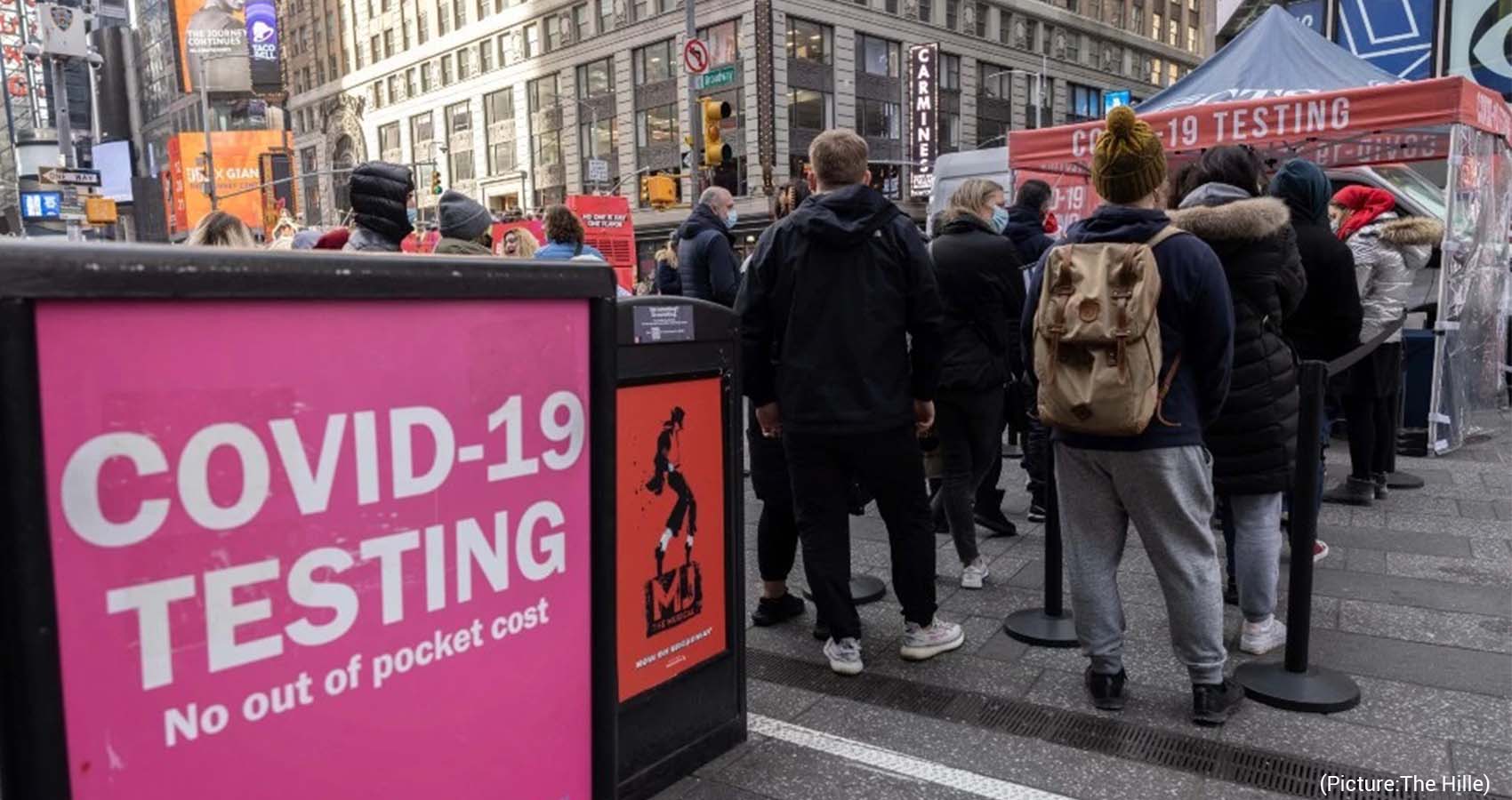 As new Omicron variants further infiltrate the U.S., a jumble of signals suggest the latest increase in Covid-19 infections hasn’t sparked a commensurate surge in severe illness even as risks remain.

Covid-19 virus levels detected in wastewater in the Northeast, the first region to see significant concentrations of the easily transmitted Omicron BA.2 variant, appear to have flattened out in the past two weeks. Covid-19 hospital admissions have risen in the region, but they remain far below levels during earlier surges that indicated widespread severe illness and taxed healthcare facilities.

New York City raised its COVID-19 alert level from “low” to “medium,” amid a rise in cases in the city. The move did not trigger any major new restrictions, but it is a sign of the continued risk from the virus and an uptick in cases that has also been seen on a national level.

If the alert level rises again, to “high,” then the city will consider bringing back its mask mandate for indoor settings, according to New York’s color-coded system.

“If you are at a higher risk for severe disease due to age, underlying health conditions or because you are unvaccinated, consider additional precautions such as avoiding crowded indoor gatherings,” New York City Health Commissioner Ashwin Vasan tweeted Monday in announcing the move.

“We continue to strongly recommend all New Yorkers wear a mask in public indoor settings,” he added.  Cases have ticked up in New York City to around 2,300 per day, according to a New York Times tracker, though there is no sign of a steep spike like there was over the winter.

Hospitalizations in the city have also ticked up but are still at relatively low levels.

Nationally, most of the country is in a “low” risk level, as classified by the Centers for Disease Control and Prevention, with small clusters of “high” risk in areas like upstate New York, meaning the metrics there call for mask-wearing indoors.

Cases nationally are also ticking up, but are not spiking like they did over the winter, and hospitalizations are at one of their lowest levels of the pandemic.

White House officials have pointed to booster shots and treatments like the Pfizer pill Paxlovid as allowing for a different phase of managing the virus, where cases much more rarely lead to severe disease.

The uptick in New York and nationally has been fueled by a more transmissible subvariant of omicron known as BA.2. New York health officials have also pointed to another subvariant, known as BA.2.12.1, as helping fuel cases there.