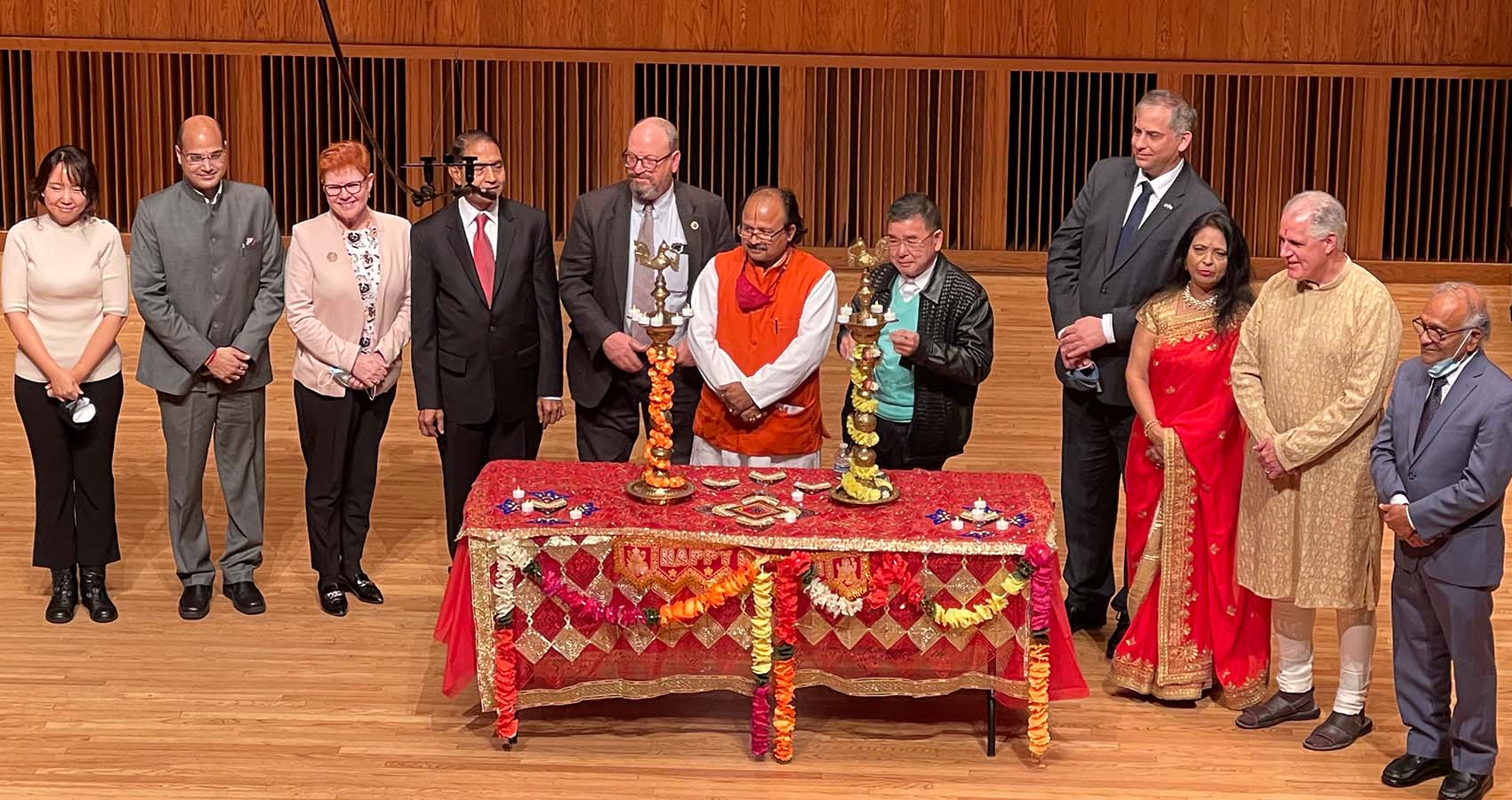 New York City Council Member James F. Gennaro and District Leader Neeta Jain were joined by a number of elected officials and local leaders for the annual New York City Council’s Diwali Festival – a celebration of the festival of lights on Saturday, November 13. This year marked the return of the annual tradition, which was cancelled last year due to COVID-19. This year, the festival, traditionally held at City Hall, was hosted in Queens – at Queens College’s LeFrak Concert Hall. The event, which was free and open to the public upon registration, was a major success, with tickets completely sold out just four days after it was announced. 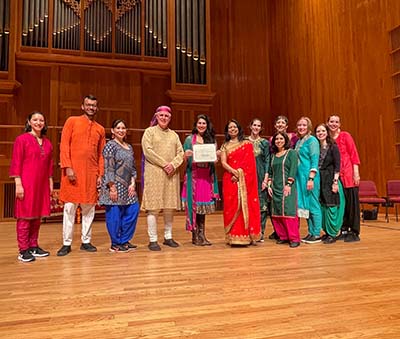 Diwali – known as the festival of lights – is one of the major festivals celebrated by Hindus, Jains, Sikhs and even some Buddhists. Each religion has its own historical narrative behind the holiday. Diwali is widely observed among more than a billion people from a variety of faiths across India and its diaspora. The five days of Diwali are marked by prayer, feasts, fireworks, family gatherings, and charitable giving.

On this occasion we honored accomplished philanthropics of our communities: Mr Kanak Golia, a businessman and a philanthropic, Dr Ravindra Goyal, Pulmonologist and Hindu Center President, Mr. Simarjeet Singh Gizlian, a Sikh community leader and Sarina Jain, a fitness Diva and and founder of Masala Bhangra.

“I was thrilled to host this weekend’s Diwali event at Queens College. Diwali is a time to celebrate the triumph of light over darkness, knowledge over ignorance, and good over evil. It is a beautiful tradition, and I am honored to have played a role in bringing the festival to Queens this year,” said Council Member Gennaro. “I would like to thank Queens College for providing us with the venue, District Leader Neeta Jain, who helped my office organize this event, and all the elected officials who came out to celebrate with us.” 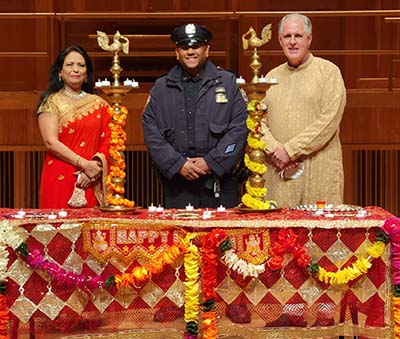 “May the lamps (Diya) of Diwali (Deepavali) illuminate everyone’s life with happiness, peace and good health. Wish you and your family a very prosperous Diwali and a happy new year! On this Diwali, let’s make a promise to bring lights in people lives who suffered during this pandemic, and also pray to God for a good health and fortune for everyone! Looking forward to celebrate Diwali back again at City Hall next year with more joy of having it as NYC public school’s holiday!,” said Dr. Neeta Jain District Leader and co-organizer.

“It was my honor to once again co-sponsor the City Council’s Diwali event and to join my friends and neighbors for a beautiful celebration right here in Queens,” said Council Member Barry S. Grodenchik. “I cannot think of a better start to the holiday season.”

“Diwali is a festival of new beginnings and of light and hope. I was happy to co-sponsor this year’s festivities with my Council colleagues and celebrate this day with our friends and families,” said Council Member Peter Koo. “Wishing everyone a blessed, healthy, and prosperous holiday. May hope and light guide us all this Diwali and this holiday season!”

“It was a pleasure to celebrate Diwali at Queens College on Saturday evening. The festivities honored community advocates who have devoted their time, energy, and resources to improve the lives of countless NYC residents,” said Assembly Member David Weprin. “Diwali is a holiday celebrating the victory of light over darkness. After another difficult year in the pandemic, it was comforting to gather in-person and take part in a ceremony acclaiming the ultimate triumph of good over evil.” 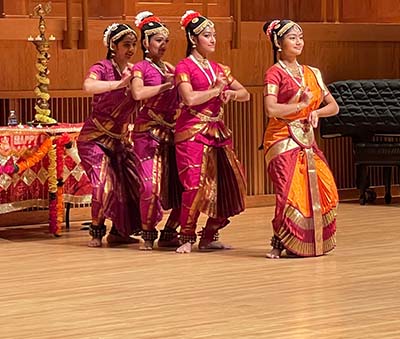 “New York is no stranger to Diwali and its symbolic relevance. It is very heartening to see the festival of lights being celebrated here with great joy and fervor – not only by the South-Asian community, but also by members of diverse ethnicities and nationalities just like the Indian-American community celebrates Christmas and other festivals passionately and with great merriments,” said Deputy Consul General of India, Dr. Varun Jeph, who was in attendance at Saturday’s festival. “It truly reflects the American and Indian values of celebrating diversity and of embracing different cultures. May the festival of lights bring joy, love, peace, prosperity and good health to everyone.”

Deputy Consul General of Israel, Israel Nitzan was in attendance as well and he said ‘ his is the first time I am celebrating Diwali with Indian American community.”  Event was also attended by Desi Society of NYPD officers and a representative from New York Governor Kathy Hochul.