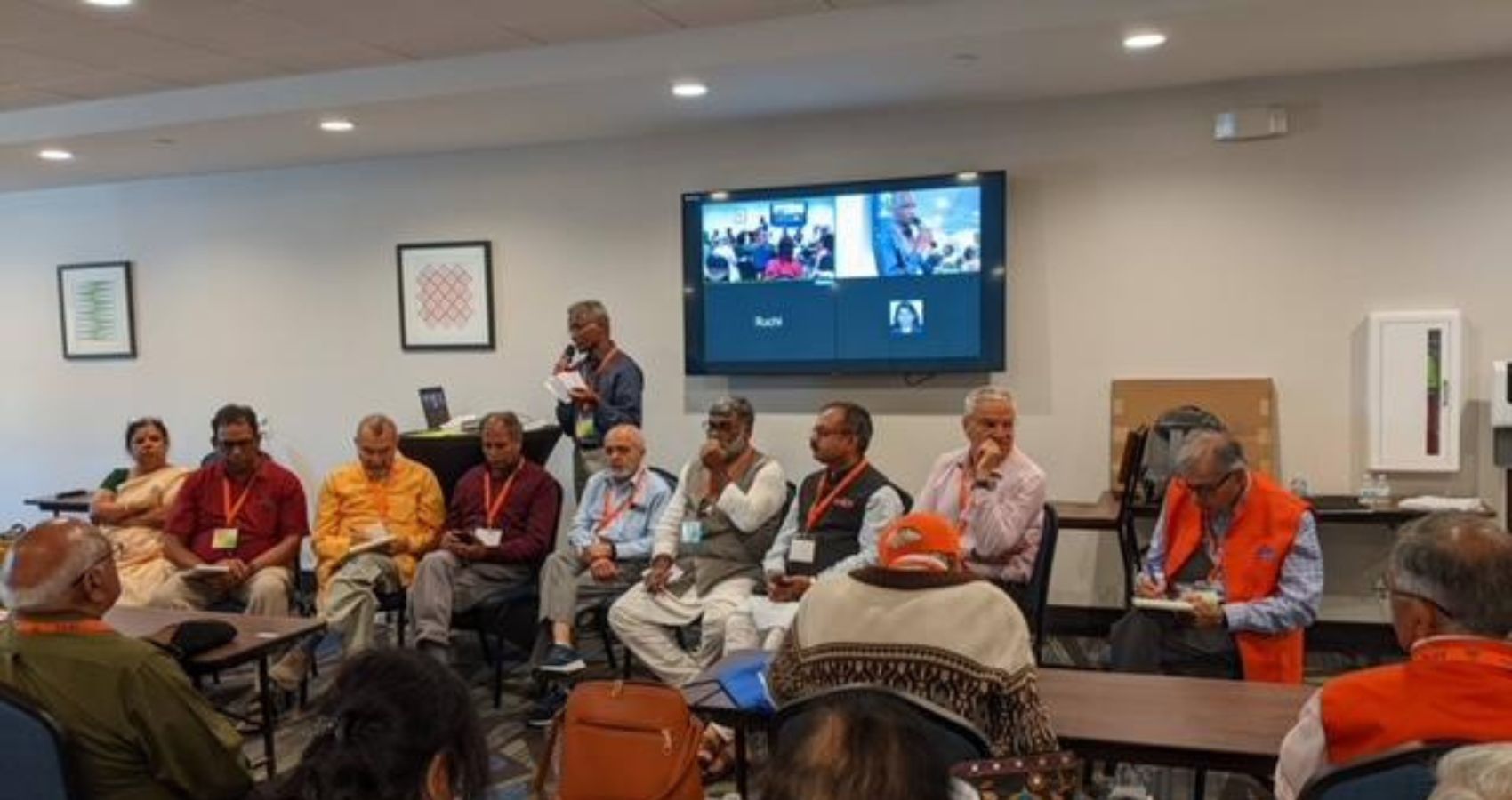 After two years of hosting annual organizational meets virtually, “Ekal Vidyalaya Foundation (EVF)”, last week hosted an in-person ‘International Conference’ in Chicago for its USA, Canada and India components to review and recalibrate the roadmap for the future. The main agenda of the conference was to put ‘Ekal’ (as it is popularly known) on the FastTrack after some setbacks in 2020-21 due to Covid pandemic. Thus, Ekal is launching a new technology driven era by appointing Dr. Subra Dravida, V.P. of ‘Qualcomm’s technology division as the new President of Ekal-USA.

After the previous President, Suresh Iyer, himself a successful entrepreneur in the field of ‘Information Technology’ had brought EVF to the threshold of digitized world, Subraji’s appointment as his successor was inevitable. Dr Subra Dravida, a well-known brilliant mind from New England’s technology hub, has been associated with Ekal for some time now. He had been the President of New England Chapter of Ekal for 4 years, then a member of ‘Board of Directors’ and recently, an Executive V.P., working closely with Suresh Iyer and Ekal-USA Chairman, Arun Gupta.

Subraji received his B. Tech in Electrical Engineer from IIT, Madras in 1979 and earned his M.S. and Ph.D. from RPI, Troy, NY in 1980 and 1984. From 1984 to 1998, he worked at Bell Labs in Holmdel, NJ. In 1998, he moved to Massachusetts to work in a start-up, MaxComm Technologies, as VP of Engineering before subsequently ending up as V.P. of Technology with Qualcomm. Subraji has over 50 Patents in Networking and Cellular Communications and has numerous research papers to his credit.

‘Ekal’ is the largest literacy movement globally undertaken by NRIs and Indians, that also provide healthcare training, economic empowerment and integrated village development to the rural folks. Currently, it is running 78,000 schools that is grooming 2.1 million each year across rural-tribal parts of India. When asked about what initially attracted him to Ekal, Subraji said, “I had been attending Ekal fund raisers for some time and it is Ekal’s concept of running a whole school for mere $365 a year is what pulled me in”.

He further added that,” this modest amount transforms permanently the lives of about 30 children and indirectly that of the whole community and so what better investment there could be for the brighter future of India”.  Dr Subra Dravida has generously supported Ekal from the beginning. He has sponsored ‘Ekal-on-wheels’ (mobile computer training van) for Telangana and supported ‘Integrated Village Development’ for Andhra Pradesh.  As for his vision, Subraji wants digital technology, equipped with tablets and computers to transform education, train teachers, add vocational skills and expand Ekal’s reach. Swami Vivekananda has been the guiding light in his life’s journey and according to him, ‘Jnâna (knowledge), Bhakti (dedication), and Karma yoga (selfless efforts) all converge at one point in Ekal’