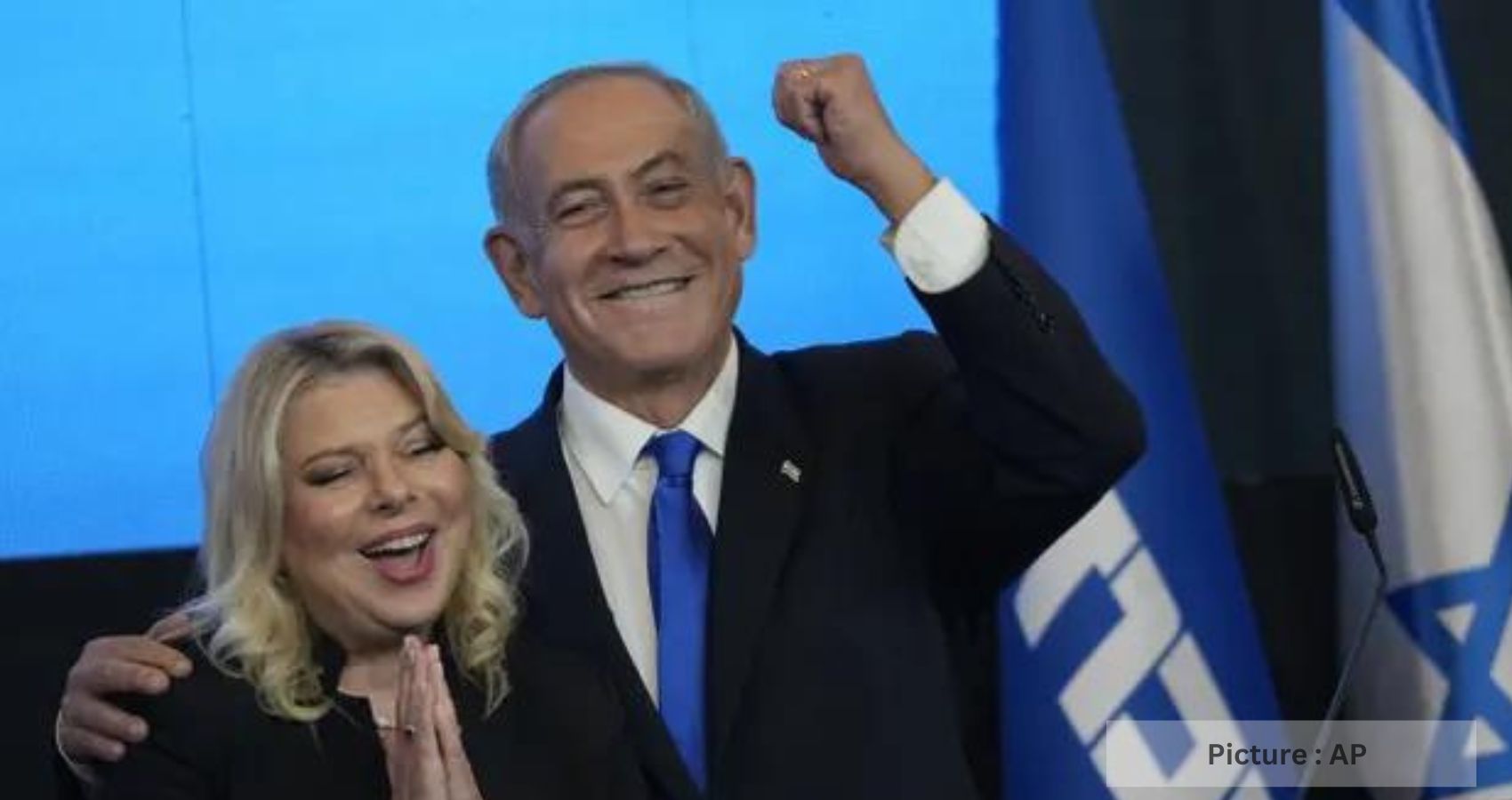 The former Israeli prime minister Benjamin Netanyahu has begun coalition negotiations on forming a government, after winning a decisive majority in Israel’s fifth election in four years with the help of ultra-Orthodox parties and a new alliance with the far right.

After a year in opposition, and years of political chaos triggered by his ongoing corruption trial, the veteran politician engineered a comeback in Tuesday’s vote. His majority means that the period of electoral deadlock is in all probability over for now, and Netanyahu – already the country’s longest serving prime minister – is set to stay in the job for at least the next four years. Back in office, the 73-year-old’s first priority will be seeking to get his trial dropped. He denies all charges.

Some of Israel’s allies abroad are concerned about the possibility that Benjamin Netanyahu will appoint far-right politicians to key positions as he forms a new government.

Jewish nationalist Itamar Ben-Gvir, who met with Netanyahu on Monday, is expected to become a senior Cabinet minister. He could face a boycott by the Biden administration, according to a former Obama administration official.

“I think the U.S. is likely to boycott him,” said David Makovsky of the Washington Institute for Near East Policy, who worked on Israeli-Palestinian peace talks under former President Barack Obama. “I have reason to think that they are strongly considering this.”

President Biden congratulated Netanyahu in a call Monday. Neither Netanyahu’s office nor the White House mentioned the topic of Ben-Gvir.

Convicted by an Israeli court in 2007 for inciting anti-Arab racism, Ben-Gvir stoked tension with Palestinians this year when he visited the Al-Aqsa Mosque compound, or Temple Mount, a contested religious site where there is often violence between Israeli police and Muslim worshippers. “We’re the master of the house here,” Ben-Gvir said.

Now Ben-Gvir hopes Netanyahu will appoint him as public security minister, whose duties would include policing and access at the site — though Netanyahu hasn’t announced his choice.

“Having someone who’s going to, I fear, play with matches, given this flammable piece of real estate, I think is a real danger,” Makovsky said. “I think [Netanyahu is] going to be swimming upstream if he feels that he’s going to be able to normalize the position of Itamar Ben-Gvir.”

Netanyahu has sought to calm fears, assuring his government’s policy would be “responsible” without “pointless adventures.” Ben-Gvir said in an op-ed Monday, “I have matured, moderated.”

Danny Danon, a Netanyahu ally hoping to be the next speaker of parliament, argues Israel will maintain good ties with the Biden administration because Netanyahu, not Ben-Gvir, will be in charge of that relationship.

“I think all the issue of Ben-Gvir, it’s overblown,” Danon told NPR. “We will be running the government, and we will be dealing with the important issues … and we proved in the past that we can be responsible about many of the issues, concerning foreign and domestic issues.”

Other potential members of Netanyahu’s emerging government are religious fundamentalists who support weakening Israel’s Supreme Court and have demonstrated hostility to LGBTQ rights and Palestinian citizens of Israel.

The Anti-Defamation League and the American Jewish Committee, two major U.S. Jewish groups, voiced concern. So has a Democratic member of Congress, and there are U.S. news reports of top American officials raising the issue as well. And according to Israeli news reports, the foreign minister of the United Arab Emirates also warned that including certain far-right politicians in the Israeli government could hurt their countries’ relations, even as Netanyahu hopes to forge more diplomatic deals with Arab countries.

Sara Greenberg, who served as Netanyahu’s adviser from 2018 to 2019 on foreign affairs and worldwide Jewish communities, warned about allowing “extremism” in the upcoming Cabinet.

“Any move perceived as infringing on Israel’s democratic and pluralistic nature will have a damaging effect on Israel’s relationship with world Jewry, not to mention the free world,” Greenberg told NPR. “The strength of Israel’s democracy — and also its relationship with world Jewry — hinges on how the government portfolios are assigned and how the coalition acts.” (Netanyahu’s far-right Israeli government allies could face U.S. boycott : NPR)