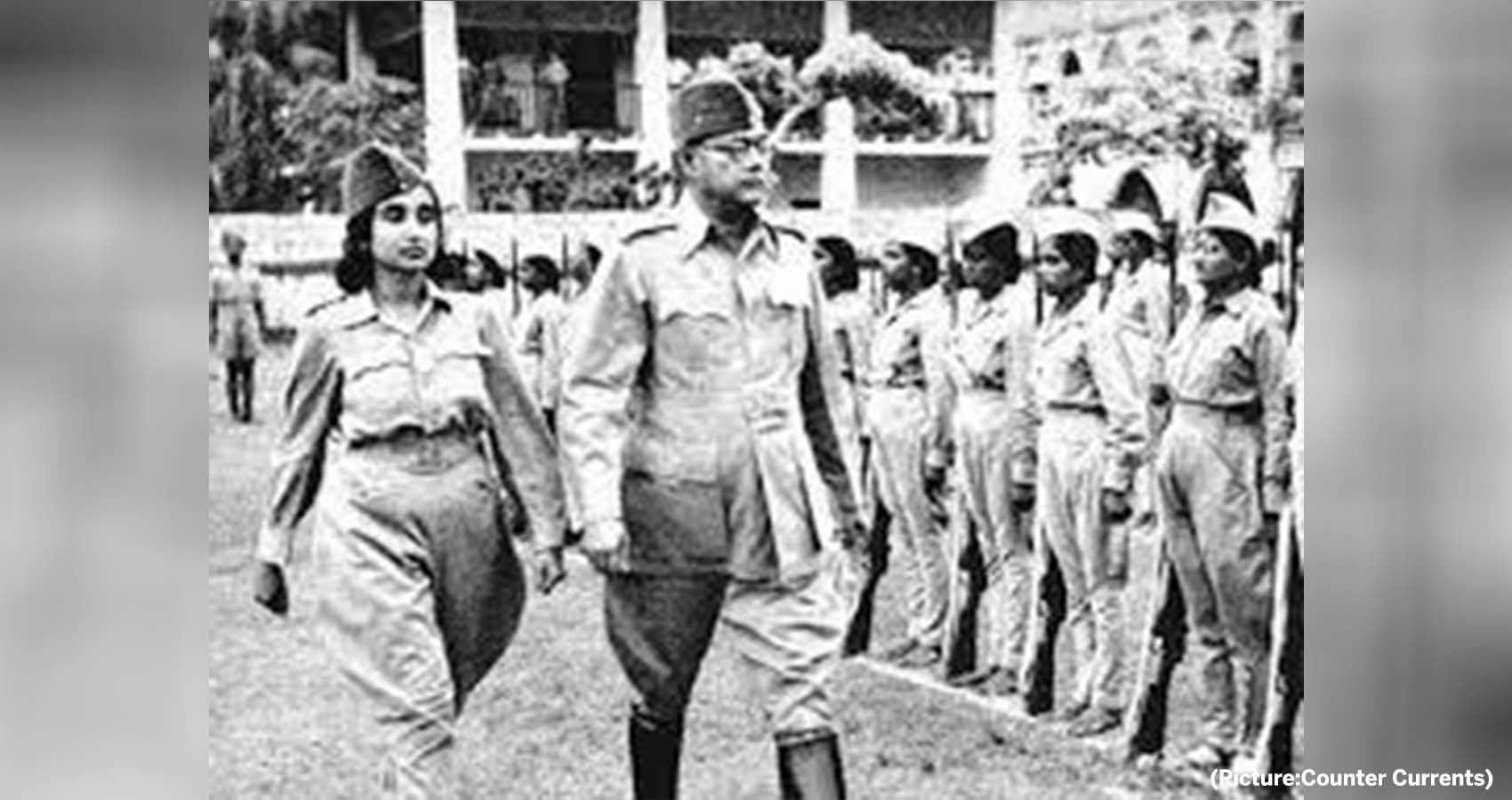 Netaji Sbhashchandra Bose’s birth anniversary was marked by various events this year (January 23). His portrait was unveiled by the President in Rashtrapati Bhavan. It was declared that his anniversary will be celebrated as Parakram Divas (Bravery day). Railway Minister announced the renaming of Howrah-Kalka Mail as Netaji Express. Mamta Bannerjee in contrast stated that his anniversary will be celebrated as Dehs Nayak Divas (National Hero Day). Through word of mouth propaganda and the social media BJP and company is spreading the falsehood that Congress did not honor Bose and that Bose supported Hindutva.

All this is happening in the backdrop of forthcoming West Bengal elections where BJP is making all the attempts to win the Assembly elections. In tune with the attempt to pick up the icons by BJP; Subhash Bose is the latest on the line. He is a tall National figure and is greatly revered in WB. So far BJP never talked of putting Netaji in such a way as it is doing currently. The truth that Netaji’s ideology was totally in opposition to the one being pursued by BJP is being hidden under the carpet and strong attempt is underway to show that Netaji had ideology similar to the present ruling dispensation. Netaji was for socialism, democracy and communal amity and the present ruling party is for Hindu nation, is practicing the divisive politics and is undermining democracy through all its action. 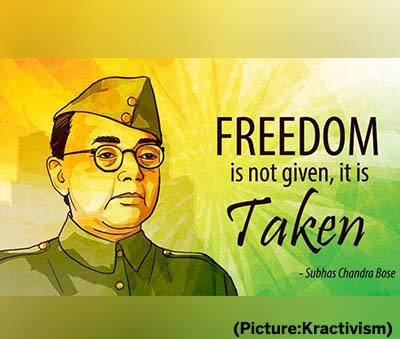 As far as his differences with Congress party (INC) are concerned they related more to means to be employed for getting Independence. He was twice President of INC. The difference came up mainly in the wake of Second World War when Congress under the leadership of Mahatma Gandhi planned a nationwide agitation; ‘Quit India Movement’. Bose at this point of time wanted to make the British quit by allying with Germany and Japan who were Britain’s enemy countries. The majority of Congress Central committee was with Gandhi’s proposal and leaders like Patel and Nehru totally opposed the strategy proposed by Bose.

Still it was a tactical difference; Congress and Bose both were for getting freedom, while Hindu Mahasabha and RSS supported the British war efforts. Savarkar of Hindu Mahasabha was in the lead to make the British army strong by helping them to recruit Indians into British army. Bose on the contrary formed ‘Azad Hind Fauz’ (Indian National Army, INA ) in Singapore with the aim of countering British army. He continued to be admirer of INC, Gandhi and Nehru; as is evident from the fact that he wrote to Mahatma Gandhi addressing him as Rashtrapita (Father of the nation). He sought Gandhi’s blessings while forming INA and two of INA Brigades were named after Gandhi and Nehru.

While Hindu Mahasabha and RSS have been totally against the state sponsored welfare programs and the concept of Socialism, Bose was a firm socialist. Within Congress he was with Nehru and other socialists for incorporation of socialist ideals in the national movement. When he left Congress he formed Forward Block, a socialist outfit, which had been part of the Left Alliance which ruled WB for decades.

Congress also looked at INA in a positive light and when after the end of World War II, the soldiers and officers of INA were tried in the Courts; lawyers like Bhulabhai Desai and Congress leader Jawaharlal Nehru among others fought the case for the INA. Interestingly Nehru adorned the lawyer’s gown precisely to fight the cases for the brave soldiers of INA.

One should note that Hindu Mahasabha’s Shyama Prasad Mukherjee was part of the Government of Bengal in alliance with Muslim League. When British Government was suppressing the Quit India Movement, Mukherjee promised British not to bother about the Quit India Movement in Bengal as he will deal with them properly. Parallel to this Hindu Mahasabha’s Savarkar wanted British army to be strong and chief of RSS, Golwalkar put out a circular to its branches to stick to their regular activities and not to do anything which will annoy the British.

Hindu Rashtra (Nation) has been the main plank of Hindu Mahasabha-RSS. It is not much projected as to what were the ideas of Bose on the issue of nature of Nationalism and Hindu Muslim unity.  To quote Bose from his writings, “With the advent of the Mohammedans, a new synthesis was gradually worked out. Though they did not accept the religion of the Hindus, they made India their home and shared in the common social life of the people – their joys and their sorrows. Through mutual co-operation, a new art and a new culture were (sic) evolved ….” And also that, “Indian Mohammedans” have continued to work for national freedom.” In order to uphold rights of minorities, he conceptualized a new State where “religious and cultural freedom for individuals and group” should be guaranteed and no “state-religion” would be adopted [‘Free India and her Problems’].

While sticking to ‘first comers’, RSS ideologues say that Aryans were the original inhabitants in India and from here they emigrated to parts of West Asia and Europe. In contrast Bose points out “, “The latest archeological excavations … prove unmistakably that India had reached a high level of civilization as early as 3000 B.C. … before the Aryan conquest of India.” His praise for Mohenjo-daro and Harappa is certainly a rational counter-argument based on ‘scientific findings’ against the imagination of a Hindu-Aryan origin of Indian culture.

Peoples Media Advocacy & Resource Centre- PMARC has been initiated with the support from group of senior journalists, social activists, academics and intellectuals from Dalit and civil society to advocate and facilitate Dalits issues in the mainstream media. To create proper & adequate space with the Dalit perspective in the mainstream media national/ International on Dalit issues is primary objective of the PMARC.