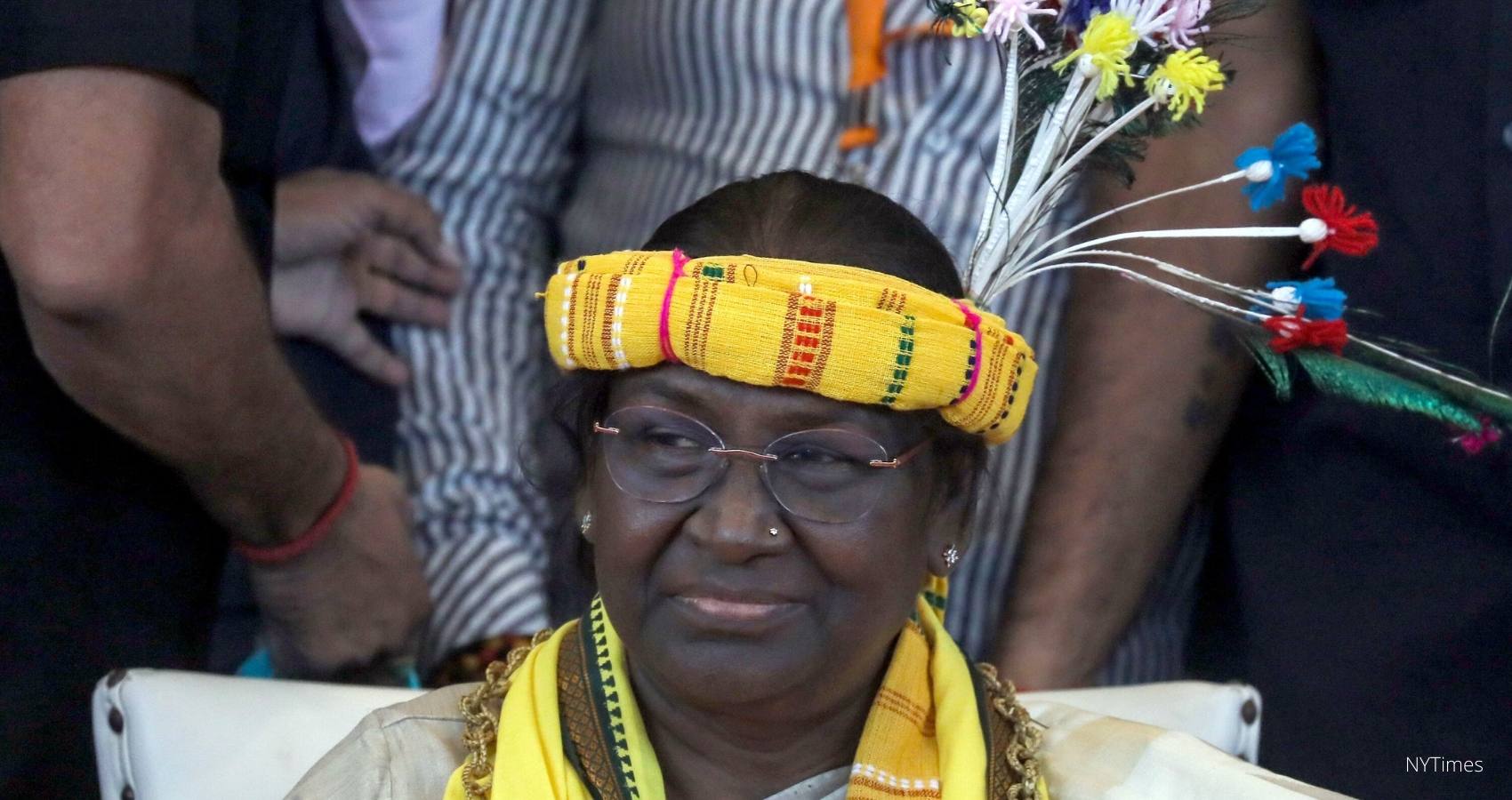 Droupadi Murmu, a tribal politician from the Odisha (Orissa) state was sworn in as the 10th successive president of the Republic of India on Monday, July 25th, 2022 in the central hall of Parliament in New Delhi. The 64-year-old former teacher, the country’s first tribal leader has become the constitutional head of India. Chief Justice of the Supreme Court of India N V Ramana administered the oath of office to the youngest ever President of India. Murmu replaces outgoing President Ram Nath Kovind, whose term ended on July 24th. India, a country with 1.4 billion people and the largest democracy in the world, has a constitutional framework of India is parliamentary, which is led by the elected representative and overseen by the first person of the country, the President of India.

In attendance at the solemn ceremony were: The outgoing President Ram Nath Kovind; Vice President and Chairman of the Rajya Sabha M Venkaiah Naidu, Prime Minister Narendra Modi, Lok Sabha Speaker Om Birla, Members of the Council of Ministers, Governors, Chief Ministers, heads of diplomatic missions, Members of Parliament and principal civil and military officers of the government will attend the ceremony. After the oath ceremony, the President arrived at the Rashtrapati Bhavan, where an inter-services guard of honor was given to her in the forecourt.

The swearing-in ceremony was marked by pomp and grandeur. It began with the arrival of two presidents – the outgoing Ram Nath Kovind and the incoming Droupadi Murmu – in a procession from Rashtrapati Bhavan to the Parliament building. Murmu was then escorted by Prime Minister Narendra Modi, Vice-President and Chairman of the Rajya Sabha M Venkaiah Naidu, Lok Sabha Speaker Om Birla to the Central Hall. After the short ceremony, Murmu and Kovind were escorted out of the Central Hall amid the roll of drums and blowing of trumpets.

Dressed in a white saree with green-and-red border,  in her address immediately after she took the oath as the President of India, Murmu thanked all MPs and MLAs who elected her to the highest office. Murmu, supported by the ruling Bharatiya Janata Party (BJP was elected by the members of both the houses of parliament and of the legislative assemblies of states and federally-administered union territories. “I thank all of you. Your trust and cooperation is my strength. I am the first president who took birth in independent India,” she said. 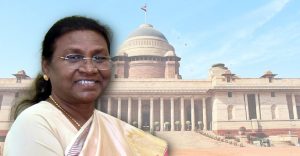 Murmu said that she started her journey of life from a small tribal village in Odisha in the eastern part of the country. From the background that she came from, it was like a dream for her to get elementary education, she said. Her election to the top constitutional post proves that in India, the poor can not only dream but also fulfill those aspirations, she added.

“I have been elected during an important time when the country is marking 75 years of Independence,” she noted. “Reaching this office is not my personal achievement but that of all the poor people in the country,” Murmu said. It is a matter of great satisfaction that those who have been deprived for centuries and those who have been denied the benefits of development, poor, downtrodden, backwards and tribals are seeing their reflection in her, she pointed out.


Tracing her background to the humble beginning, Murmu said, “I belong to the tribal society, and I have got the opportunity to become the President of India from the Ward Councilor. This is the greatness of India, the mother of democracy. It is the power of our democracy that a daughter born in a poor house, a daughter born in a remote tribal area, can reach the highest constitutional post of India.”

This is the first time that India has a tribal — considered the most original inhabitants of the land but have been on the margins of socio-economic development — as the President. This is happening in the 75th year of Independence, which marks the beginning of the government’s celebration of Amrit Kaal.

At 64, Murmu becomes the youngest person to be the President of India. She scripted history last week, defeating joint-opposition candidate Yashwant Sinha, a former Union minister, in a one-sided contest. She polled 6,76,803 votes against Sinha’s 3,80,177 votes to become India’s 15th President.

Born in 1958 in Baidaposi village of Mayurbhanj district, Murmu belongs to the Santhal community, one of India’s largest tribal groups. Daughter of a village council chief, she studied at the Ramadevi Women’s College in the state capital, Bhubaneswar.

Beginning her career as a clerk for the Odisha government, Murmu served as a junior assistant in the irrigation and energy department from 1979-1983. After she quit her job in Bhubaneswar and returned to Rairangpur to take care of her family at the insistence of her mother-in-law, she took up a job as a teacher at the Sri Aurobindo Integral School.

Her political career began in 1997 when she was elected as a councillor in the local polls in Rairangpur. She was often seen personally supervising sanitation work in the town, standing in the sun as drains were cleaned and garbage cleared.

As a member of the BJP, she was elected to the state assembly twice – in 2000 and in 2009 – from the Rairangpur seat. Murmu came into the limelight in 2017 when it was rrumoreded that the BJP was considering her name for the presidential election that year. She was then serving as the governor of the state of Jharkhand.

Murmu devoted her life to serving society, empowering poor, downtrodden and marginalized sections of society. She has rich administrative experience and an outstanding gubernatorial tenure in Jharkhand. Murmu has made a special identity in public life by spreading awareness about education in tribal society and serving the public for a long time as a public representative.

The Indian president acts as the Supreme Commander of the Armed Forces but the prime minister holds executive powers. he president, nevertheless, has a key role during political crises, such as when a general election is inconclusive, by deciding which party is in the best position to form a government. “A daughter of India hailing from a tribal community born in a remote part of eastern India has been elected our President!” PM Modi said on Twitter.

Chinese President Xi Jinping was among the world leaders to congratulate Murmu and said he was “ready to work” with his new Indian counterpart to strengthen relations, according to Chinese state media.

After Droupadi Murmu took oath as India’s 15th President in Delhi on Monday, celebrations were held at her native place – Rairangpur. To celebrate Murmu’s oath, people from her native performed tribal dance on the beats of the folk music. Notably, Draupadi Murmu is the first tribal and second woman to hold the country’s highest constitutional office.