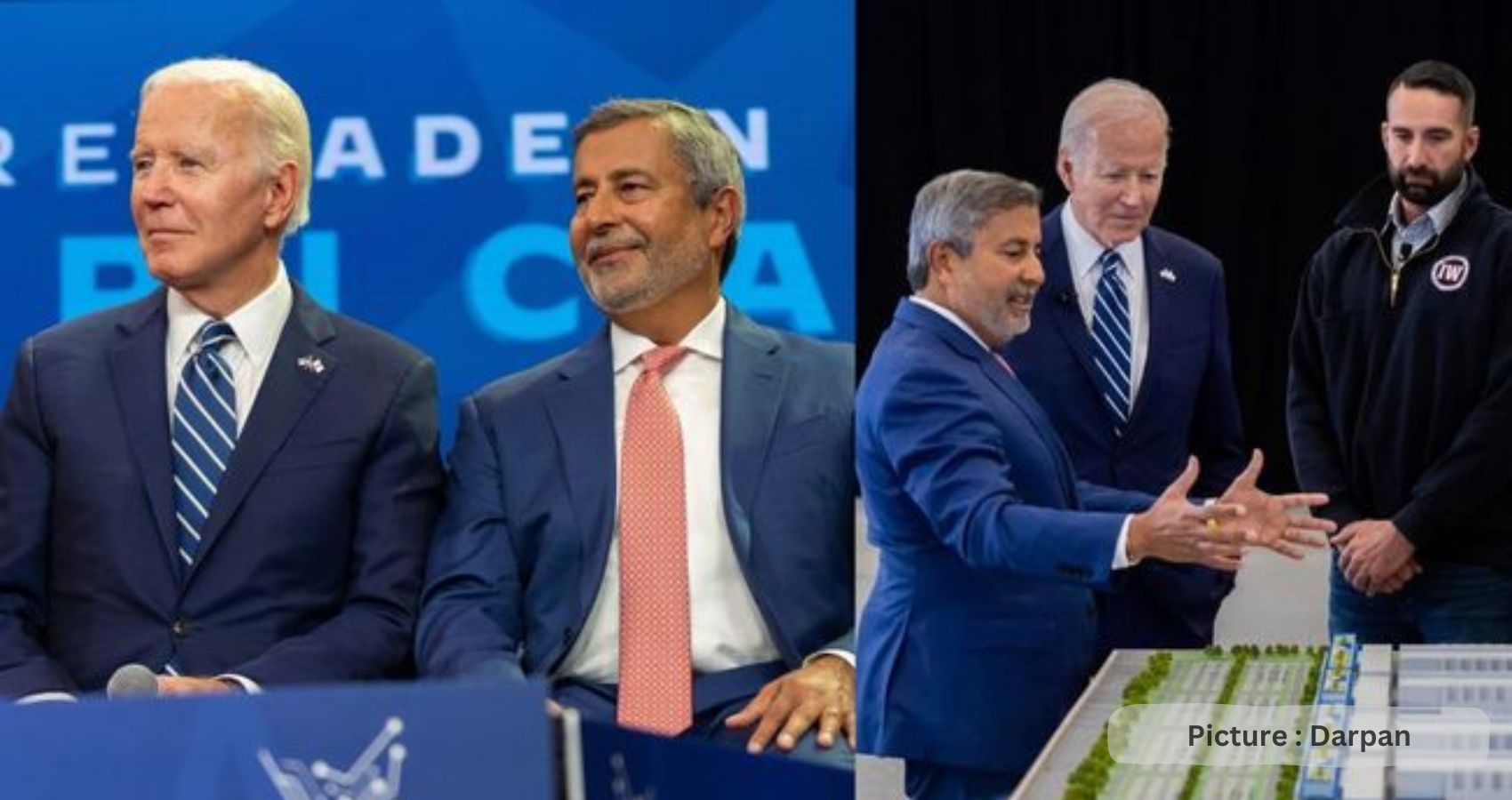 Indian American Sanjay Mehrotra, the CEO of Micron Technology has promised to invest $100 billion over the next 20 years which will be instrumental in the creation of thousands of jobs in New York.

In his LinkedIn post, Mehrotra said that he met President Joe Biden on October 28 and showcased Micron’s future plans and the creation of the largest semiconductor fabrication facility in Clay, New York.

Kanpur-born Indian-origin Mehrotra said in a LinkedIn post that he met US President Joe Biden, and showcased the future plans of his company and the creation of the largest semiconductor fabrication facility in the history of the US.

“Today, I was humbled to meet with President Biden, introduce him to some of the Micron team, and showcase Micron’s plans for our future megafab in Clay, New York. This $100B investment over the next two decades will create the largest semiconductor fabrication facility in the history of the United States,” he said in the post.

Mehrotra said in the post that their company will create 50,000 jobs in New York and will partner with local colleges, universities and community organisation to build the workforce. He said that they aim to make New York the hub of leading-edge semiconductor manufacturing.

he fabs, part of Micron’s manufacturing network, will create memory chips that can be used in the most demanding applications worldwide. “Clay, New York will be able to say with pride that they are home to some of the most advanced semiconductor facilities anywhere in the world. We are proud to drive a vision for high-tech manufacturing leadership here in America,” he said.

The company further stated in a release that it will invest $250 million in the Green CHIPS Community Investment Fund, with an additional $100 million invested from New York, with $150 million from local, other state and national partners. “To secure US leadership in semiconductor manufacturing, cultivate American innovation and ensure economic and national security, it is imperative we come together to build and transform a workforce for the future. Our commitments through the Community Investment Framework represent the first foundational steps toward Central New York’s transformation,” said Mehrotra on President Biden’s visit.

New York Governor Kathy Hochul said that the project’s $500 million community fund will sustain the region in the long term with investments in workforce, housing, and infrastructure.

Micron Technology is a Nasdaq-listed company that focuses on innovative memory and storage solutions.

Micron’s founder Sanjay Mehrotra was born in Kanpur, and completed his schooling from Delhi’s Sardar Patel Vidyalaya. He moved to the US at the age of 18, transferring from BITS Pilani to University of California, Berkeley. He earned his BA and MA degrees in Electrical Engineering and Computer Science from University of California. Mehrotra then enrolled in Stanford University for an executive business degree. He was awarded an honorary doctorate by Boise State University. Mehrotra also holds around 70 patents.