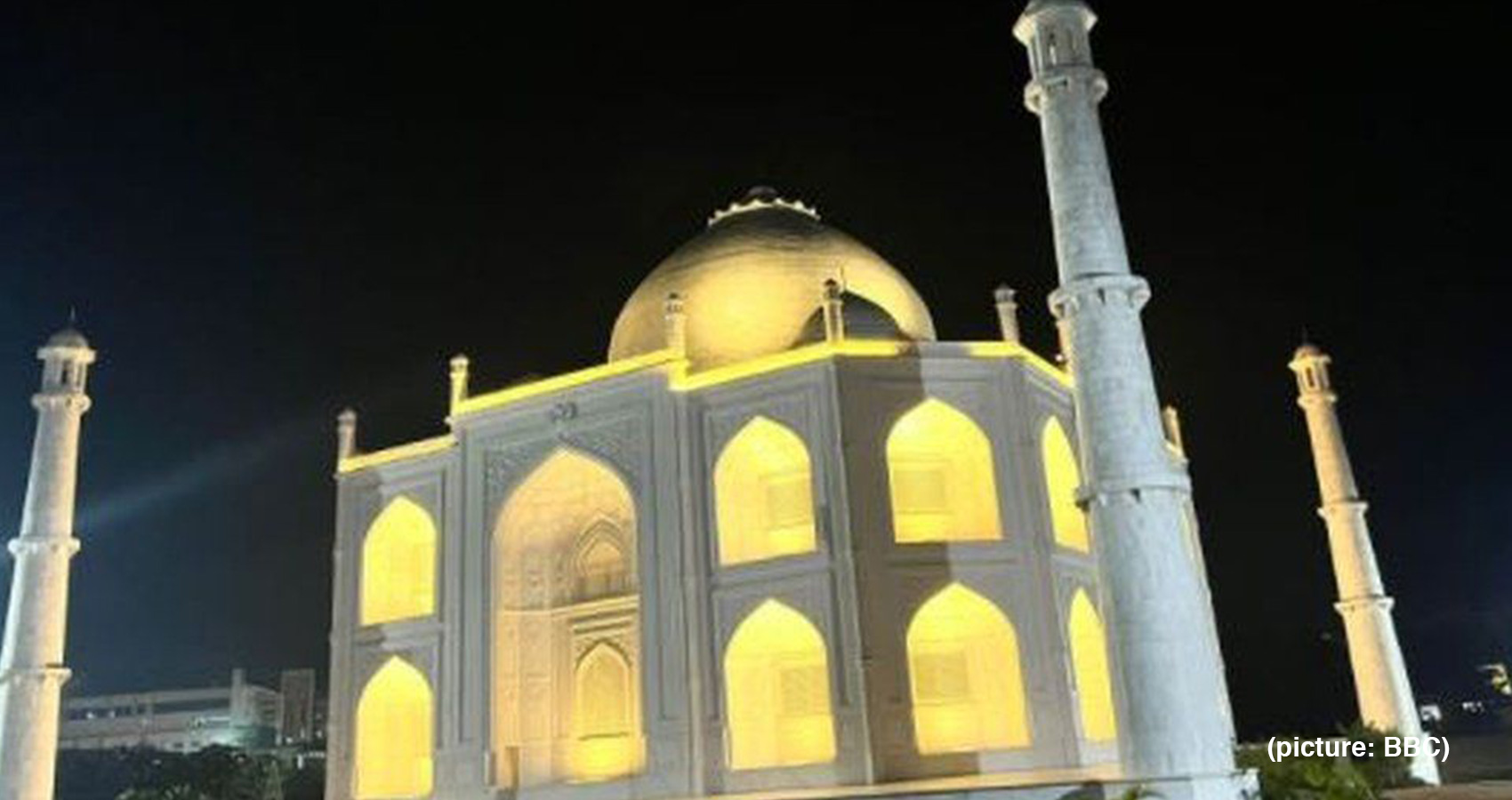 A 52-year-old Indian businessman has built a scaled-down replica of the iconic Taj Mahal as a home for his wife of 27 years.

Anand Prakash Chouksey built his “monument of love” in Burhanpur city in the central Indian state of Madhya Pradesh.

“It was a gift for my wife but also for the town and its people,” Mr Chouksey told the BBC.

The Taj Mahal is a 17th Century mausoleum in Agra city. It was built by Mughal emperor Shah Jahan in memory of his queen Mumtaz who died while giving birth to their 14th child.

The stunning marble monument, famed for its intricate lattice work, is one of India’s biggest tourist attractions. Before the pandemic, it drew as many as 70,000 people every day – a list that has included celebrities and dignitaries. 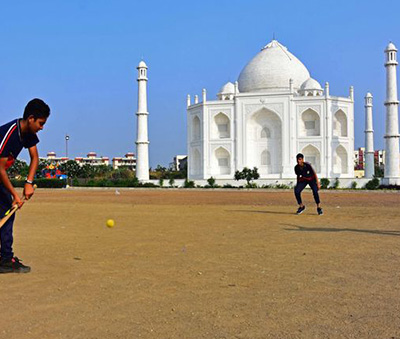 Mr Chouksey’s replica – nestled deep inside his sprawling 50-acre property, which includes a hospital, has also been attracting a steady stream of visitors.

People walk in the lawns and click pictures, he said. “A lot of people have also started to do their pre-wedding shoots here,” Mr Chouksey added.

“I don’t stop them because in our town, we are a close-knit community where everyone knows everyone. So, my house is open for all.”

Mr Chouksey said that not all visitors are allowed inside the house because “after all, it is our home and we live there”.

But sometimes, the family indulges its guests who come and marvel at the house’s lush interiors – the intricate flower motifs that decorate the marble walls and floors, and its overarching lattice windows.

The house consists of two main bedrooms that are located on two separate floors. It also has a library and a meditation room. The drawing room flaunts marble columns, a curving staircase and a gilded ceiling. Image source, Anand Prakash Chouksey

Although the Taj Mahal was the ultimate inspiration, Mr Chouksey said the interiors are not strictly Islamic in design but are infused with contemporary influences, which is evident from the choice of sofas and the curtains.

Building the replica of the famous monument took three years and a flurry of visits to the city of Agra, where the Taj s located, so Mr Chouksey and his wife could study various aspects of the mausoleum.

“We also used a lot of 3D images of the Taj Mahal on the internet to build our own,” Mr Chouksey added. The idea was to build something similar, so the engineers reduced the size to one third of the actual monument.

The four bedroom house is located in a small city in central India In 2013, a retired government official in the north Indian state of Uttar Pradesh had also built a replica of the Taj Mahal in memory of his wife.  But Mr Chouksey says his house is not dedicated to his wife alone.  “Today, there is a lot of hate in our country. People are being divided in the name of religion and caste,” he said.

Prime Minister Narendra Modi’s Hindu nationalist BJP government has been widely accused of polarising India along religious lines, and fostering intolerance. Even the Taj Mahal has been caught in the crosshairs – in 2017, a BJP lawmaker called the monument a “blot on Indian culture” built by “traitors”. Mr Chouksey said he wanted to “spread love” in such distressing times.  “And this house for me is a symbol of that love – one which goes beyond our social differences and the political noise.”