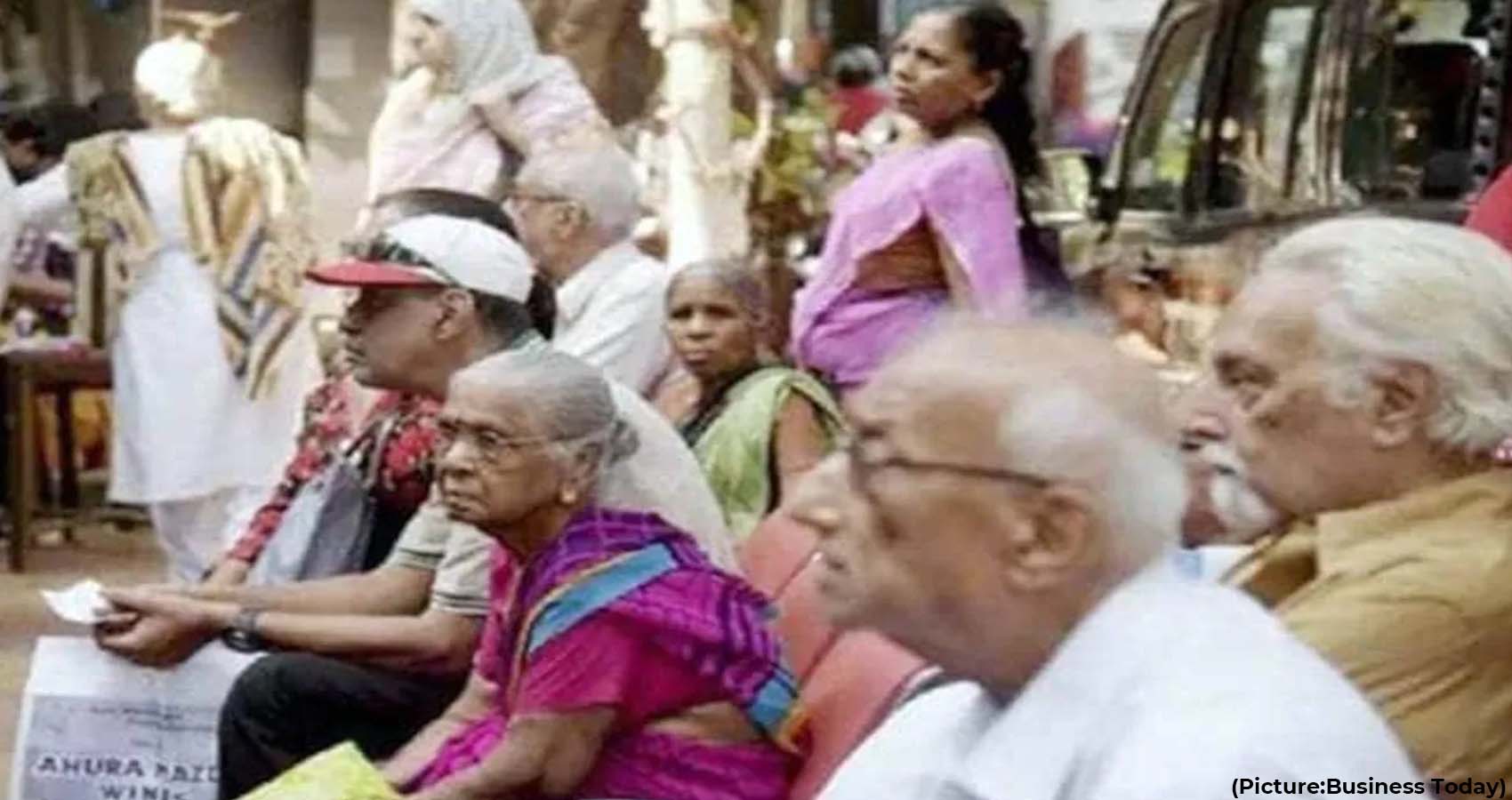 The current life expectancy for India in 2022 is 70.19 years which is a 0.33% increase from 2021, according to reports. In 1950, three years after the country gained independence, the life expectancy stood at 35.21 years. Although its life expectancy is lower than its comparators in the middle-income range, namely, Sri Lanka (77.39 years), Brazil (76.37 years), China (77.3 years) and Costa Rica (80.75 years), the gains in India’s life expectancy have definitely been noteworthy. Due to improvements in healthcare facilities and availability, there have been significant enhancements in infant and child mortality along with maternal mortality. All of these have contributed to the gains in the longevity of life in India. 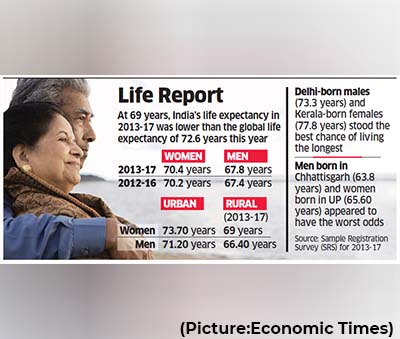 Data in the recently released “abridged life tables” 2015-19 of the sample registration system (SRS) shows that the gap between life expectancy at birth and life expectancy at age one or age five is biggest in states with the highest infant mortality (IMR), Madhya Pradesh and Uttar Pradesh.

In the neighborhood, Bangladesh and Nepal, which had lower IMRs than India (24 compared to 28), now have higher life expectancy at birth of 72.1 and 70.5 respectively, according to the UN’s Human Development Report, 2019.

Life Expectancy is one of the most important and most used indicators for human development. It helps in assessing the overall health of the population. It captures mortality along the entire life course, very different from infant and child mortality. There has been an unprecedented increase in life expectancy due to better availability of medicines, technology and treatments.

While like other nations, life expectancy in India has improved in general, there is a huge gap in data between people from different social and economic groups. As India moves ahead with the idea of Universal Health Coverage, it is important to address the pressing need of giving attention to the health of marginalized populations in India.

Disparities in mortality and morbidity among various social-economic categories have existed in India for several decades. A study published in 2020 in BMJ which analyzed data from National Family Health Survey Round IV (2015-16) showed that the life expectancy of SCs, STs and OBCs were lower than other higher caste individuals.

Furthermore, compared to upper-caste Hindus and other backward castes (OBCs), Adivasis die four years earlier, Dalits three years earlier. This data is from a new 2022 study that looked into Social disadvantage, economic inequality, and life expectancy in nine Indian states. It was published in Proceedings of the National Academy of Sciences of the United States of America.

In absolute terms, the disparities in life expectancy between higher-caste Hindus and life expectancies of Adivasis and Dalits are comparable to the Black-White gap in the United States. To no surprise, another study concluded that individuals with a family income of Rs 50000 had more than double the mortality rate than those with an income of more than Rs 1 lakh.