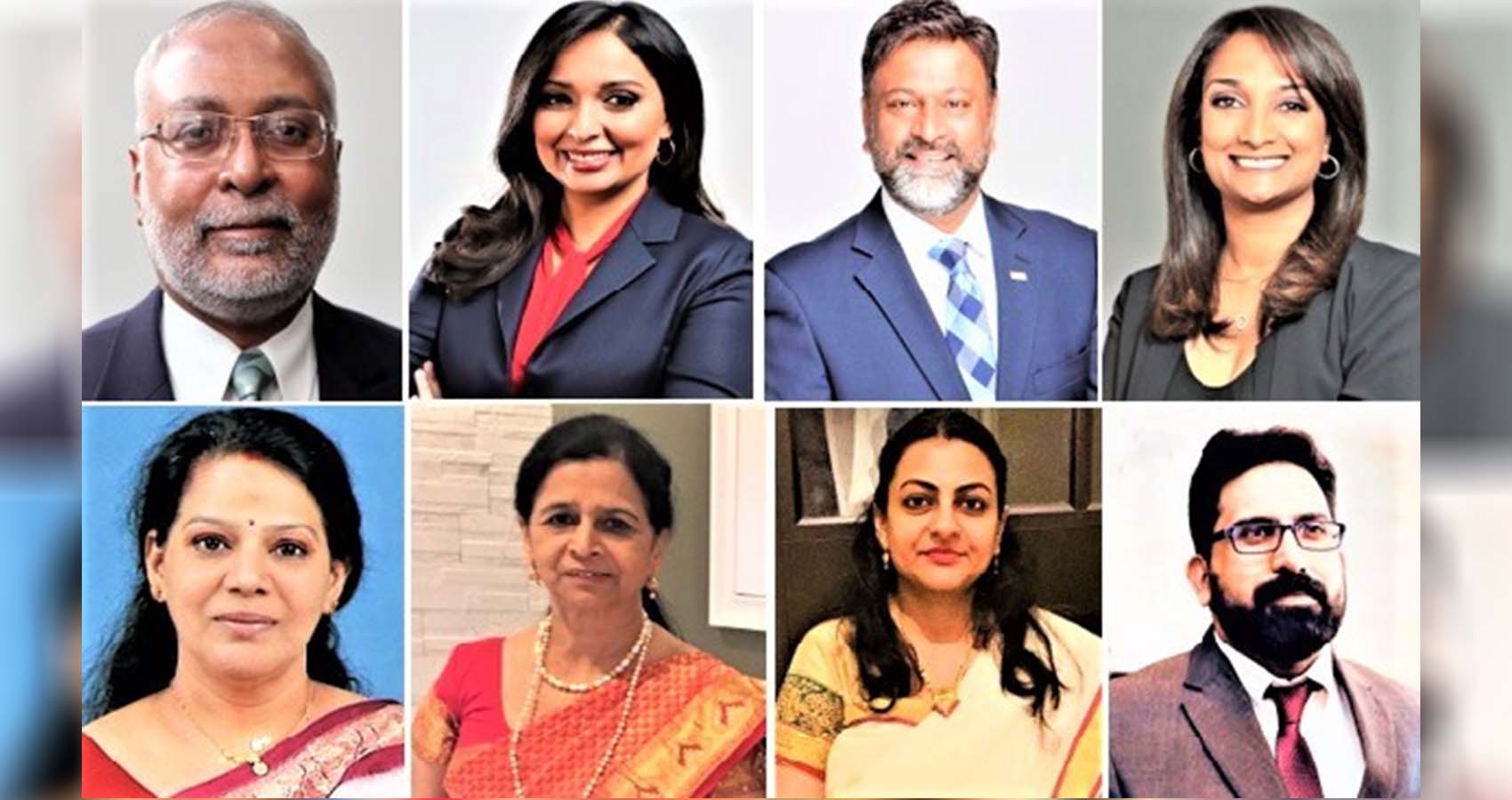 The Indian American Kerala Cultural and Civic Center (http://keralacenterny.com) will honor eight Indian Americans for their outstanding achievements in their field of specialization or for their service to the society at its 29th Annual Awards Banquet to be held on November 13, 2021. The chief guest at the award ceremony will be Dr. Arun Jeph, India’s Deputy Consul General in New York.  The award event will also have New York Senators Kevin Thomas and Todd Kaminsky, Hempstead Town Supervisor, Don Clavin and India Consul for Community Affairs, A. K. Vijayakrishnan, as special guests.

According to Dr. Thomas Abraham, Chairperson of the Trustee Board, the Kerala Center has been honoring outstanding achievers since 1991.  “Every year we invite nominations and the committee has to make a unanimous choice for a candidate in a category to receive the award,” said Dr. Abraham who is one of the members of the Award Committee.  “This year our nominees are no different in terms of their achievements,” said Dr. Abraham.

Award Committee Chair Dr. Madhu Bhaskaran said that Kerala Center has been honoring Indian American  Malayalees who have reached high levels in their professions and who work for social progress.  “Their examples should be an inspiration for others,” he said.

This year, six regular and one special award will be given out to nominees for their special achievements, for their career graph and for their services to the community in the U.S., to people who do the center proud.

Outstanding Achievements in Medicine and Professional Services: This award will be given to Dr. George M. Abraham, President of the American College of Physicians.  Dr. George M. Abraham is the President of the American College of Physicians (the largest internal medicine organization in the world with 161,000 members in 145 countries). He is a Professor of Medicine at the Univ. Mass Medical School, Chief of Medicine at St. Vincent Hospital, Worcester, MA and Adjunct Professor at the Massachusetts College of Pharmacy and Health Sciences.  A graduate of the famous Christian Medical College, Vellore, Tamil Nadu in India, he has authored over 100 publications, abstracts and book chapters.

Notable Achievements in Political Process: This award will go to Mayor Robin J. Elackatt, mayor of City of Missouri City, Texas.  Mayor Elackatt’s public services started with  the city’s Parks & Recreation Board and as (District C) Council member from 2009-2015.  Holding an MBA and a MHA degrees, he served as the Healthcare Administrator of one of the largest Healthcare systems in Houston for over 24 years.

Notable Contributions in Public Service: This award will be given to Dr. Devi Nampiaparampil, the Republican nominee for NYC Public Advocate. Dr. Devi is a practicing physician in pain medicine, a scientist and a small business owner. She is a SAG-AFTRA member who played a doctor on General Hospital before becoming a doctor in real life. Dr. Devi did her residency and fellowship training at Harvard Medical School and is currently an Associate Professor at NYU School of Medicine.

Notable Contributions and Achievements in Performing Arts: The recipient for this award will be Mrs. Chandrika Kurup, the director of Noopura Indian Classical Dance School, New York.  Training under the late Kalamandalam Kalyanikutti Amma, a pioneer in Mohiniyattam, Kurup has been teaching Bharatanattyam, Kuchipuddi and Odissi and enhancing art and culture.

Notable Services and Achievements in Legal Services: This award will be given to Mrs. Nandini Nair, partner and co-chair of the Immigration and Naturalization practice group at Greenspoon Marder LLP. Ms. Nair focuses her practice on U.S. visas, employment-based and family-based applications, naturalization applications and other immigration benefits.  She is ranked among the “Top Lawyers in New Jersey Immigration” by Chambers & Partners.

Mary Joseph, MD, is a graduate of Manipal University Medical School, is currently holding private practice at Wholesome Medical PC and has affiliations with Northwell Systems and Catholic Hospital Systems. During the Pandemic, Dr. Blessy Joseph went out of her way to treat her patients.