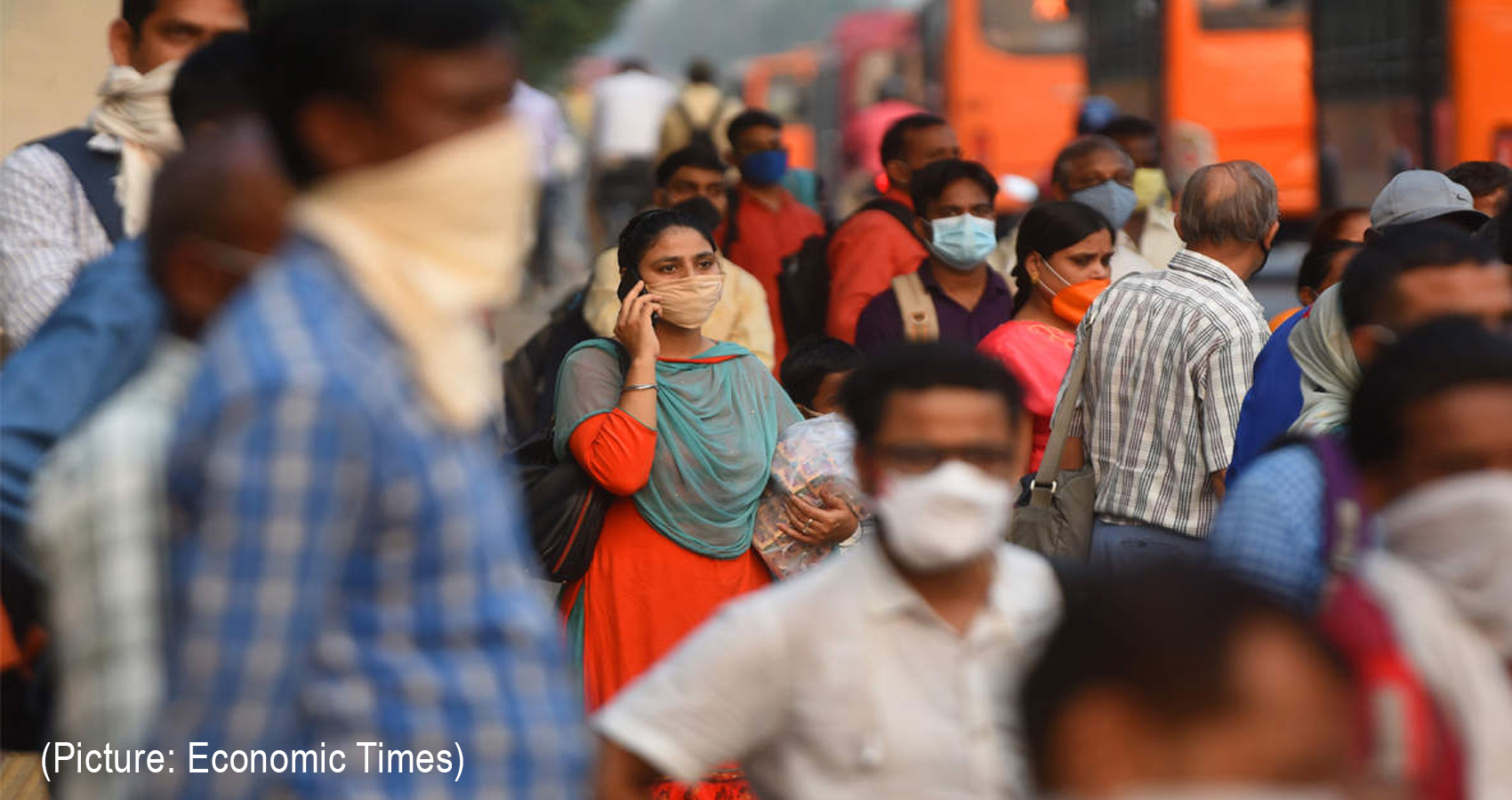 With Covid-19 infections in India consistently on the decline for the past four months, the Home Ministry has allowed further reopening of more public spaces and services while keeping Covid-19 protocols intact.

With many experts saying that India is past the Covid-19 infection peak and in view of a consistent drop in the number of new Coronavirus cases for the lost four month, the government has decided to relax a lot of Covid-19 restrictions starting from February. Several activities in the economy which had been completely restricted during the initial phases of lockdown are inching towards normalisation of their operations.

While domestic flights resumed with 80 per cent capacity in December, schools and colleges have started reopening only now, with more avenues set to exercise greater flexibility from February 1.

In the national capital, the state government announced that students in classes IX and XI, as well as colleges, polytechnics and diploma institutions will be allowed to physically attend classes beginning February 5. Delhi opened schools to classes X to XII last week.

The Gujarat government too announced reopening for classes 9 to 11 on February 1. Private tuition classes for Classes 9 to 12, and private coaching classes for competitive examinations will also be allowed.

The reopening of the primary schools is still a long shot.

Delhi University to reopen from Feb 1

All colleges, centres and departments of the Delhi University will reopen from February 1. While the entire teaching staff has been asked to be physically present, only final year students will attend classes in small batches.

Final year students, who need access to laboratories and have practical classes, will be allowed to return first.  However, it is not mandatory for them to attend.

After staying shut for over 2 months, the Centre announced reopening of domestic flights from May 25, 2020 with a capacity of 33 per cent of pre-covid levels. This capacity limit was gradually increased from 33 per cent to 70 per cent in four phases. The last increase was back in December when the capacity was fixed at 80 per cent.

International flights have still not been given the green signal to fully operate. The ban on scheduled international passenger flights was extended till February 28, the aviation regulator DGCA said on Thursday. The DGCA has allowed flights on selected routes on a case-to-case basis and under bilateral “air bubble” arrangements with selected countries since July. India has formed air bubble pacts with around 24 countries including the US, the UK, the UAE, Kenya, Bhutan and France.

As a new Covid-19 virus strain emerged in the UK, India along with several other nations, suspended flights from the country. After assessing the situation pertaining to the variant, the Centre decided to further extend the restrictions on the number of flights from the UK till February 14. Under the news restrictions, only 30 weekly flights will be allowed between the 2 countries. Earlier, the restrictions, imposed since January 8, were put in place till January 23.

From February 1, the Ministry of Home Affairs has allowed cinema halls to operate at a 100 per cent capacity. The cinema halls after the Covid lockdown, were first allowed to open with a 50 per cent capacity in October. A new set of SOPs issued by the Ministry of Information & Broadcasting calls for at least 6-feet social distancing, mandatory face coverings among other things.