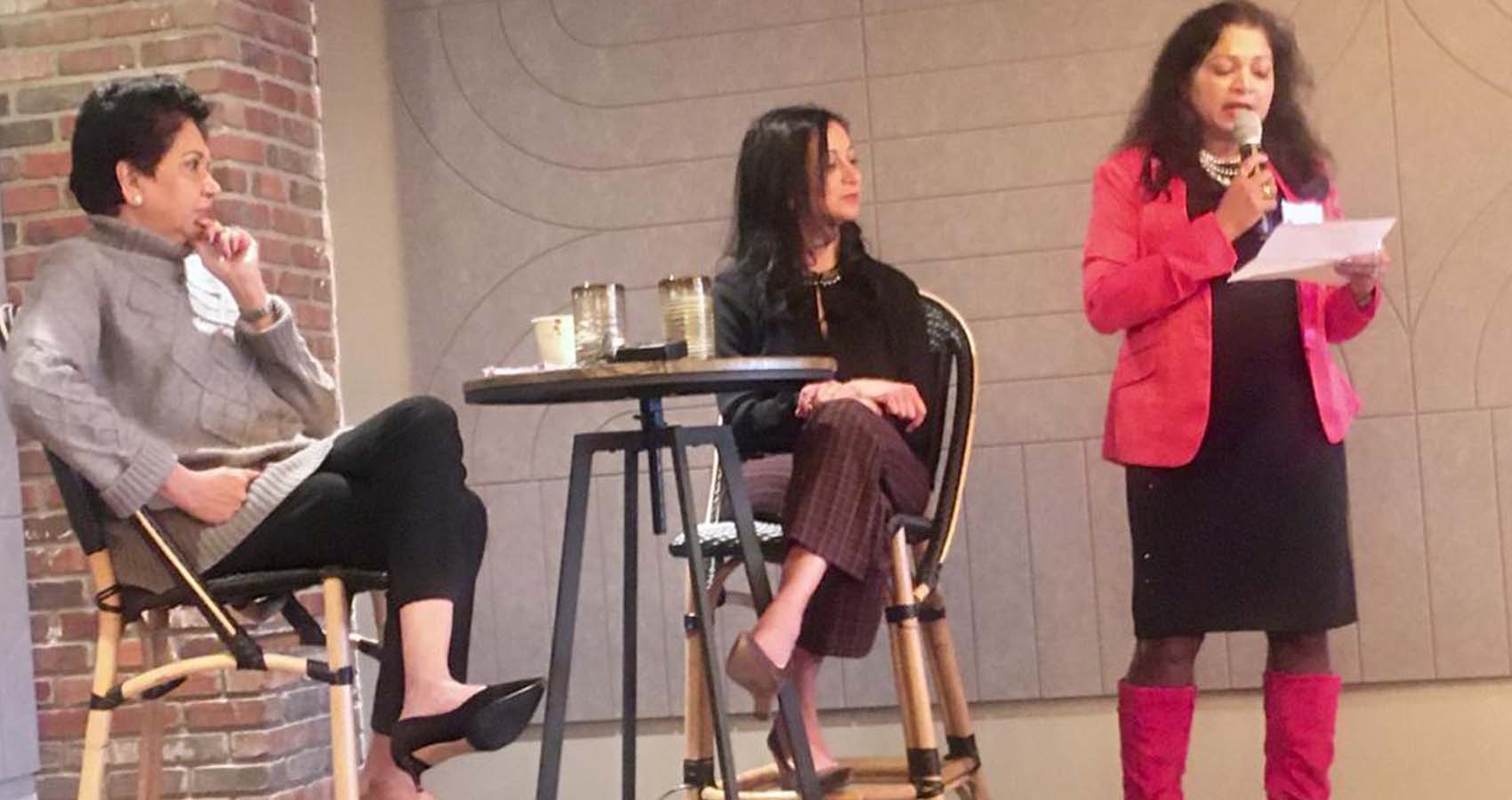 The Connecticut Chapter of the Global organization of People of Indian Origin (GOPIO-CT) and the India Cultural Center (ICC) of Greenwich, Milan Cultural Association of Hartford and Ascend Connecticut/Westchester Chapter co-hosted a program ‘A Conversation with Indra Nooyi’ December 4, 2021, at The Village, near Star Point in Stamford, Connecticut, USA. 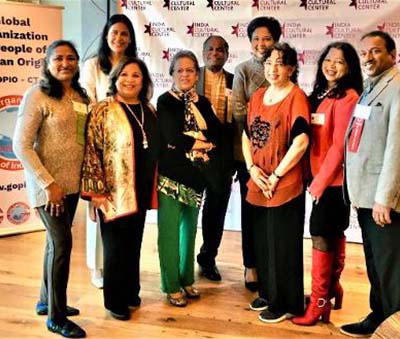 It was a sold-out program, according to a press release, to hear the famous Indian-American CEO, who is a national icon in the U.S., especially for women and immigrants to this country.

Nooyi’s memoir, My Life in Full: Work, Family and Our Future. Was published recently, and discussions at the meeting revolved around the book as well as on life in general for the Indian-American community.

Raised in a traditional home in South India, Nooyi broke many stereotypes to become the first woman to head PepsiCo and enhance the company’s image and revenues, all while raising a family in Connecticut.

A graduate of the Yale School of Management, Nooyi joined PepsiCo in 2019 and was there for 24 years. In her book, Indra Nooyi shares these experiences and ideas of how to balance work and family for women.

At the Dec. 4 event, Nooyi spoke on her life from coming to the U.S. and climbing the ladder to become the first Indian CEO of a Fortune 50 company, at the same time managing her family and helping society at large. 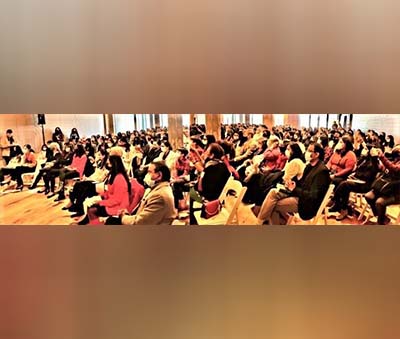 The discussion was moderated by ICC Director Mudita Bhargava, who asked a range of questions. Bhargava is also a Vice Chairman of the Connecticut Democratic Party.

“Family is the most important unit that exists, however, families are fragile and can be messy at times, but it is better to keep it intact,” Nooyi is quoted saying at the meeting. On women’s empowerment, Nooyi said, “It is very important for the women to be educated and be financially independent.”

A sold-out audience for the Dec. 4, 2021, event hosted in Connecticut by GOPIO and several other organizations, to discuss former PepsiCo CEO Indra Nooyi’s new book. Photo courtesy GOPIO “Women are making a difference, for example, 70% of female students in High Schools are valedictorians and they get whole 1 point more in GPA, 47% of MIT students are women and more that 50% graduates are women,” Nooyi added. 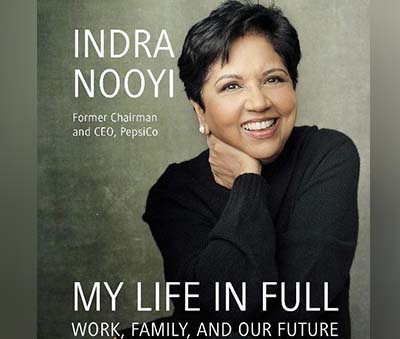 On the role of technology in our lives, Nooyi said that one needs to juggle priorities to balance work and families. On mental health, Nooyi has said “There’s a stigma attached to it, we deny this issue, however we should talk about mental health and support those dealing with it.”

On rising upward in your profession, Nooyi recommended, “Put your hand up for the most difficult assignment because then you’ll leave the mark and you’ll be remembered.” The vote of thanks was offered by GOPIO-CT Vice President Dr. Jaya Daptardar. The book Indra Nooyi – My Life in Full: Work, Family and Our Future is available from Amazon.