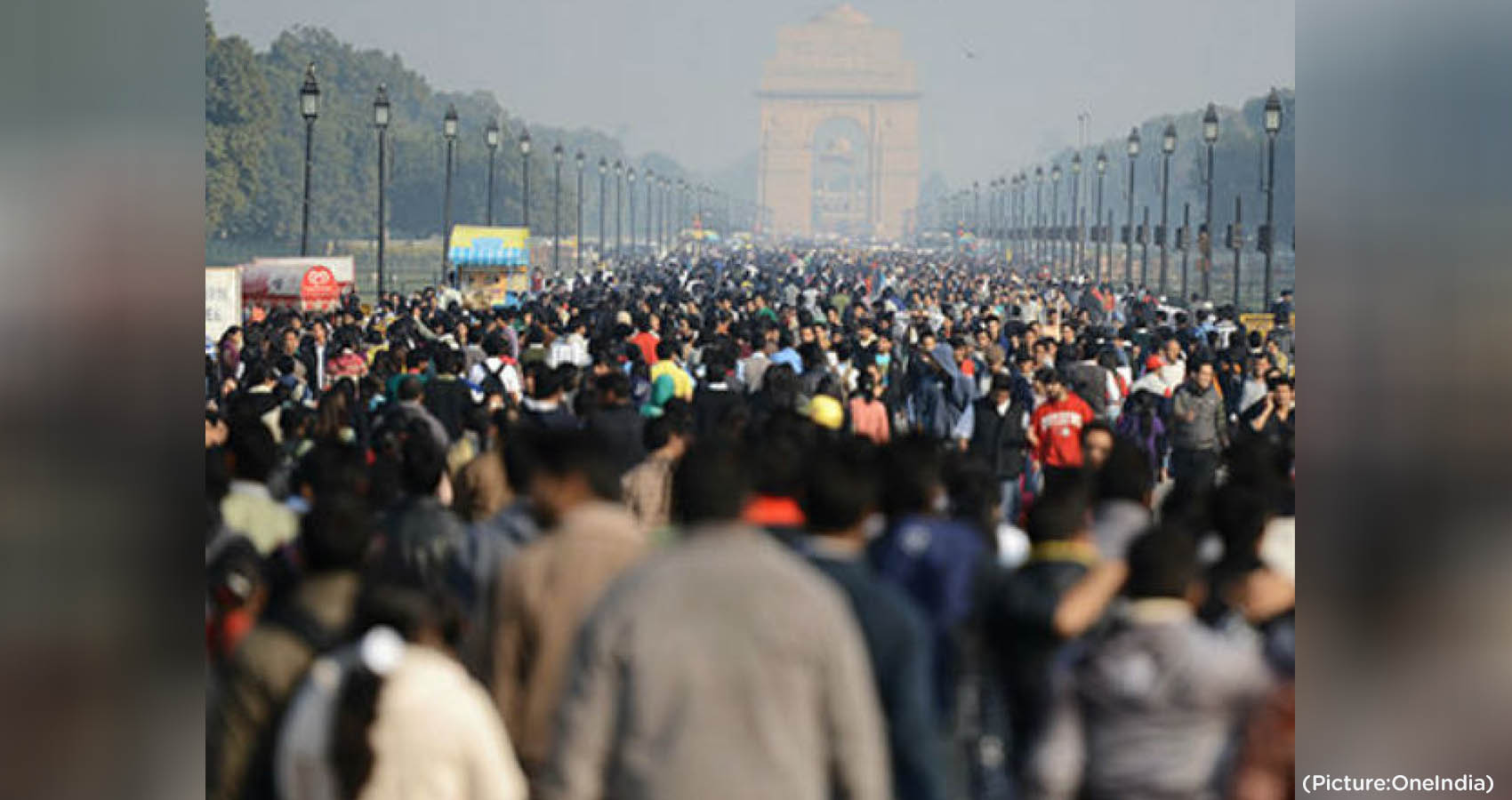 India’s population growth is losing steam as the average number of children born crossed below a key threshold, according to newly released data from a government survey, media reports state. India’s total fertility rate (TFR) across India dropping to 2.0 in 2019-2021, compared with 2.2 in 2015-2016. A country with a TFR of 2.1, known as the replacement rate, would maintain a stable population over time; a lower TFR means the population would decline in the absence of other factors, such as immigration.

Other vital indicators found in the report suggests, India now has 1,020 women for every 1000 men. India’s population is not getting any younger, and India is no longer facing the threat of a population explosion. All three radical findings are part of the summary findings of the fifth round of the National Family and Health Survey (NFHS), which were released by the Union health ministry on November 24.

NFHS is a sample survey, and whether these numbers apply to the larger population can only be said with certainty when the next national census is conducted, although it is very likely that they will in the case of many states and Union territories. In cities across India – as in other countries – women are opting for fewer children: the urban fertility rate is 1.6. 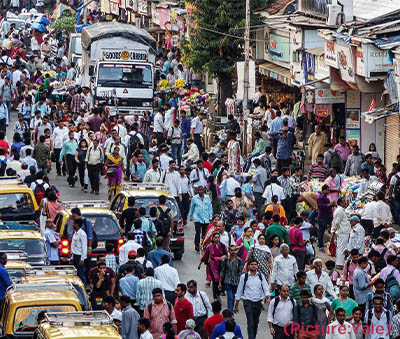 The new data has been welcomed, and is hailed as a heartening signal by government officials and researchers in a country that is expected to overtake China to become the world’s most populous sometime this decade. Since the mid-20th century, Indian leaders have tried to curb high birthrates, which are often reversely correlated with women’s welfare metrics and economic progress. A burgeoning population is seen, in the longer term, as a hurdle to development and a driver of environmental degradation and greenhouse gas emissions.

Indian fertility rates have been trending downward for the last two decades as the country grew richer, underwent rapid urbanization, and rolled out programs that provide contraceptives and family planning education. But the progress shown in just the last two national surveys has been significant, demographers said.

“This is of course good news,” said Nandita Saikia, a professor of public health at the International Institute for Population Studies (IIPS) in Mumbai. “It indicates there has been some kind of transformation in the last four years in socioeconomic conditions.” India’s population has been expected to overtake China’s sometime around the year 2027. That date “could be delayed if this trend continues,” Saikia added, “but not for long.”

The dropping fertility rate does not mean India’s population is already decreasing, but rather its growth rate is slowing. India’s population, which stands at just under 1.4 billion, will continue to rise beyond the year 2050 and peak at over 1.6 billion before stabilizing and returning to about 1.4 billion by 2100, according to United Nations projections.

Several Indian leaders since the country’s independence in 1947 have grappled with the population question. In the 1970s, Prime Minister Indira Gandhi carried out a controversial mass sterilization drive. Population control measures – and the difference in birthrates between India’s religious groups – remain one of the most polarizing issues in domestic politics today.

The declining fertility rate observed in recent years was backed by an uptick in several key indicators, demographers said. The proportion of women who used contraceptives rose from 54 to 67%, according to the national survey, while those who reported an unmet need for contraceptives fell. The proportion of teenage marriages has also decreased, according to the study, while there has been an improvement in the gender balance of newborns in a country with a deeply held preference for sons. For every 1,000 baby boys, there are now 929 baby girls, up from 919 girls five years ago.

The study showed the long-standing gap between India’s north and south widening: the large, poor tracts that line the northern Ganges River continue to show high fertility rates, with women in Bihar state having an average of three children each. Southern states including Tamil Nadu and Karnataka had fertility rates below the replacement rate.

To be sure, the gender ratio at birth for children born in the last five years is still 929, which suggests that son-preference, in its various macabre forms, still persists, but the sex ratio is a significant milestone achieved on the back of policies aimed to curb sex selection practices that were once rampant and female infanticide, and on the fact that women in India tend to live longer than men.

The average life expectancy at birth for men and women was 66.4 years and 69.6 years respectively in 2010-14, according to data from the Census of India website. There are other interesting read outs from the survey. The share of population under the age of 15 years, which was 34.9% in 2005-06, has come down to 26.5% in 2019-21. India is still a young country — a median age of 24 years in 2011 according to the Census figures — but it is ageing, and that comes with the associated policy challenges.

“The fact that we are now an aging population suggests that our approach to women’s health needs a more holistic life cycle view rather than one that prioritises reproductive health only,” Yamini Aiyar, president of the Centre for Policy Research, said. “The fact that more women have completed ten years of schooling in 2019-20 than previously coincides with a drop in female labor force participation points to significant structural challenges in India’s labour market. These need to be urgently addressed if India is to make progress,” Aiyar added.

Finally, the total fertility rate (TFR), or the average number of children per women in India, is now just 2, which is below the internationally accepted replacement level fertility rate – the point at which a population exactly replaces itself from one generation to the next — of 2.1. This means, India’s population may have peaked — another data-point that can only be established by the Census, but which is almost certainly for at least the southern states, as well some of the richer ones.

“There is usually a gap of 30-40 years between total fertility rate falling below replacement levels and a decline in overall population, because the population which will give birth in the next 10-15 years has already been born in the past when fertility levels were higher,” said Dr KS James, director and senior professor at the International Institute for Population Sciences. “Of course, the population growth in southern states is going to fall at a faster rate than the rest of the country,” he added.

NFHS-5 was conducted in two phases between 2019 and 2021, and covered 650,000 households from 707 districts of the country. The States and UTs that were surveyed in Phase-II are Arunachal Pradesh, Chandigarh, Chhattisgarh, Haryana, Jharkhand, Madhya Pradesh, NCT of Delhi, Odisha, Puducherry, Punjab, Rajasthan, Tamil Nadu, Uttar Pradesh and Uttarakhand.

While the statistics quoted above are a watershed moment in India’s socio-economic and demographic transformation story, other findings of NFHS also convey a similar message. Socio-economic challenges facing India, going forward, will need to be dealt with more nuance and some of the stereotypes and political beliefs (such as the political obsession with population control laws) which dominate the public discourse will need to be shelved.

“This is not saying the country’s problems of unemployment, inequality, education, and everything else are automatically over,” said Sanjay Kumar Mohanty, the head of population policies at IIPS. “But population is no longer a top priority concern.”

“The improved sex ratio and sex ratio at birth is also a significant achievement; even though the real picture will emerge from the census, we can say for now looking at the results that our measures for women empowerment have steered us in the right direction ,” said Vikas Sheel, additional secretary, Union ministry of health and family welfare and mission director, National Health Mission.