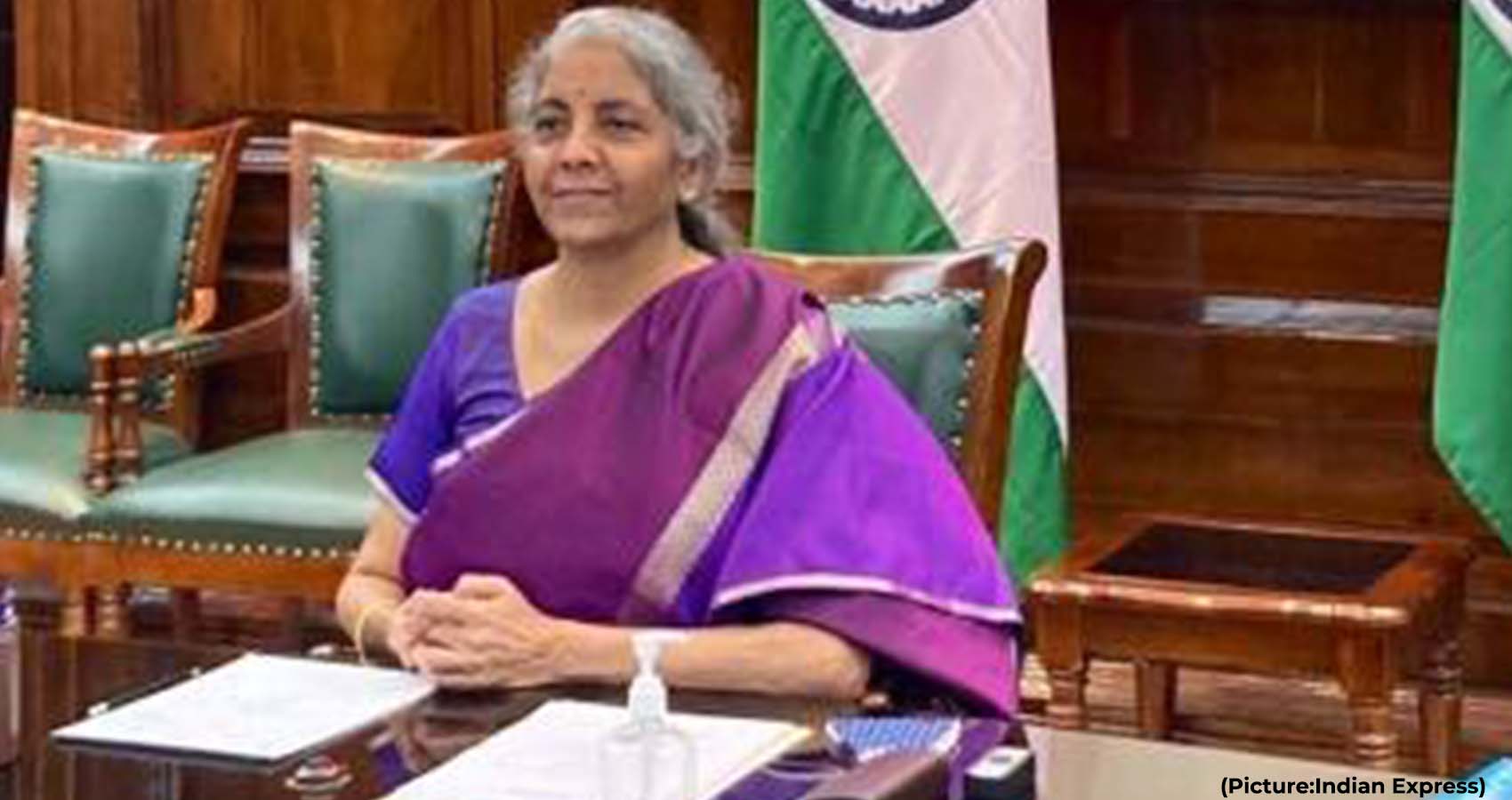 India’s Finance Minister Nirmala Sitharaman is on an official visit to the USA to attend spring meetings of the International Monetary Fund and World Bank. She will also participate in G-20 Finance Ministers and Central Bank Governors meetings.

During her visit, Sitharaman will take part in bilateral meetings with several countries, including Indonesia, South Korea, Sri Lanka and South Africa. The FM is scheduled to hold one-on-one meetings with top executives from the semiconductor, energy and other sectors of priority for the Indian government, the ministry said.

Sitharaman on Tuesday made a case for regulating cryptocurrencies at a global level to mitigate the risk of money laundering and terror funding. Participating at a high-level panel discussion organized by the International Monetary Fund (IMF), Sitharaman said: “The risk which worries me more on the non-governmental domain is essentially you’re looking at unhosted wallets across the borders, across the globe… So, regulation cannot be done by a single country within its terrain through some effective method and for doing it across the borders, technology doesn’t have a solution which will be acceptable to various sovereigns at the same time applicable within each of the territories,” she said.

“I harp on that very much because I think the biggest risk for all countries across the board will be on the money laundering aspect, and also on the aspect of currency being used for financing terror,” she said.

However, she said, cross border payments between countries will become very effective through Central Bank-driven digital currencies. RBI is planning to come out with a central bank-backed digital currency using blockchain technology in 2022-23.

During the current visdit, Sitharaman will participate in the meetings of the finance ministers and central bank governors of the G20 nations, apart from holding bilateral meetings with many countries, the finance ministry said in a statement. Sitharaman will also be attending an event at the Atlantic Council and meeting with faculty members and students at Stanford University in California.

The FM is scheduled to hold one-on-one meetings with top executives from the semiconductor, energy and other sectors of priority for the Indian government, the ministry said.

She is also scheduled to meet World Bank president David Malpass and take part in a high-level panel discussion on “Money at a Crossroad” hosted by IMF managing director Kristalina Georgieva.

She will be also meeting with CEOs from the semiconductor, energy, and other industries the Indian government is concerned with.  “In a high-level meeting, the Finance Minister will also meet Mr. David Malpass, President, World Bank. During the course of the visit, Smt. Sitharaman will participate in a high-level panel discussion on ‘Money at a Crossroad’ hosted by the Managing Director, IMF,” the statement read.

The visit comes amid Washington and NATO’s pressures to push India into taking an anti-Russia stance on the Ukraine conflict, in addition to pressing New Delhi to join the West-led sanctions against Moscow. India has been pushing back against such pressures, aligning itself with its interests with Russia.

However, many are saying that no matter how much Washington emphasizes the strategic partnership with India, the differences between the two on their approach to the Ukraine conflict is the elephant in the room. It also does not change the fact that Washington, throughout the meeting, pressured India to condemn Russia. In fact, it was the theme of the meeting.

Over the past 2 years, the US and India have had close interactions, amid Washington’s attempts to contain China in Asia. However, their “friendship” could not withstand the tough tides of the Ukraine war and thus the two are now at odds.

India has refused to participate in Washington’s and Europe’s sanctions against Russia. Furthermore, unlike a plethora of countries that have cut economic ties with Russia, India maintained it and, actually, increased Russian energy imports and helped keep the Russian ruble stable.