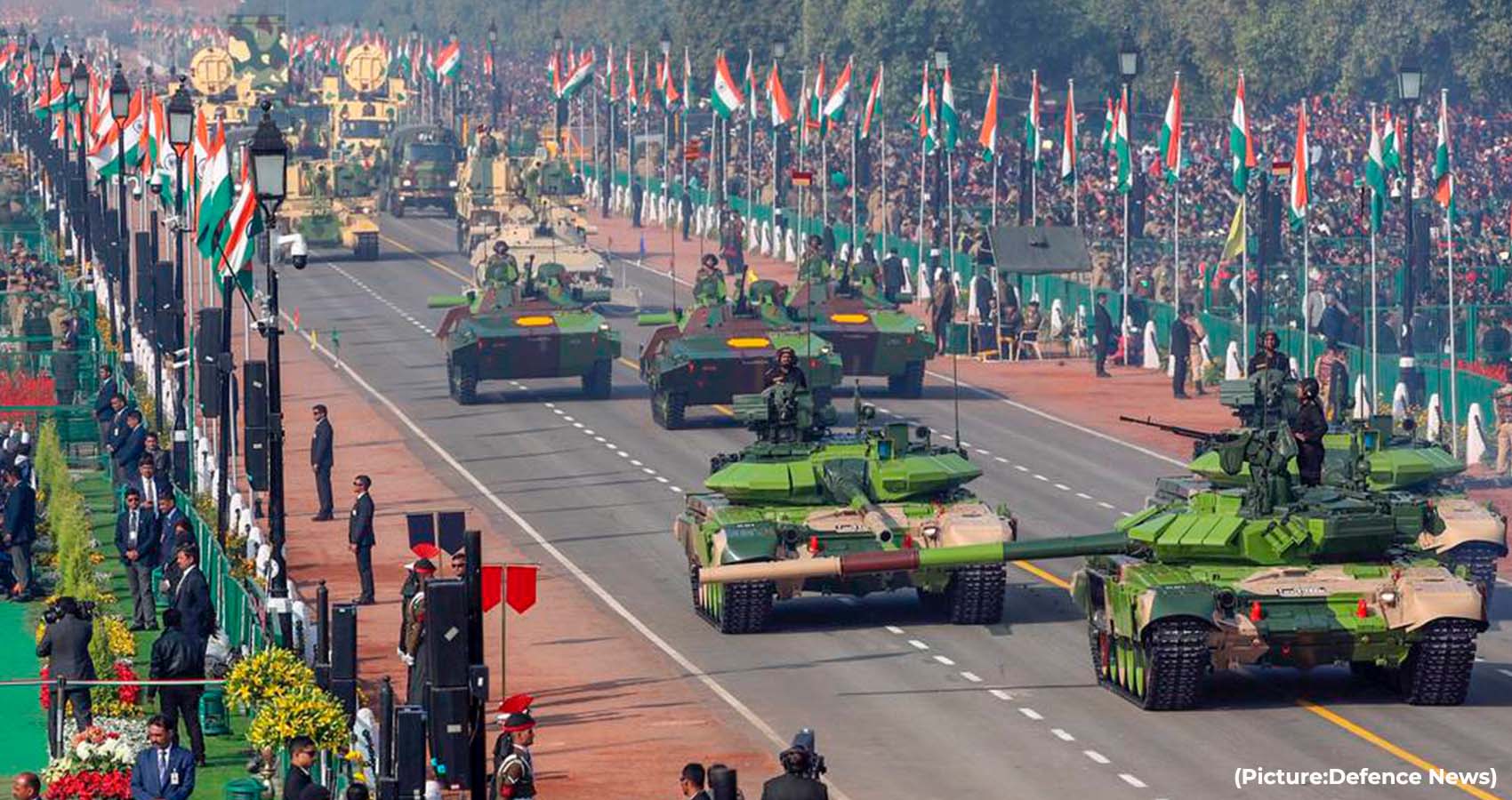 The world order has changed since the Ukraine war, said Dr. Sampat Shivangi, National President of Indian American Forum and a past Legislative Committee Chairman of the American Association of Physicians of Indian Origin (AAPI) after he attended a breakfast meeting last week with Senator Roger Wicker, the top Republican Senator from Mississippi.

“Here is a great opportunity for India that Senator Roger Wicker who is a great friend of India can help India in providing the defense needs of the country and with better technologies than Russia, even though Russia has been a steady partner of India,” said Shivangi, after his 1:1 meeting with the Ranking Member of the Senate Arms Services Committee last week.

“In a changing world order, post-Ukraine invasion, India and Indian Americans think about the possibility of reduction in defense supplies from Russia to India a steady friend and partner of India for many decades,” the veteran AAPI leader told this writer. “With plummeting and devastating effects of war, can Russia provide assured suppliers to India especially possible ban of Western digital supplies to Russia in their defense production?” Dr. Shivangi, a physician, and an influential Indian-American community leader asked.

The ongoing invasion of Ukraine by Russia has exposed the vulnerabilities of Russia made weapons and their effectiveness. While India has been a long-time friend and defense purchaser of Russia. According to the Congressional Research Service (CRS) report, since 2010, Russia has been the source of nearly two-thirds (62 per cent) of all Indian arms imports and India has been the largest Russian arms importer, accounting for nearly one-third (32 per cent) of all Russian arms exports. 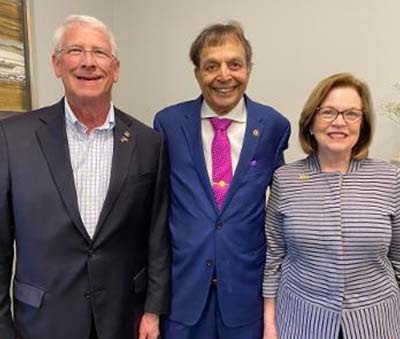 Dr. Shivangi is of the opinion that “It is apt time India should think alternative suppliers source. What can be a better source than US? We have a great opportunity here as our Senior Senator from Mississippi has been elected as a Ranking member of the US Armed Service Committee of the US Senate.  With his assistance and good offices, especially after 2+2 summit, I hope and look forward to such increased collaboration with the successful Indo pacific QUAD treaty.

With India being in a tough neighborhood, Russia will not be able to provide or be a major supplier to India as with its war with Ukraine it has lost an enormous amount of its war machinery and a Western ban on high tech imports. As a result, it will be tougher for Russia to provide its arms and technology to India, Shivangi said in a statement after his meeting with Wicker. It’s noteworthy that during Monday’s 2+2 Ministerial Dialogue, India and the US have agreed to step up military-to-military cooperation.

As the National President of Indian American Forum for Political Education, one of the oldest Indian American Associations, Dr. Shivangi, has lobbied for several Bills in the US Congress on behalf of India through his enormous contacts with US Senators and Congressmen over the past three decades.

A close friend to the Bush family, Dr. Shivangi has been instrumental in lobbying for first Diwali celebration in the White House and for President George W. Bush to make his trip to India. He had accompanied President Bill Clinton during his historic visit to India.

Dr. Shivangi is a champion for women’s health and mental health, whose work has been recognized nationwide. Dr. Shivangi has worked enthusiastically in promoting India Civil Nuclear Treaty and recently the US India Defense Treaty that was passed in US Congress and signed by President Obama.

Dr. Sampat Shivangi, an obstetrician/gynecologist, has been elected by a US state Republican Party as a full delegate to the National Convention. He is one of the top fund-raisers in Mississipi state for the Republican Party. Besides being a politician by choice, the medical practitioner is also the first Indian to be on the American Medical Association, the apex law making body.

Days after the high-profile visit to India and the remarks by Mr. Daleep Singh, Deputy National Security Advisor to President Joe Biden at the White House recently, Dr. Shivangi hoped that this would not have a major impact on the Indo-US ties. “Many in India and many Indian Americans felt that Daleep Singh’s remarks were abrasive, coming from a fellow Indian American. Hopefully, his remarks have not muddled the water as reported in Indian media,” Mississippi-based Shivangi said in a statement. “India is a major QUAD partner of the US and will continue to have strong ties and mutual respect and friendship in the coming days,” he added.

Singh got front-page attention as the architect of economic sanctions against Russia in its war against Ukraine, he said. During his visit to India, Daleep Singh, in his interaction with reporters, cautioned India against expecting Russia to come to the country’s defense if China were to violate the Line of Actual Control as the two countries are now in a “no limits partnership”.

While moderating a session on “Latte with Legislators” organized by AAPI, Dr. Shivangi lamented that there is “a new wave of Anti-Indian American sentiments especially against Indian Physician group which makes up 15% of Doctors in the US,” Dr. Shivangi, feels, “IIt may be due to Indian Americans have the highest per capita income and highest education level in the nation.”

Calling it as “prejudicial” Dr. Shivangi, urged that “we need to resolve this prejudice against minorities. With this in mind, I requested Congressmen Jamie Ruskin from Maryland to seek his advice and possible way to resolve this. Congressman Ruskin was very supportive and offered his unconditional support.”

After meeting with the top Republican Senator, Dr. Shivangi thanked the Senator Roger Wicker for advocating that the US should help India address its defense needs so as to reduce its dependence on Russia. Recently, Wicker introduced a Bill in the US Senate to cut the backlog of thousands of Indians who are waiting on their Green Cards for decades. “He was gracious enough to introduce this Bill at my request, which was a great honor for me and many Indian Americans. He continues to fight for the cause of Indian Immigrants,” Dr. Shivangi said.