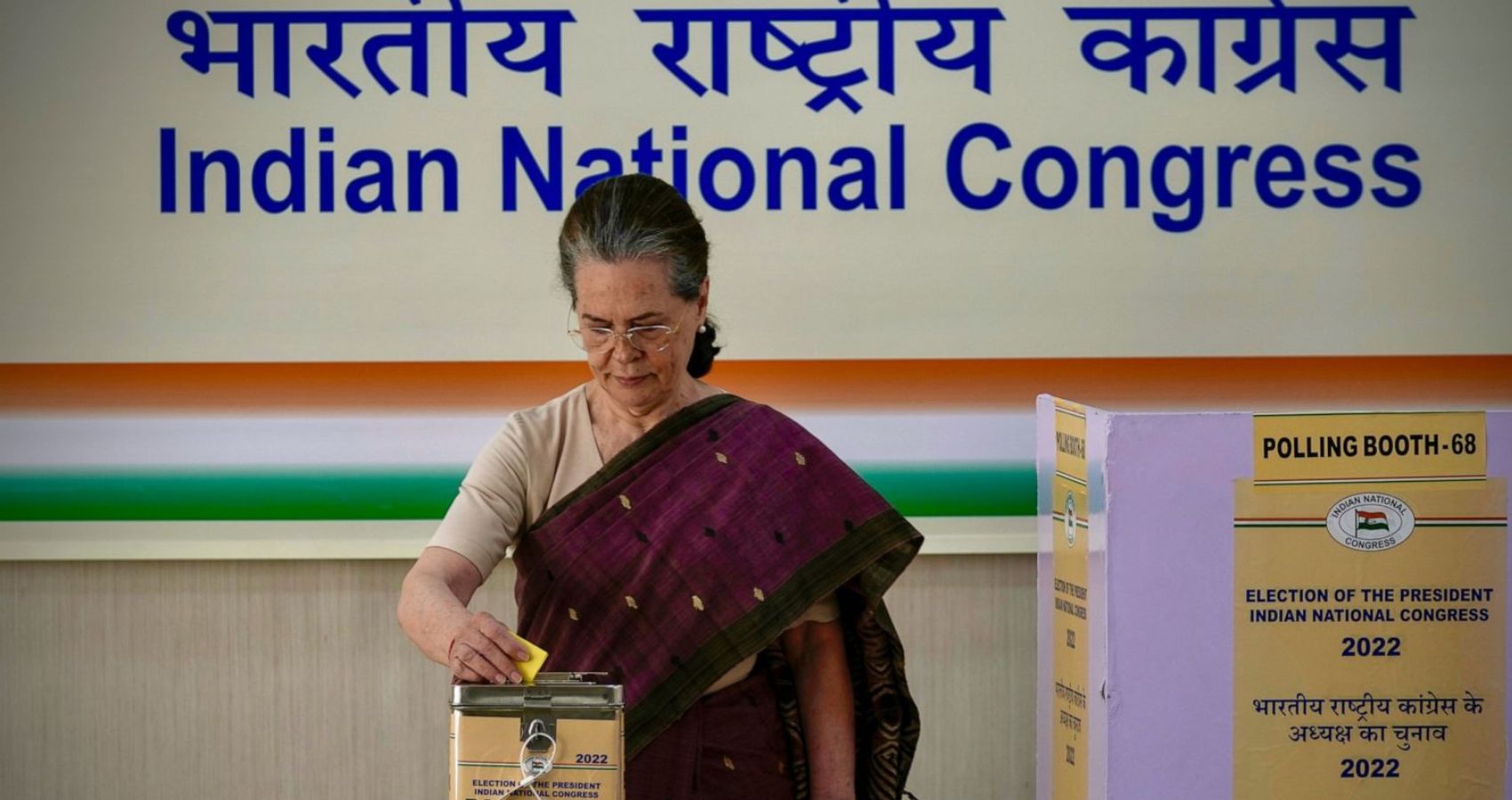 India’s main opposition Congress party voted to elect a new president Monday, with members of its dominant Nehru-Gandhi dynasty staying out of the race.

Sonia Gandhi, the interim party president, was among the nearly 9,000 party delegates who were entitled to vote on the matter.  “I have been waiting for this for a long time,″ she said after voting in the party’s New Delhi office.

Although the party has historically been led by the family, Sonia Gandhi and her son, Rahul Gandhi, decided to bring in a new face after suffering crushing defeats in national and state elections since Prime Minister Narendra Modi’s Hindu nationalist party came to power in 2014.

Eighty-year-old Mallikarjun Kharge from southern Karnataka state appears to be the frontrunner with the party’s top leaders backing him during campaigning ahead of the vote. He has been described by Indian media as the “official candidate.” His main challenger is Shashi Tharoor, 66, who spent nearly 30 years at the United Nations before joining the Congress party in 2009.

As voting for the Congress presidential election is underway Monday, one of the candidates and party MP from Kerala Shashi Tharoor said the future of the Congress is in the hands of the party workers who will vote for the day’s electoral process. After casting his vote at the party state committee office in Thiruvananthapuram, Tharoor, 66, told the media the Congress workers would decide on the next leadership. This election would only benefit the Congress party, he added. “Like the Bharat Jodo Yatra, this presidential election was also meant to revitalise the party. New energy is required to fight the BJP as well as to face the next Lok Sabha elections. We are going to face a big challenge from BJP in the next elections. I hope this presidential election has served that purpose,” he said.

Tharoor also said Priyanka Gandhi Vadra had messaged him Monday morning to say the election to choose the Congress president has benefited the party and that she also thanked him. “That is what we want to know. Now, people have a feeling that there is some mobility in the party. With regard to the stand of the Gandhi family, I have been told right from the beginning that they are impartial in the presidential elections,’’ he said.

“It has been 22 years since the presidential election was held in the party. Hence, the election has got its own problems. I think within the last 16 days I could take my message to the maximum number of party workers,” he added.

This will be the sixth time in its nearly 137-year-old history that an electoral contest would decide who would take up the mantle of the party’s president. Tharoor has faced an uphill task in his home state Kerala, where most of the senior leaders stood with Kharge. The result of the Congress presidential polls will be declared on Wednesday, October 19.