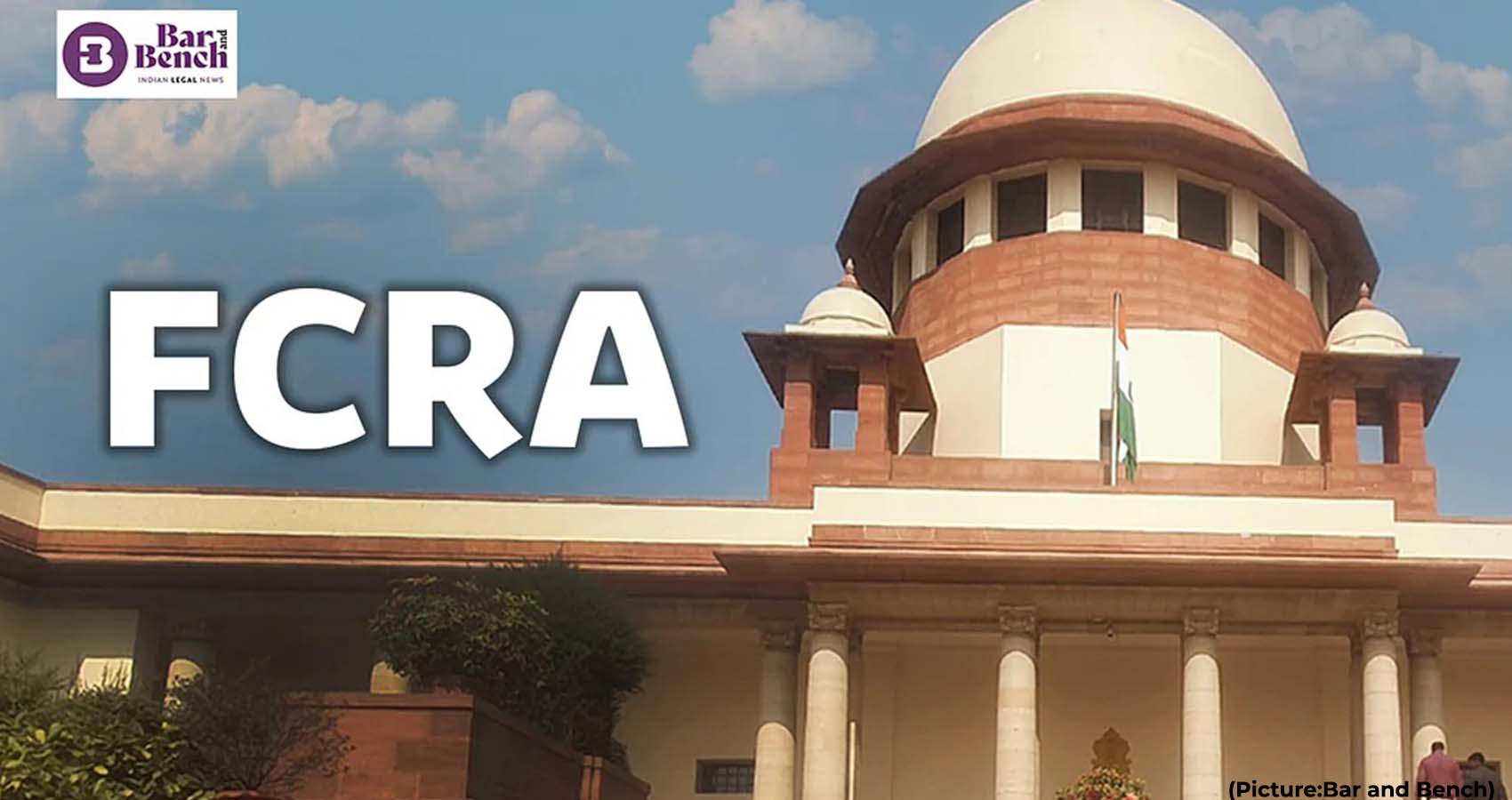 The Supreme Court on Friday, April 8th affirmed the validity of the Foreign Contribution (Regulation) Amendment (FCRA) Act, 2020, which imposes new conditions on the receipt and use of funds by NGOs.

A bench headed by Justice A.M. Khanwilkar upheld the 2020 amendments made to the FCRA Act, 2010. The detailed judgment in the case will be uploaded on the top court website later in the day.

The Centre had told the Supreme Court that there exists no fundamental right to receive unbridled foreign contributions without any regulation, while defending the amendments made in 2020 to the Foreign Contribution (Regulation) Act.

The MHA emphasized that FCRA aim was to ensure foreign contribution does not adversely impinge upon the functioning of parliamentary institutions, political associations, and academic, and other voluntary organisations as well as individuals in India.

The petitioners had challenged the amendments, which included newly added sections 12 and 17, which state that the foreign contributions must be deposited in the FCRA account created in the specified branch of the scheduled bank, which was later notified as State Bank of India, New Delhi branch.

The petitioners claimed the amendments were arbitrary and stringent, which made the functioning of NGOs extremely difficult.

The Ministry of Home Affairs (MHA) in a 355-page affidavit filed in the Supreme Court, said Parliament has enacted the Foreign Contribution (Regulation) Act, laying down a clear legislative policy of strict controls over foreign contributions for certain activities in the country.

The MHA said the “legislation has also prohibited acceptance and utilisation of foreign contribution or foreign hospitality for any activities detrimental to the national interest and for matters connected therewith or incidental thereto”. The affidavit was settled by Solicitor General of India Tushar Mehta, who was assisted by advocate Kanu Agrawal.

Petitioners in the matter were — Noel Harper and Nigel Mills of Share and Care Foundation in Andhra Pradesh and Joseph Lizy and Annamma Joachim of National Workers Welfare Trust in Telangana.