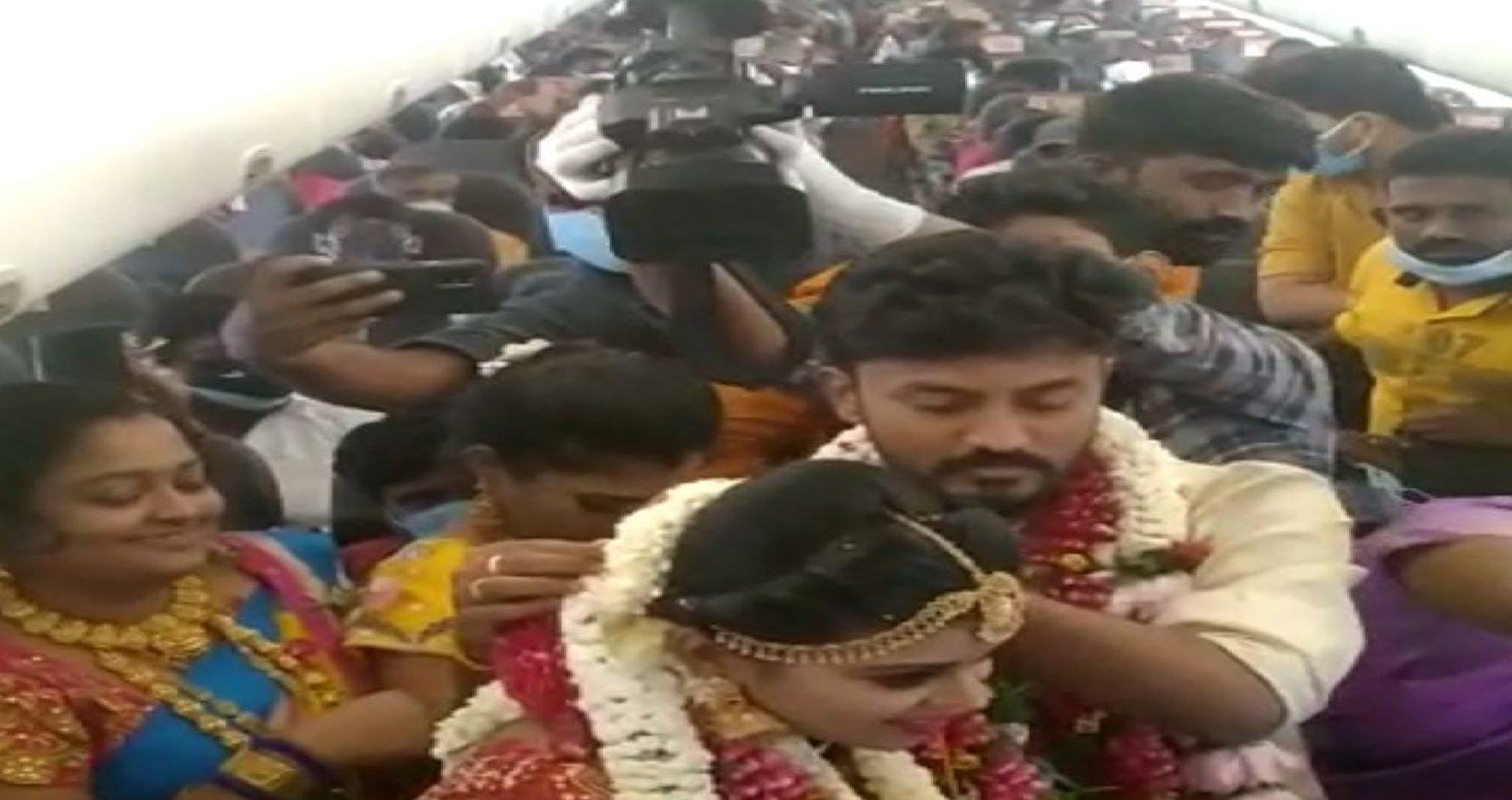 An Indian couple reportedly chartered a plane and held a mid-air wedding with more than 160 guests in an effort to escape coronavirus restrictions.Video footage posted on social media appeared to show the couple and their guests packed into the hired jet.The state of Tamil Nadu, where the flight was said to have originated, recently imposed tougher restrictions, limiting weddings to 50 guests.India’s aviation authority has launched an investigation, reports said.

An official from the Directorate General of Civil Aviation (DGCA) told the Times of India that the SpiceJet staff aboard the flight had been taken off duty.A SpiceJet spokesperson told the media that the Boeing 737 was booked from Madurai to Bangalore by a travel agent for a trip after a wedding.The spokesperson said the client was “clearly briefed on Covid guidelines to be followed and denied permission for any activity to be performed on board”.

India is suffering a devastating second wave of coronavirus that has killed at least 300,000 people, according to official figures. Experts estimate that the real death toll is far higher.Hospitals and crematoriums in the country have been overwhelmed in recent weeks, leading to severe oxygen shortages and bodies being burned around the clock.

Many families unable to afford the costs of cremation have illegally buried their loved ones on the banks of the river Ganges or pushed their bodies into the river’s waters, raising fears that the death toll is being significantly under-counted.