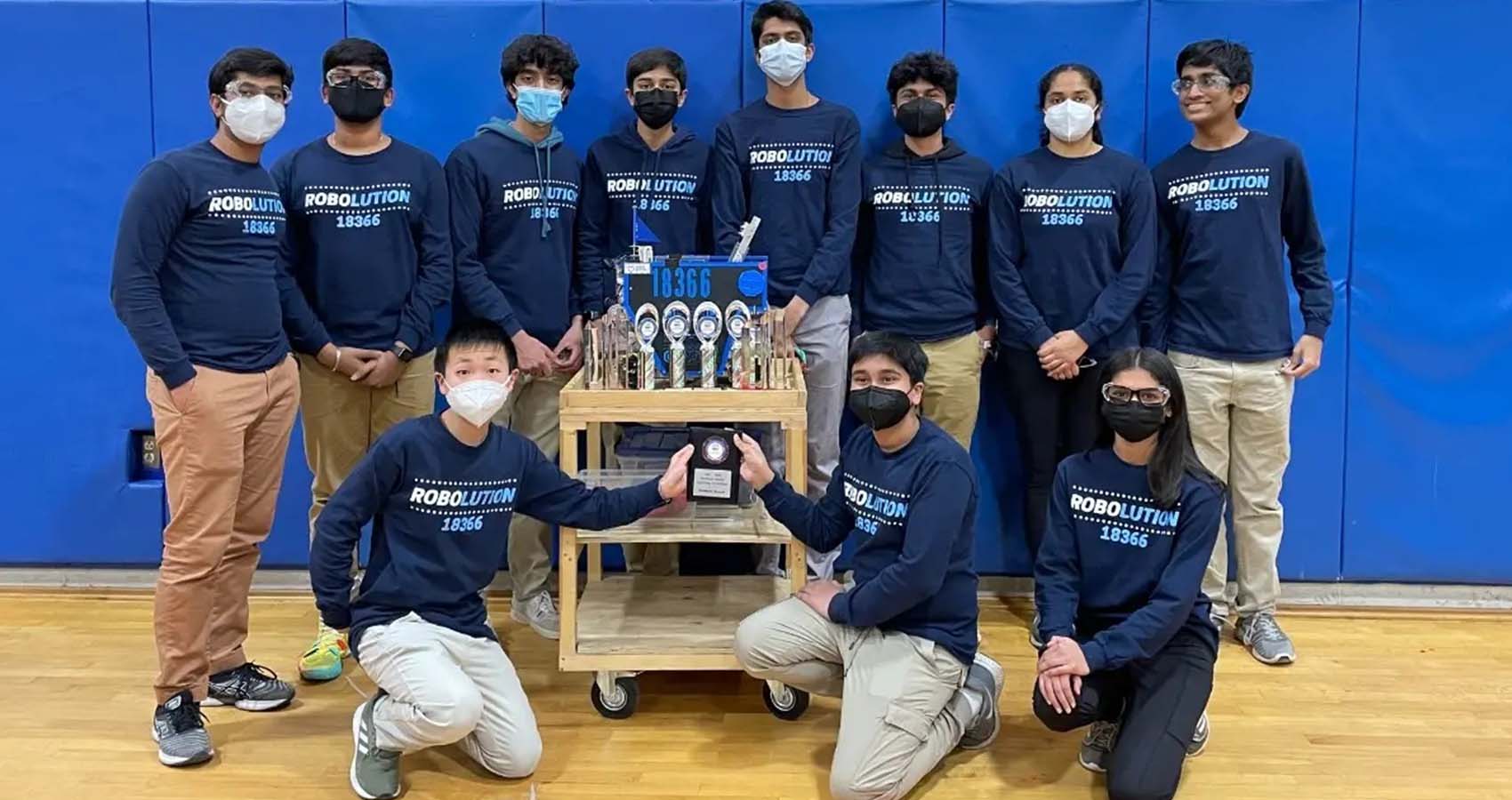 Robolution 18366 is going to worlds! Team Robolution 18366 from Trumbull, CT is a robotics team is now all set to compete in the FIRST Tech Challenge. FIRST Robotics is a worldwide robotics organization that inspires people to join STEM and pursue robotics in the future. 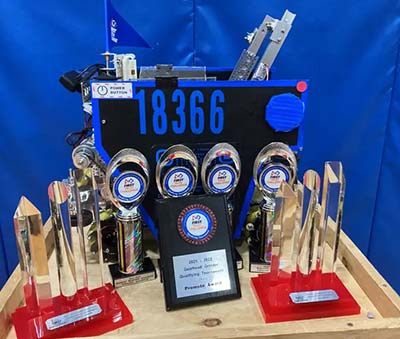 Incorporated in 1797, Trumbull town was named after Governor Jonathan Trumbull of Lebanon, Connecticut. Located 5 miles north from the Long Island Sound, among the most virant towens in the Fairfield County in the state of Connecticut, this vibrant community offers New England charm with extensive retail, outdoor recreation, and dining options. Known for its diversity, Trumbull has a fast growing Indian American community, which excels in academia with the students of Indian American parents rank among the highest in educational achiements.

The Trumbull Robotics Team is only an example of how the Indian American kids excel and exhibit their leadership and STEM skills, making Trumbull proud. The team consists of Aarav Parekh, Saihari Kota, Ayush Puthiyavettle, Tejas Puthiyavettle, Yash Permalla, Rithik Gunda, Pranav Kodakara, Chandini Kalidindi, Richard Xiong, Arnav Dadarya, and Sharvi Kulkarni. It’s of immense significance that of the 11 team members, 10 of them are of Indian origin. 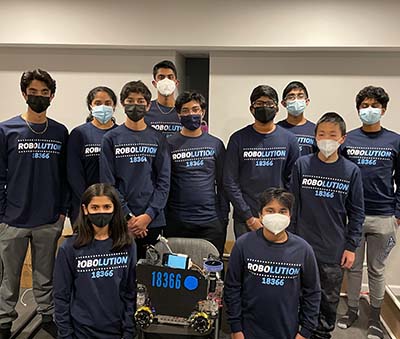 The Team won 2nd place at the Inspire Award, which is “given to the the team that best represents what the FIRST tech challenge is about, and is a role model for other teams competing. We were recognized for being strong contenders for several awards as well as having a detailed and informative engineering portfolio, which clearly explains our creative and thoughtful design process.”

Trumbull Robotics Team came 1st at Promote Award, “given to the team that is most successful at creating a video message for the public designed to change culture and celebrate Science, Technology, and Math. We were recognized for creating a unique and engaging video message about the topic: “what I would tell younger self about FIRST.”

Aarav Parekh of the Trumbull Robotic Team has the distinction of being on the Deans List Finalist. This award is given out to a student who are great examples of leaders who have led their Teams and communities to increased awareness for FIRST and its mission. Aarav Parekh was one of two students from across Connecticut to be selected as a Dean’s List Finalist. As a finalist, he has shown leadership within the team and community to increase awareness of STEM and robotics while displaying technical expertise. 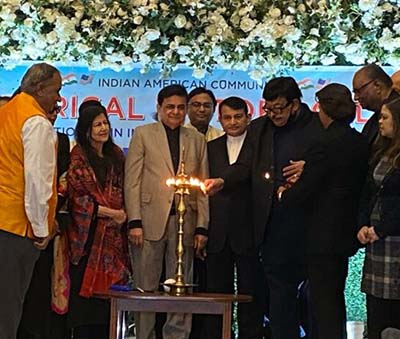 “Team Robolution had a very successful day at the CT State Championship on February 26th, 2022, winning first place for both the Connect and the Promote Award and second place for the Inspire Award. In addition to the team’s achievements, junior Aarav Parekh was one of two individuals in the state nominated as a 2022 Dean’s List Finalist. Robolution’s success has qualified them as one of the two teams to represent the state of Connecticut at the FTC World Championship in Houston this April,” the Team’s website stated.

The Goals of the Team as outlined on the website includes: “Competitive engineering process; Improve outreach; Help people around the world; and, Efficient and reliable design with industrial engineering.  The Team of 11 members wants to “Prioritize learning, sharing our knowledge and experience with others.”

Reporting on the Outreach of the Team, the website states: “Impacted 300+ students in outreach events, including offering Online Java programming sessions; FLL team mentoring- T-MECHS; Discord collaboration with FIRST Teams; Trumbull Tutors; Teaching students how to use CAD; and Tutoring students about robotics and engineering.”