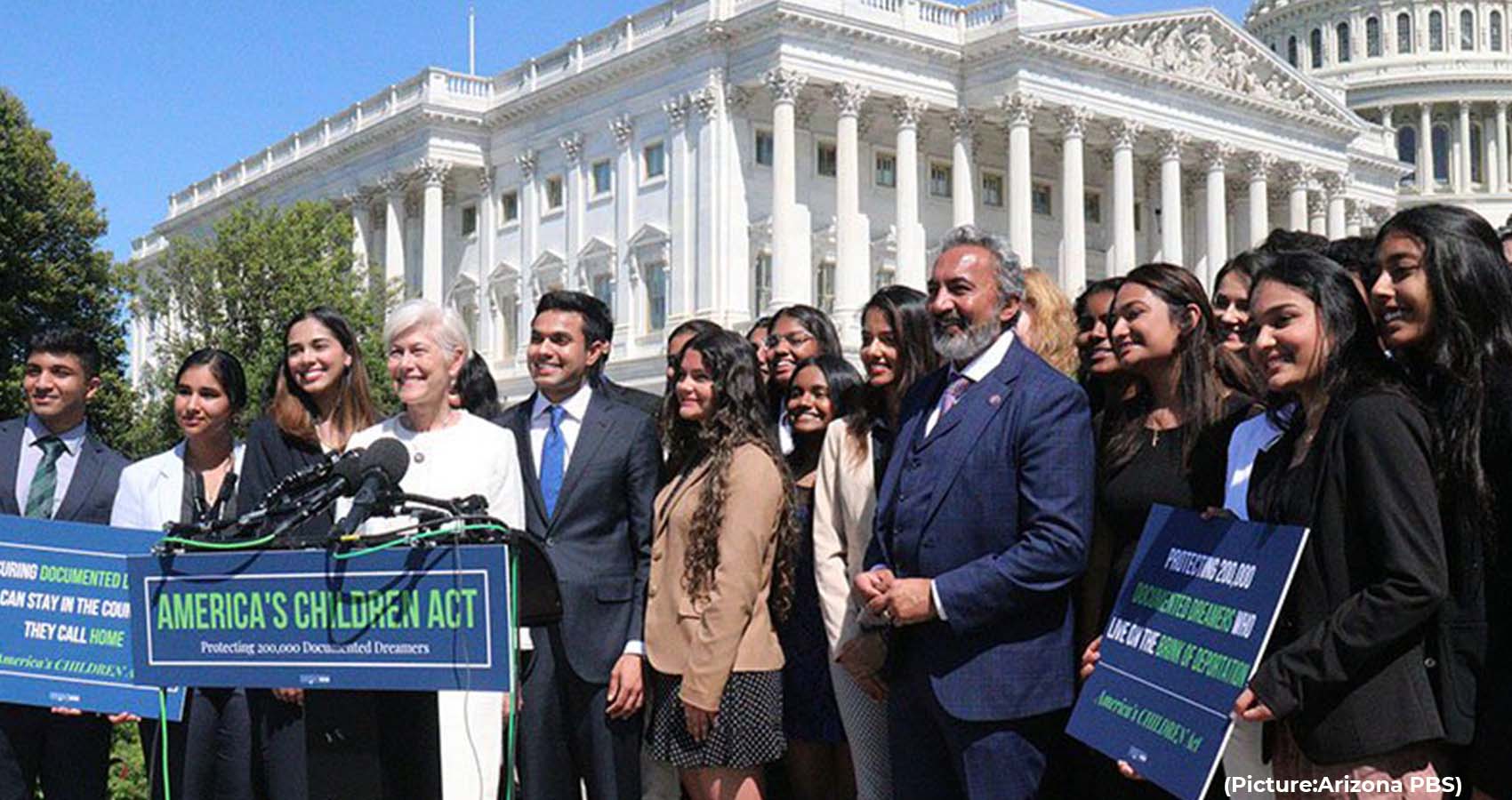 Hundreds of ‘Documented Dreamers’ of Indian origin along with their parents and supporters from across the country gathered on Capitol Hill to push for passage of legislation that would ensure their status as legal residents in the United States.

These Documented Dreamers of Indian origin had immigrated to the country legally as kids and grew up in the United States, while joined some lawmakers argued that unlike other Dreamers, they were here legally and should be allowed to continue in a legal status after they become 21 years old, instead of ‘aging out’.

At a press conference May 18, 2022 on Capitol Hill, they shared their stories and pushed for the America’s CHILDREN Act .These 40 individuals from California, North Carolina, Texas, Arizona, Florida, and Illinois acted as representatives for the 200,000 or more such Documented Dreamers, according to estimates by Immigration Forum. They are dependents of long-term non-immigrant visa holders of H-1B, L-1, E-1, or E-2, and they face self-deportation at the age of 21 if the Act is not passed. 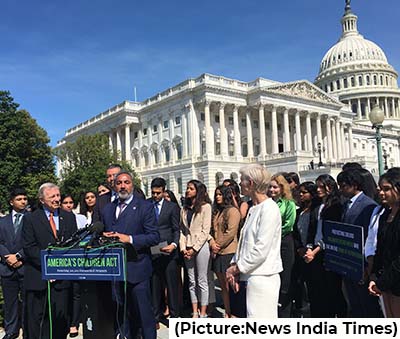 Immigration Forum notes that “As a result of being Documented Dreamers, these children are left out of policies and solutions meant for Dreamers because they are technically not undocumented. This leaves them with few to no options as a result of current defects of the U.S. immigration system.”

“We’ve got to fix this flaw in our immigration system. We ought to welcome these kids to be part of that next generation to continue to move our country forward,” asserted Congressman, Bera speaking to the crowd.

He told News India Times, “The America’s CHILDREN Act is important since so many South Asian and Indian American kids are caught in this cycle.”

Bera emphasized that the parents of these Documented Dreamers had come to this country legally. “They brought them here legally as children. America is the only country that they know. They’ve gone to school here. They’ve gone to college here and many to grad school here. Yet, they can’t stay here. And we should fix that loophole because, again, they consider themselves Americans and we should consider them Americans as well.”

Addressing the media, Ross echoed Bera’s views. “Documented Dreamers grow up in our communities, attend our schools, and learn alongside our children. They love our country and want to give back to the people and places that raised them.”

“Our broken immigration system is failing to meet America’s needs in the 21st century,” Padilla contended.

When asked if they have enough bipartisan support to pass this Act, Bera said, “We’re working on it. So, I’m optimistic since there are four Republican Senators, and we need to find six additional Senators. I think these young people who are going to their home State Senators, and telling their impactful stories will help.”

Dreamers Dip Patel, Eti Sinha, as well as Fedora Castelino, of Indian origin, and Mily Herrera of Mexican origin, who addressed the press conference along with lawmakers, also spoke to News India Times and explained their situations.

Patel, founder of Improve The Dream, who led the delegation told News India Times, “We are here with over 40 members of Improve The Dream and Documented Dreamers, children to long term visa holders who face aging out at 21. And we’re advocating for America’s CHILDREN Act, which is a bill championed by Congresswoman Ross and Senator Padilla in the Senate, which has really broad bipartisan support.” Patel sounded an optimistic note. “… we think, it can pass this year to permanently end aging out.”

On May 16th, members of Improve The Dream met with Deputy Assistant to the President for Immigration, Betsy Lawrence, and senior AAPI Liaison, Erika Moritsugu at the White House, and conveyed their concerns.

Sinha, who is currently living in New York City, and pursuing her Ph.D in Biomedical Engineering at Cornell University, told News India Times, “Any legislation reform, especially the America CHILDREN Act, will help bring some stability to my family. I grew up only knowing America since the age of seven. I am American through and through.”

Sinha was born in New Delhi and came to the U.S. along with her twin sister and parents. Her family lives in Fremont, California. At this time, her father is stuck outside the country as the government is not willing to stamp his visa — although his work visa has been approved and renewed several times over the course of 10 years.

“And at this rate, our family will only continue to be more and more separated,” Sinha said. “Once I graduate, without any legislation like America’s CHILDREN Act, I too will have to deport back to India. So my father will be in Canada, I will be in India, and my mom and sister will be in the U.S. That is not what any family wants.”

Castelino, who was born in Mumbai, and is a resident of Apex , North Carolina, said there are several reasons for Congress to pass this Act. A student of Neuroscience at the University of South Carolina, Castelino told News India Times, “I think one of the biggest reasons is to simply acknowledge the fact that we are Americans not only in heart but also on paper. We have spent our entire lives here and this is our home,” he said, adding, “For a country that really pushes justice and equality for all, this needs to include Americans and that’s what we are. This is our home and we are facing situations such as self-deportation.”

Herrera, a 17-year old, who came with her parents from Mexico, and is a high school junior from Texas, said her parents brought her along with her brother at the age of five due to violence and crime. She said she fears self-deportation as well, if the Act is not passed.

The bill was introduced on July 1, 2021, as “America’s Cultivation of Hope and Inclusion for Long-term Dependents Raised and Educated Natively (CHILDREN) Act of 2021” in the House of Representatives by Representatives Ross, D-North Carolina, Mariannette Miller-Meeks, R-Iowa, Raja Krishnamoorthi, D-Illinois, and Young Kim, R-California.

Indian-American Congressman Raja Krishnamoorthi (D-Ilinois), after introducing the Act in 2021, said, “the children of long-term visa holders have grown up in the United States, embracing the American Dream as their own, but the current failures of our immigration system forces them to leave before they have the chance to start their own careers and families here,” adding, “I’m proud to join my colleagues in introducing this legislation to provide a pathway for these young people to continue contributing to our nation while building their own American success stories.”

According to Immigration Forum, the America’s CHILDREN Act, H.R 4331, is a solution for the systemic problem that Documented Dreamers face.