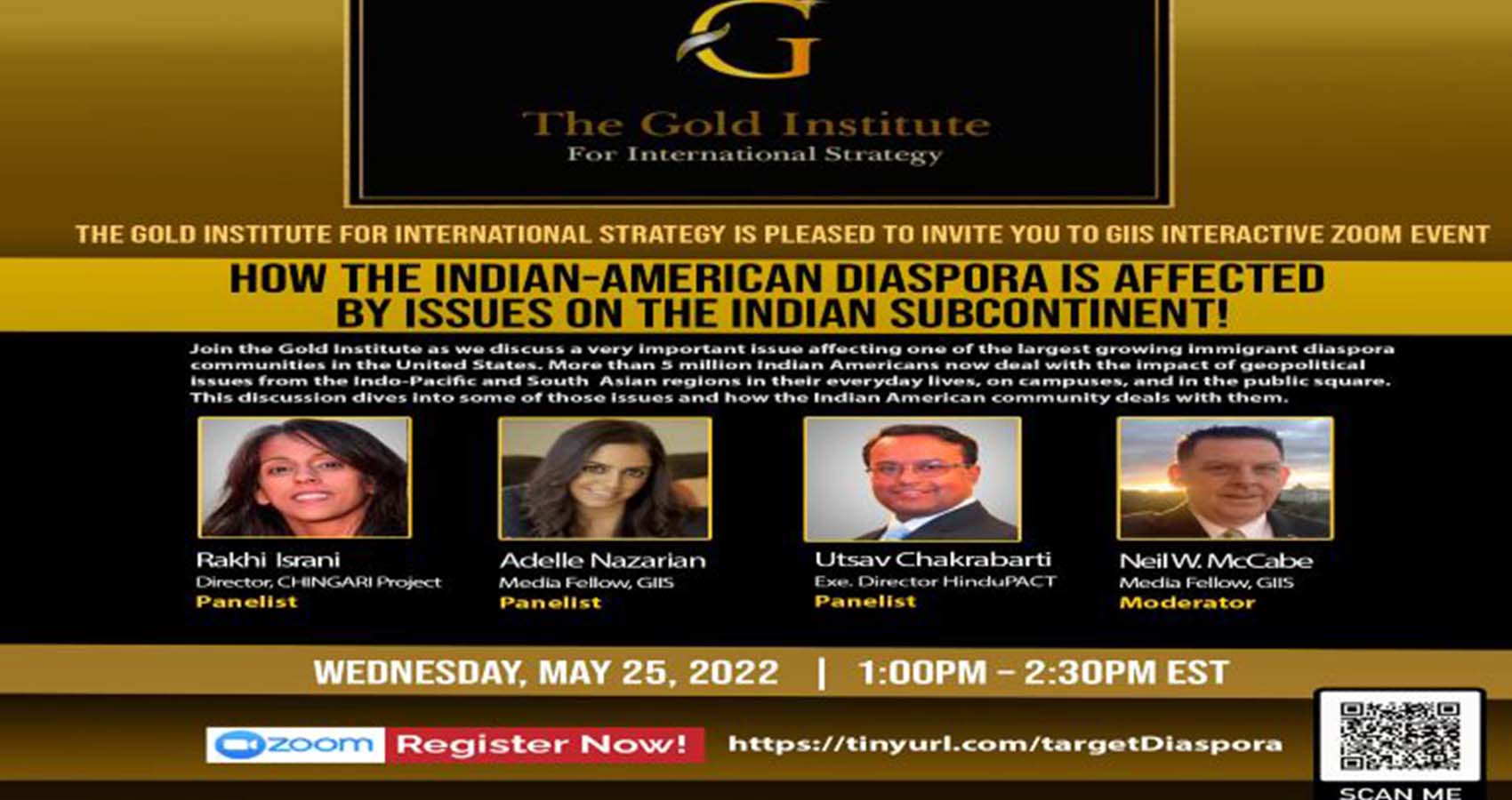 HinduPACT Executive Director Utsav Chakrabarti and CHINGARI Director Rakhi Israni will speak on a panel at the Gold Institute for International Strategy (GIIS) on May 25 titled, “How the Indian American Diaspora is Affected by Issues on the Indian Subcontinent.”

“As the United States and the Indo-Pacific region become increasingly interconnected, the Indian American community will become an important player in the exchange of soft power between the two regions. At the same time the Indian American community has to watch out for growing efforts to vilify and marginalize them using disinformation, by India’s geopolitical adversaries” said HinduPACT Executive Director Utsav Chakrabarti. “Mutual respect” and “greater interdependability” are going to be the watchwords in this growing relationship.

Issues affecting Indians on the subcontinent also impact the immigrant diaspora communities in the United States. More than 5 million Indian Americans now deal with the impact of geopolitical issues from the Indo-Pacific and South Asian regions in their everyday lives, on campuses, and in the public square.

“As Indian Americans are increasingly being viewed and handled in America as an extension of the Indian subcontinent, it becomes increasingly important to talk about the other side of that same region: Pakistan,” said CHINGARI Director Rakhi Israni. “Until 1947, the people of both India and Pakistan were one people: sharing similar languages, food, and overall customs. The daily atrocities faced by Hindus, Christians, and Sikhs in Pakistan after partition should naturally affect all people from that region. The gross and severe injustices being committed against one part of a cultural people must be a part of any discussion about the region as a whole.”

“As a daughter of immigrants, I understand all too well how issues in the homeland affect and impact the diaspora community,” said Adelle Nazarian, Media Fellow at the Gold Institute for International Strategies. “I look forward to discussing this important topic so that we may find ways to improve the situation for immigrants here in the United States and to foster a healthier environment for all.”

This panel discussion dives into some of those issues and how the Indian American community deals with them.