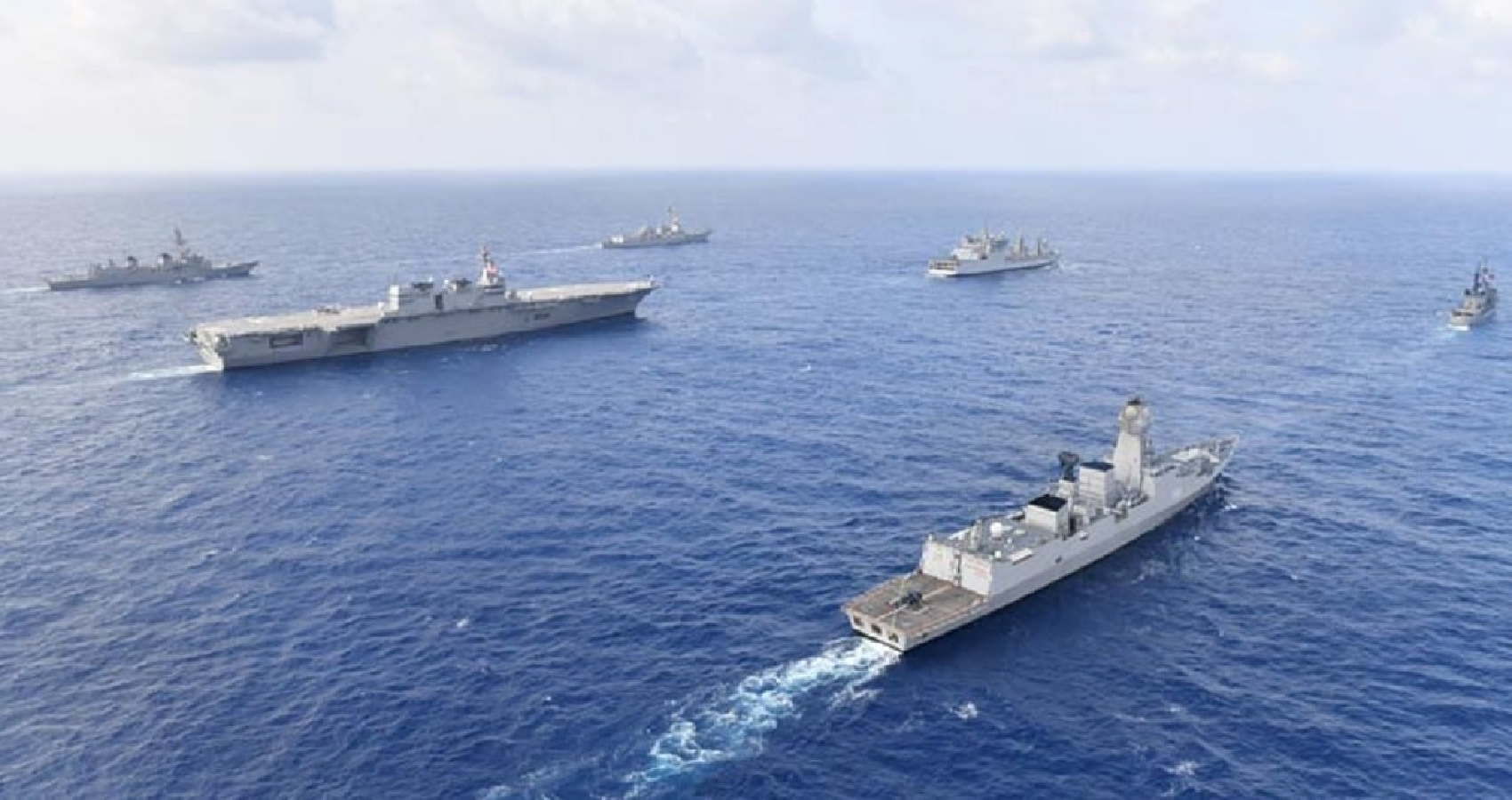 Days after the first summit of the Quadrilateral grouping and US Secretary of Defence Lloyd J Austin’s visit to New Delhi, the US Seventh Fleet announced that one of its warships, USS John Paul Jones (DDG 53), had carried out a Freedom of Navigation operation west of Lakshadweep Islands, “inside India’s exclusive economic zone, without requesting India’s prior consent, consistent with international law”.

Responding to this public announcement by the US Navy which raised eyebrows given the growing ties between the armed forces of the two countries, especially their navies, New Delhi said: “We have conveyed our concerns regarding this passage through our EEZ to the Government of USA through diplomatic channels.”

The US Navy statement said: “On April 7, 2021, the USS John Paul Jones asserted navigational rights and freedoms approximately 130 nautical miles west of the Lakshadweep Islands, inside India’s EEZ, without requesting India’s prior consent, consistent with international law.“India requires prior consent for military exercises or manoeuvers in its exclusive economic zone or continental shelf, a claim inconsistent with international law.” The statement further said the FONOP upheld the rights, freedoms, and lawful uses of the sea recognized in international law by challenging India’s excessive maritime claims.

US forces operate in the Indo-Pacific region on a daily basis. All operations are designed in accordance with international law and demonstrate that the US will fly, sail and operate wherever international law allows, the statement said.“We conduct routine and regular FONOP), as we have done in the past and will continue to in the future. FONOPs are not about one country, nor are they about making political statements.” Indian government officials said it’s unusual for such a statement to be released.

Any activity within 200 km nautical miles, which falls under EEZ or Indian waters needs prior permission as per Indian laws. Chinese vessels on the pretext of carrying out research activities in Indian waters have been tracked and sent back in the past.“The Government of India’s stated position on the United Nations Convention on the Law of the Sea is that the Convention does not authorise other States to carry out in the Exclusive Economic Zone and on the continental shelf, military exercises or manoeuvres, in particular those involving the use of weapons or explosives, without the consent of the coastal state,” it said.

Under Indian law — The Territorial Waters, Continental Shelf, Exclusive Economic Zone and Other Maritime Zones Act, 1976 — “all foreign ships (other than warships including submarines and other underwater vehicles) shall enjoy the right of innocent passage through the territorial waters” and a passage is innocent “so long as it is not prejudicial to the peace, good order or security of India”.

“Foreign warships including submarines and other underwater vehicles may enter or pass through the territorial waters after giving prior notice to the Central Government,” the law states. The US Navy’s Freedom of Navigation operation near Lakshadweep is not unprecedented. The US Department of Defence publishes an annual Freedom of Navigation report and India found mention in the 2019 report along with 21 other countries that included China, Russia, Pakistan, Sri Lanka, Bangladesh, Maldives and Saudi Arabia. India was mentioned in the 2017, 2016 and 2015 reports as well.