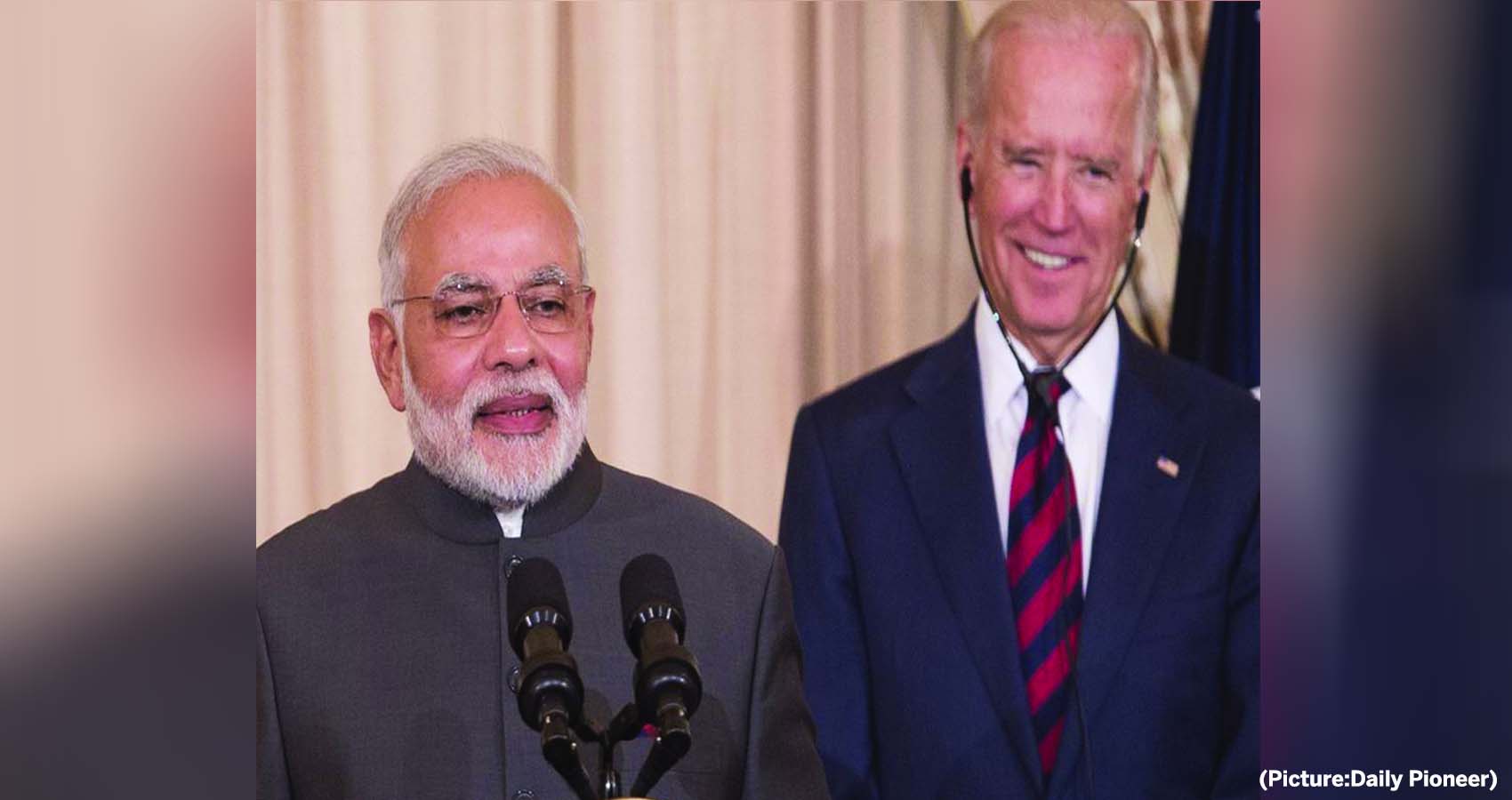 Last week’s launch of formal trade talks between India and the United Kingdom, with the declared ambition to ink a smaller deal in the next few months and a comprehensive agreement by the end of the year, is not much of a surprise. After all, Britain has made no secret of its desperate search for any and all partners to keep trade flowing after it walked out on the European Union.

But if one shifts focus to India and its reasons for pursuing a deal with Britain, things suddenly get more interesting. Even if Britain isn’t among India’s biggest trade partners, the start of talks marks nothing less than several major shifts in India’s foreign and economic policies. If Britain is seeking an economic future beyond Europe, India is looking westward to escape the growing prospect of a Chinese-led Asia. 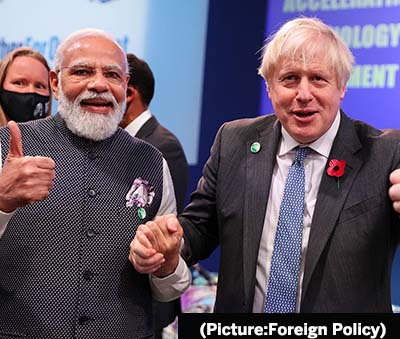 Although India embraced globalization at the turn of the 1990s, there was little domestic support for liberalizing trade. Opposing free trade agreements united the left and the right; even more powerful was the resistance from an Indian capitalist class reluctant to open its captive market for foreign producers.

In the limited political space they thus had, the weak coalition governments ruling India until 2014 managed to negotiate just a small handful of free trade agreements—mostly with Asian partners, such as Japan, South Korea, and the Association of Southeast Asian Nations.

India’s new enthusiasm for trading with the West has not escaped Beijing’s attention.

When Indian Prime Minister Narendra Modi led the Bharatiya Janata Party to power in 2014 with a majority in parliament, his government ordered a review of all the free trade deals India had signed. Despite a strongly held view across India that the agreements worked to the disadvantage of Indian industry, Modi continued to participate in the Asia-wide free trade negotiations that would eventually produce the Regional Comprehensive Economic Partnership (RCEP), but he pulled out at the very last moment in 2019.

If New Delhi’s decision generated deep disappointment among its Asian partners, there was also strong domestic criticism of having isolated India in the global trade domain—a sea change compared to the debate over previous decades. Over the last year, Modi has ended India’s blanket opposition to free trade agreements and returned to bilateral free trade talks with several blocs, including the EU and the Gulf Cooperation Council. The shift wasn’t just toward a new attitude on trade but toward a new set of countries: India’s natural economic partners, especially those in the Anglosphere and the West.

Britain has not traditionally been on the list of countries the Indian establishment has been comfortable with. During the Cold War and afterward, Britain’s presumed tilt toward Pakistan chipped away at New Delhi’s goodwill for London. But the Modi government has transcended hesitations and invested political capital in expanding the partnership by focusing on potential areas of convergence. Trade liberalization has emerged as a major priority with Britain.

In walking away from the RCEP in 2019, India signaled its reluctance to be part of an Asian economic integration led by China. The sharpening border conflict with Beijing as well as the fear of the Indian manufacturing sector being wiped out by cheap Chinese imports contributed to the decision. In the spring of 2020, Chinese aggression in eastern Ladakh reinforced India’s decision.

As it turned its back on the East, New Delhi began to look to the West for trade partnerships, and the Anglosphere seemed the most responsive. It’s not just post-Brexit Britain that began to take a fresh look at India. Australia, reeling under the economic coercion imposed by China, also sought to revive moribund trade talks with India.