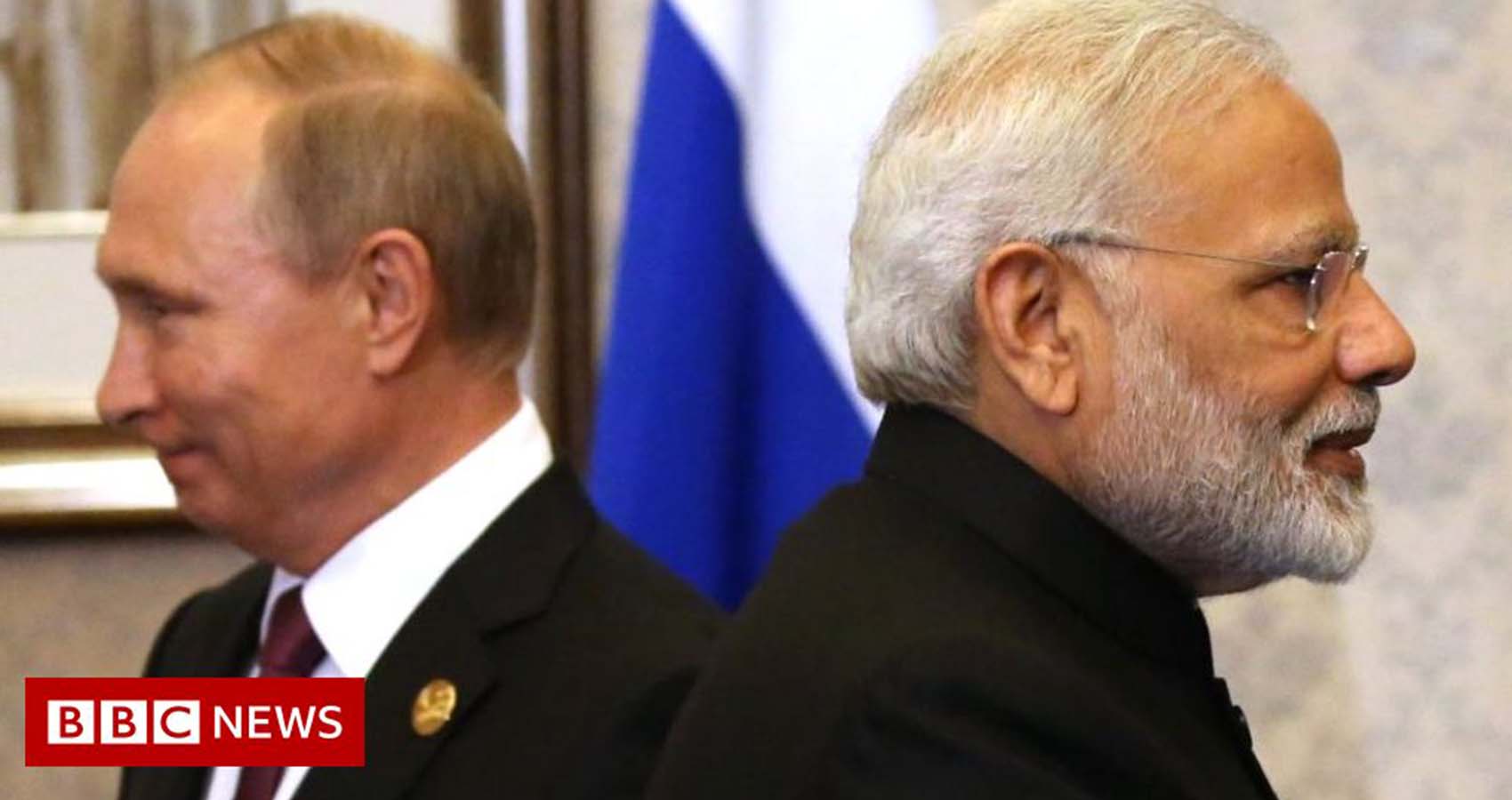 India appeared to be giving up its diplomatic equivocation by offering its strongest criticism on the crisis in Ukraine yet by “unequivocally” condemning the killings of civilians in Bucha on the outskirts of Kyiv, media reports stated.

The statement by India’s Permanent Representative T S Tirumurti last week at the UN Security Council came after Ukraine’s President Volodymyr Zelensky described in stark detail the atrocities in Bucha. Tirumurti said, “Recent reports of civilian killings in Bucha are deeply disturbing. We unequivocally condemn these killings and support the call for an independent investigation.”

Tirumurti still managed to walk the fine line of delicately calibrated neutrality by not naming Russia even though the implication of his statement was obvious. “India continues to remain deeply concerned at the worsening situation and reiterates its call for an immediate cessation of violence and end to hostilities”, he said.

“We continue to emphasize to all member states of the UN that the global order is anchored on international law, UN Charter and respect for territorial integrity and sovereignty of states”, he said reiterating the stance New Delhi has taken during earlier U.N. discussions and votes over Ukraine. 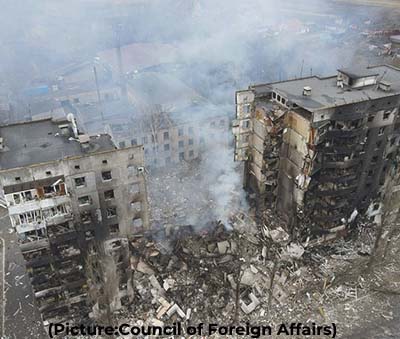 India on Saturday abstained on a US-sponsored resolution at the United Nations Security Council that “deplores in the strongest terms” Russia’s “aggression” against Ukraine, but sharpened its language by flagging three important concerns — respect for the sovereignty and territorial integrity of states, the UN charter and international law—without naming Russia.

Hours later, Ukrainian President Volodymyr Zelensky spoke to Prime Minister Narendra Modi and said that he “urged India to give political support in the UN Security Council”. “Spoke with Prime Minister @narendramodi. Informed of the course of Ukraine repulsing Russian aggression. More than 100,000 invaders are on our land. They insidiously fire on residential buildings. Urged India to give us political support in UN Security Council. Stop the aggressor together!” he tweeted.

Zelensky made a video address to the U.N. Security Council during which he said there were dozens of other communities other than Bucha where the Russian troops had committed atrocities.

He said “there is not a single crime that they would not commit” and went on to describe in graphic terms what he claimed were Russian atrocities on the civilians of Ukraine. Quite strikingly, he likened the atrocities to those committed by the Islamic State terrorist organizations in the Middle East. He also showed the Security Council a video documenting what he described as war crimes with piles of bodies, some of whose hands were tied.

But Russia’s Permanent Representative Vasily Nebenzia offered Moscow’s familiar argument that images in the video were staged. He also claimed that those were victims of Ukrainian forces or “neo-Nazis”. It might be recalled that Russia’s President Vladimir Putin had made a manifestly exaggerated claim that his military operation was aimed at “denazifying” Ukraine even though Zelensky and other members of his cabinet are Jewish.

Both, U.N. Secretary-General Antonio Guterres and Under-Secretary-General Rosemary DiCarlo spoke of their horror at the tragedy unfolding in Ukraine. Guterres said, “I will never forget the horrifying images of civilians killed in Bucha”.

“I am also deeply shocked by the personal testimony of rapes and sexual violence that are now emerging”, he said while calling for an independent inquiry.

DiCarlo said, “The horror deepened this past week as shocking images emerged of dead civilians, some with hands bound, lying in the streets of Bucha, the town near Kyiv formerly held by Russian forces. Many bodies were also found in a mass grave in the same locality”.

“Reports by non-governmental organizations and media also allege summary executions of civilians, rape and looting in the Chernihiv, Kharkiv and Kyiv regions” she added.

Although there is no prospect of New Delhi acknowledging that its statement today was a clear departure from its careful neutral tone so far, it was quite clear that the Indian government’s concern at the atrocities had crept in more assertively.

Tirumurti said, “The situation in Ukraine has not shown any significant improvement since the Council last discussed the issue. The security situation has only deteriorated, as well as its humanitarian consequences”.

“When innocent human lives are at stake, diplomacy must prevail as the only viable option. In this context, we take note of the ongoing efforts, including the meetings held recently between the parties,” he said.

Tirumurti yet again pointed out that New Delhi had sent medicines and other relief supplies to Ukraine and will continue to do so.

It has been exacting diplomatic calisthenics for New Delhi since the invasion of Ukraine some 40 days ago because its historically robust relations with Moscow as well as its inordinate dependence on Russian manufactured armaments. Russia’s Foreign Minister Sergey Lavrov visit New Delhi last week in an obvious continuing effort to keep India on his country’s side.

The Prime Minister’s Office said that Zelenskyy had “briefed” Modi about the conflict in Ukraine. Modi expressed his deep anguish about the loss of lives and property due to the conflict, it said and reiterated his call for an “immediate cessation of violence” and a return to dialogue, and “expressed India’s willingness to contribute in any way towards peace efforts”.

While Modi had appealed to Russian President Vladimir Putin for “immediate cessation of violence”, this is the first time that he has expressed his willingness to participate in peace process. Modi also conveyed deep concern for the safety and security of Indian citizens, including students, present in Ukraine. “He sought facilitation by Ukrainian authorities to expeditiously and safely evacuate Indian citizens,” the PMO said.

Though India’s statement after the vote did not name Russia, it is stronger than previous statements made at the Security Council on the issue in the last one month or so. The vote and the explanation by TS Tirumurti, India’s permanent representative to the UN in New York, came after sustained diplomatic pressure was mounted by the US-led Western bloc as well as Russia.