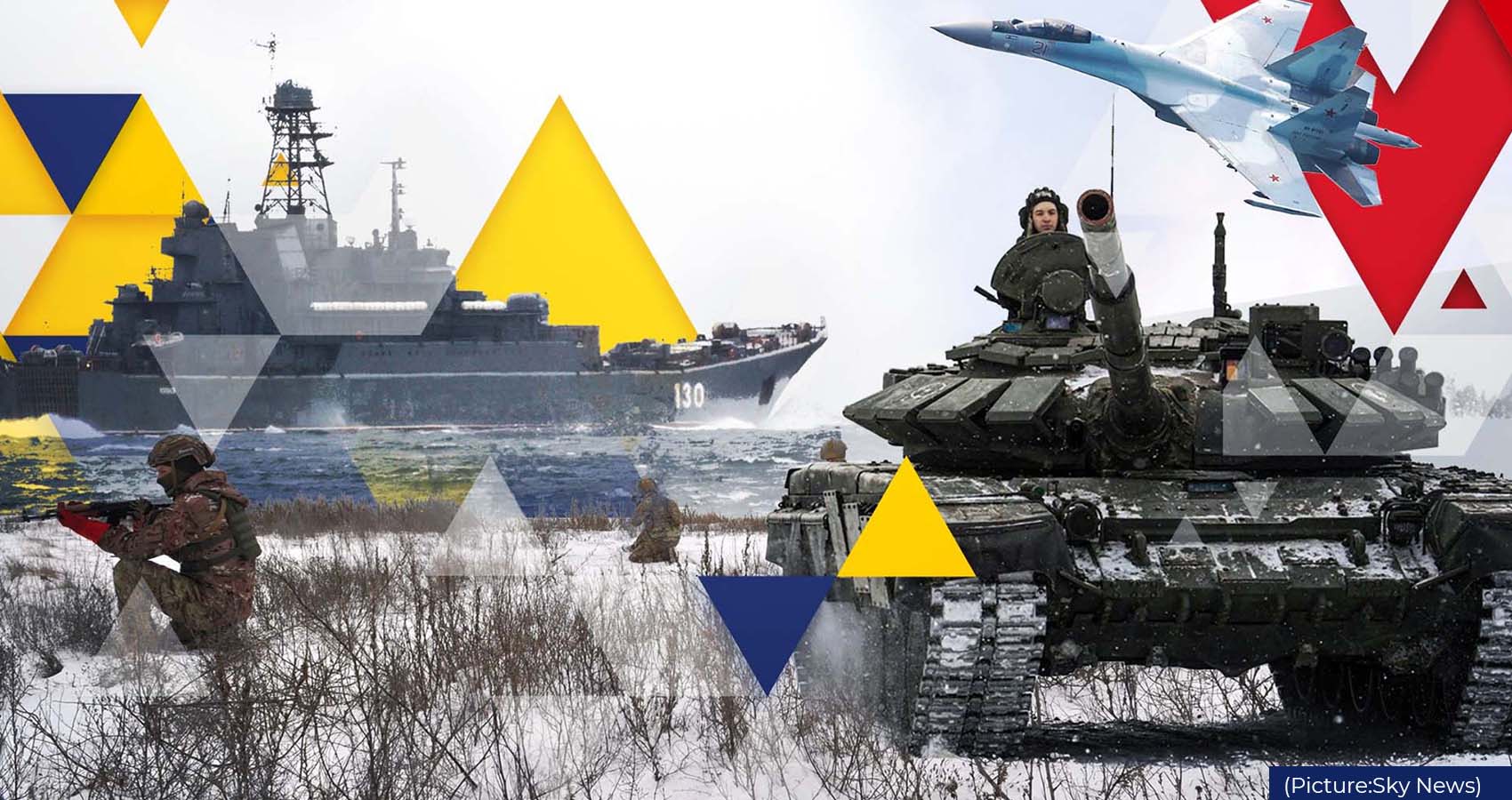 For the first time since the end of World War II, 77 years ago, one European state has attacked another European state. Chosen by Russia’s Dictatorial President, Vladimir Putin, Russian troops and tanks are storming the capital, Kyiv, in his efforts to seize power from the democratically-elected Ukranian President Volodymyr Zelenskyy.

India, along with China and the United Arab Emirates, has abstained on a Security Council resolution condemning the Russian invasion of Ukraine. The resolution proposed by the US and Albania with the backing of nearly 60 countries received 11 votes in favor, giving it a majority in the 15-member Council, but was nullified by the Russian veto on February 25th. 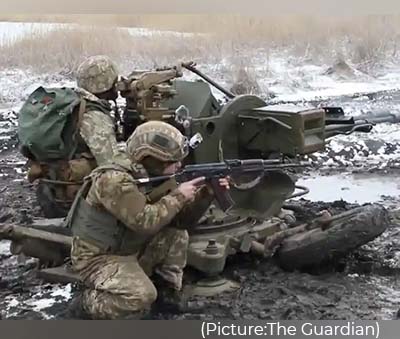 The resolution proposed by the US and Albania sought to declare that Russia has committed acts of aggression against Ukraine and the situation is a breach of international peace and security. It had also demanded that Russia immediately cease its use of force against Ukraine and completely withdraw its military forces from within Ukraine’s internationally recognized borders.

The strange part is that the early stages of the invasion seem to be all too familiar – especially Russia’s recognition of “independent” Donetsk and Luhansk regions. Putin’s moves during the Georgian War in 2008 and the annexation of Crimea in 2014 were eerily similar to what he is doing in Ukraine in 2022.

A day after Russian President Vladimir Putin launched a full-scale war into Ukraine in the name of military operation, the Russian troops have now captured Chernobyl nuclear plant and Vorzel village, which is just 8 kilometers away from Kyiv. Ukrainian President Volodymyr Zelensky has pledged to remain in the capital and has said that he is Russia’s number 1 target.

Russia claims its assault on Ukraine is aimed only at military targets, but bridges, schools and residential neighborhoods have been hit since the invasion began Thursday with air and missile strikes and Russian troops entering Ukraine from the north, east and south.

Ukraine’s health minister reported Saturday that 198 people, including three children, had been killed and more than 1,000 others had been wounded during Europe’s largest land war since World War II. It was unclear whether those figures included both military and civilian casualties.

In Kyiv, a missile struck a high-rise apartment building in the southwestern outskirts near one of the city’s two passenger airports, leaving a jagged hole of ravaged apartments over several floors. A rescue worker said six civilians were injured.

Explaining the abstention at the United Nations, for abstaining from condemning the Russian invasion of its neighbor, Ukraine, India’s Permanent Representative, T.S. Tirumurti said, “It is a matter of regret that the path of diplomacy was given up. We must return to it. Dialogue is the only answer to the settling of differences and disputes, however daunting that may appear at this moment,” he added.

Without naming Russia, Tirumurti, however, said, “India is deeply disturbed by the recent turn of developments in Ukraine.” But taking a neutral stance, he added, “We urge that all efforts are made for the immediate cessation of violence and hostilities.”

India’s abstention followed a call from Russian President Vladimir Putin to Prime Minister Narendra Modi on Thursday. But US Secretary of State, Antony Blinken called India’s External Affairs Minister, S. Jaishankar to press the case for voting for the resolution. India’s abstention is a bump in the road to closer relations with the US and the West.

US Permanent Representative, Linda Thomas Greenfield made the voting on the resolution a litmus test for how countries stand with the US. “There is no middle ground,” she said before the vote. And after the vote, she added, “This vote showed which countries truly believe in supporting the core principles of the UN and which ones deployed them as convenient catchphrases. This vote showed which Security Council members support the UN Charter and which ones do not.”

Shortly afterwards, Secretary-General of the UN António Guterres said, “The UN was born out of war to end war. Today, that objective was not achieved. But we must never give up. We must give peace another chance.  The UN Charter has been challenged in the past, but it has stood firm on the side of peace, security, development, justice, international law & human rights. The international community must do everything in its power so that these values prevail in Ukraine & for all humanity.”

He added, “The contemporary global order has been built on the UN Charter, international law and respect for the sovereignty and territorial integrity of states. all member states need to honor these principles and finding a constructive way forward.”

The matter now goes to the 193-member General Assembly, which is expected to take up a similar resolution next week and the nonmembers of the Council who backed the failed resolution would be able to register their votes there.

Russia’s isolation was apparent because the three abstentions did not amount to support for it either. As symbolisms go, it was stark as China abstained even though Russia’s President Vladimir and China’s President Xi Jinping had signed a statement this month on ties with “no limits”. 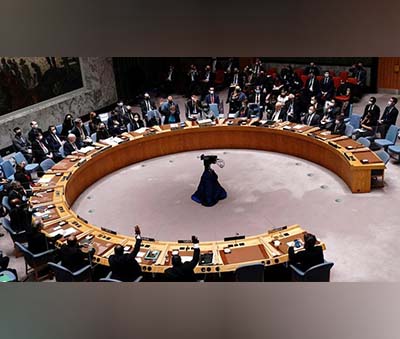 India was courted by both the US and Russia given the symbolic nature of the vote and the West’s desire to isolate the US. Russian President Vladimir Putin spoke to Prime Minister Narendra Modi on Thursday. And US Secretary of State Antony Blinken called External Affairs Minister S. Jaishankar to press the case for voting for the resolution.

India’s abstention will strain India’s growing relationship with the US and the West as Washington had made the voting on the resolution a litmus test for how countries stand with Washington’s position. “There is no middle ground,” US Permanent Representative Linda Thomas-Greenfield said before the vote.

Britain’s Permanent Representative Barbara Woodward said, “History will record how we voted today. And which countries stood up to be counted in defense of the charter and the sovereignty and territorial integrity of Ukraine.”

Tirumurti’s remark that India “was deeply concerned about the welfare and security of the Indian community” in Ukraine drew a sharp response from Ukraine’s Permanent Representative Sergiy Kyslytsya. Turning towards Tirumurti and raising his voice he said, “It is exactly [for] the safety of your nationals right now in Ukraine that you should be the first to vote to stop the war to save your nationals in Ukraine.”

The vote was taken by a show of hands around the horseshoe-shaped desk of the Council against a mural symbolizing UN’s mission of bringing peace and freedom to a world ravaged by war. Kyslytsya asked to observe a moment silence to “pray for the souls” of all victims of the war in Ukraine without mentioning any nationalities or to meditate for peace.