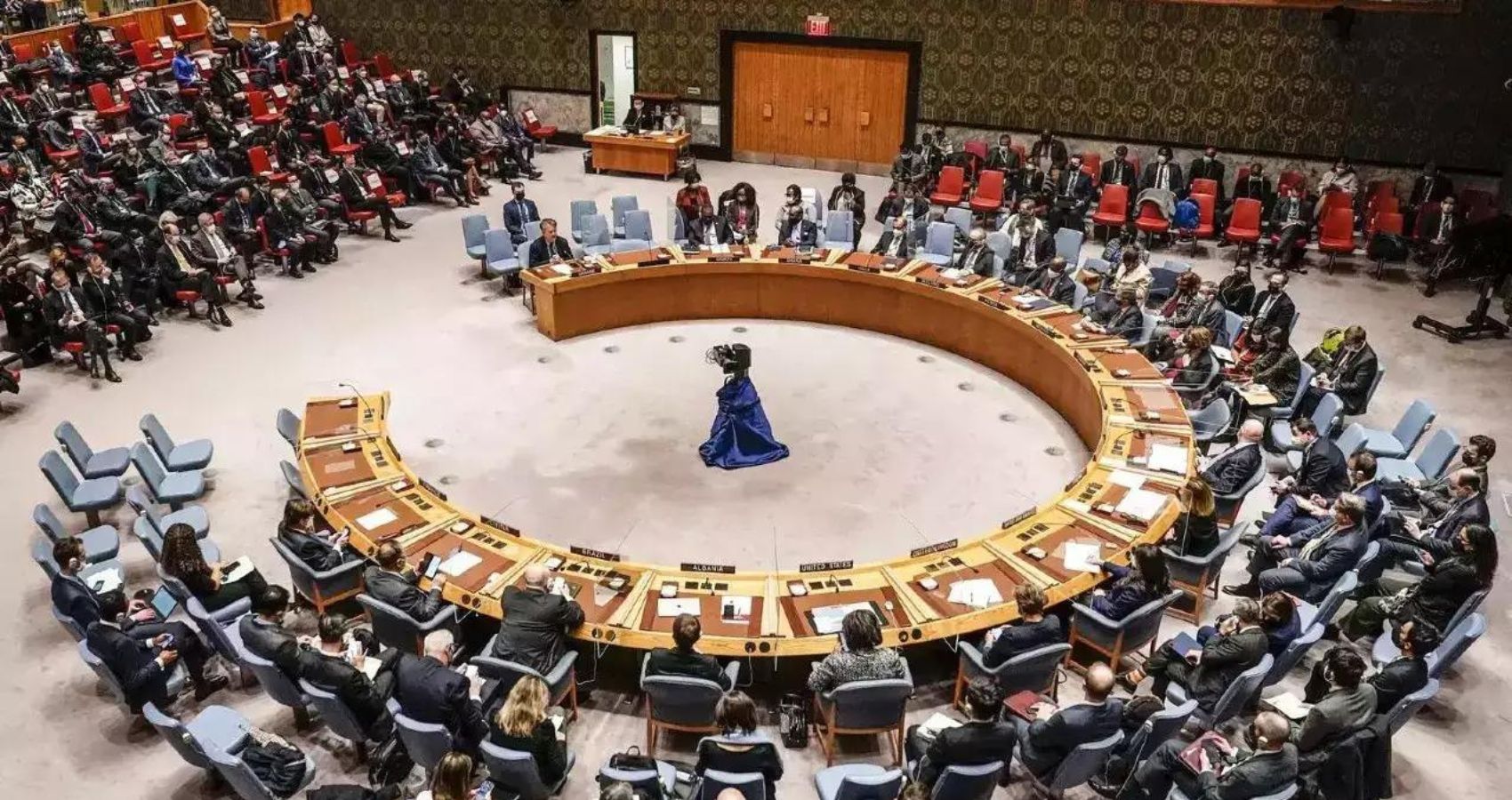 India has abstained on a draft resolution tabled in the UN Security Council which condemned Russia’s “illegal referenda” and annexation of four Ukrainian territories.

The UNSC called for an immediate cessation of violence while underlining the need to find pathways for a return to the negotiating table.

India’s Permanent Representative to the UN Ambassador Ruchira Kamboj said that India was deeply disturbed by the recent turn of developments in Ukraine and New Delhi has always advocated that no solution can ever arrive at the cost of human lives.

“We urge that all efforts are made by concerned sides for the immediate cessation of violence and hostilities. Dialogue is the only answer to settling differences and disputes, however daunting that may appear at this moment,” she said.

“The path to peace requires us to keep all channels of diplomacy open,” she said, adding that Prime Minister Narendra Modi “unequivocally conveyed” this in his discussions with world leaders, including with Russian President Vladimir Putin and Ukrainian President Volodymyr Zelenskyy.

She also referred to statements made by External Affairs Minister S Jaishankar on Ukraine during the high-level General Assembly session last week. 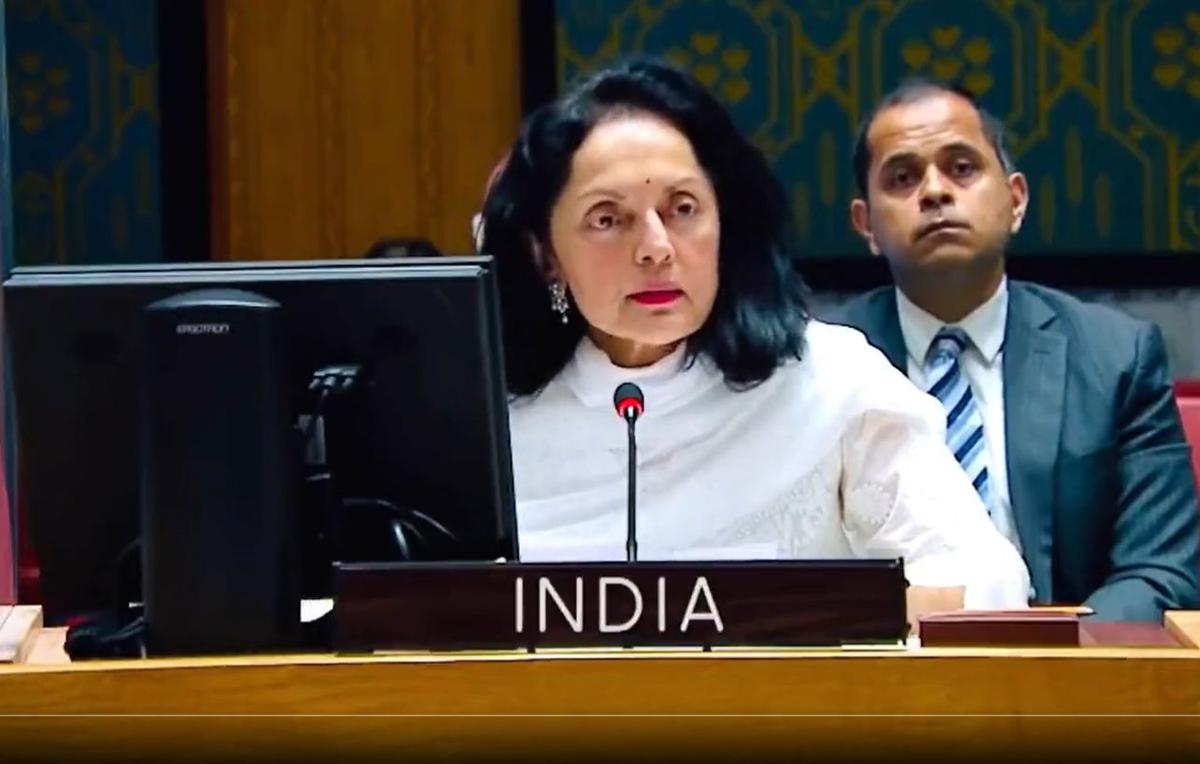 Referring to Modi’s remark to Putin on the sidelines of the SCO Summit in Uzbekistan’s Samarkand that “today’s era is not an era of war”, Kamboj said New Delhi sincerely hopes for an early resumption of peace talks to bring about an immediate ceasefire and resolution of the conflict.

“India’s position has been clear and consistent from the very beginning of this conflict. The global order is anchored on the principles of the UN Charter, international law and respect for sovereignty and the territorial integrity of all states. Escalation of rhetoric or tension is in no one’s interest,” she said.

“It is important that pathways are found for a return to the negotiating table. Keeping in view the totality of the evolving situation, India decided to abstain on the resolution,” Kamboj said. The draft resolution was tabled by the US and Albania which condemns Russia’s “organization of illegal so-called referenda in regions within Ukraine’s internationally recognized borders.”

The 15-nation UN Security Council on Friday voted on the draft, of the 15-nation Council, 10 nations voted for the resolution while China, Gabon, India and Brazil abstained. The resolution failed to get adopted as Russia vetoed it.

The resolution declares that Russia’s “unlawful actions” with regards to the “illegal so-called referenda” taken on September 23 to 27 this year in parts of Ukraine’s regions of Luhansk, Donetsk, Kherson, and Zaporizhzhya that are under Russia’s temporary control can have “no validity” and cannot form the basis for any alteration of the status of these regions of Ukraine, including any “purported annexation” of any of these regions by Moscow.

Earlier, Russian President Putin on Friday had proclaimed the annexation of the Ukrainian regions of Donetsk, Luhansk, Kherson and Zaporizhzhia.

The announcement came a day after UN Secretary-General Antonio Guterres said that “any annexation of a State’s territory by another State resulting from the threat or use of force is a violation of the Principles of the UN Charter and international law.”

“Any decision to proceed with the annexation of Donetsk, Luhansk, Kherson and Zaporizhzhia regions of Ukraine would have no legal value and deserves to be condemned,” Guterres said.

“It cannot be reconciled with the international legal framework. It stands against everything the international community is meant to stand for. It flouts the purposes and principles of the United Nations. It is a dangerous escalation. It has no place in the modern world. It must not be accepted,” the UN chief said.

The resolution also calls upon all States, international organisations and specialised agencies not to recognize any alteration of the status of Ukraine’s regions of Luhansk, Donetsk, Kherson or Zaporizhzhya on the basis of Russia’s “unlawful actions” with regards to the illegal so-called referenda taken on September 23 to 27, and to refrain from any action or dealing that might be interpreted as recognising any such altered status.

It also decides that Russia shall “immediately, completely and unconditionally” withdraw all of its military forces from the territory of Ukraine within its internationally recognised borders, which includes those regions addressed by the “illegal so-called referenda” to enable a peaceful resolution of the conflict between Russia and Ukraine through political dialogue, negotiation, mediation or other peaceful means.