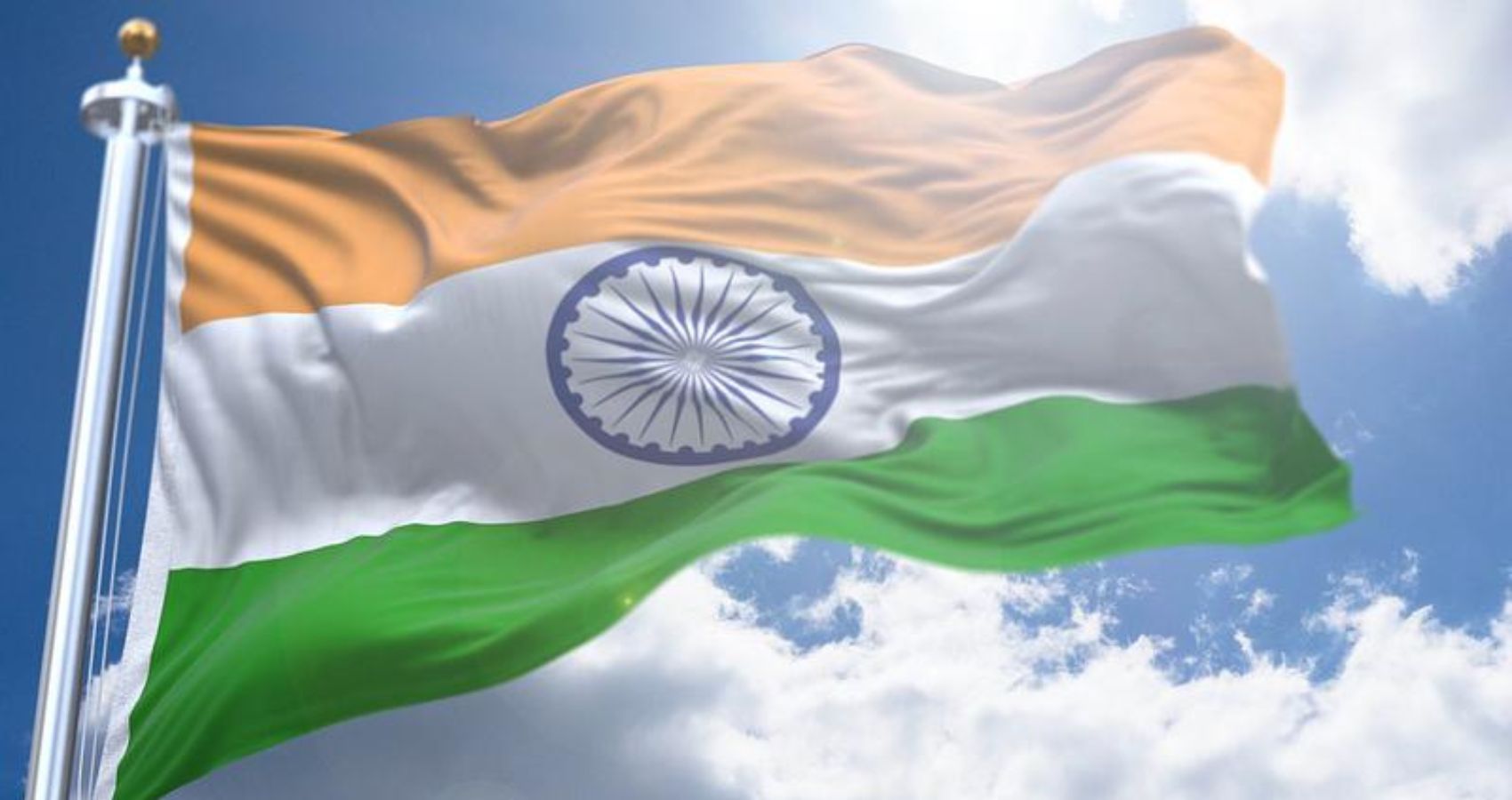 Today, several other countries are gaining greater respect and acceptability in the comity of nations. India, certainly, is one of them. What is perhaps likely to happen is that global leadership would be a shared responsibility.

We are living in difficult times. The global community is confronted by extraordinary and unprecedented turbulence that has divided rather than united them. The world order is increasingly characterized by deep insecurity, resulting in polarization, insularity, instability, and xenophobia.

The conduct of foreign policy in such a scenario can be daunting, especially for developing countries, such as India, which needs to tread carefully, so that it might avoid being caught in the crossfire between opposing powers. New Delhi is acutely aware that a strong foreign policy, based on the pursuance of national interests, is going to be increasingly challenging. The Russia-Ukrainian war, for instance, tested India’s ability to maintain its strategic autonomy. In the process, New Delhi was able to import the S 400 missile systems and much-needed energy resources from Russia. But when it was in India’s overall interest to gently convey its misgivings to President Vladimir Putin, Prime Minister Modi did so, when the two leaders met on the sidelines of the Shanghai Cooperation Organisation (SCO) summit in Samarkand.

By refusing to take sides in the Great Power rivalry, New Delhi has retained flexibility and more importantly, the ability to persuade where others have failed. Putin understood that Modi spoke as a friend and well-wisher. Quiet diplomacy is often far more persuasive than aggressive posturing. 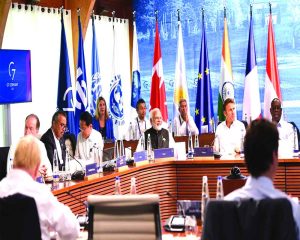 In a deeply divided environment, India knows that the cold calculus of diplomacy needs to be based on realism, pragmatism, and perceptions. Human behaviour is largely a derivative of perceptions, which, in turn, are based on experiential evidence.  This, in turn, impacts expectations and finally, output.

Consider New Delhi’s perception of Pakistan, for instance. Decades of cross-border terrorism, death of innocent civilians, the 26/11 terror attacks in Mumbai, the disclosures of the arrested terrorist Kasab, and a whole range of other acts committed with the full support of the Pakistan government and military naturally create the perception that Islamabad is driven by an anti-India psyche. This perception is based on experience and would necessarily impact expectations. In other words, it would influence the thinking that dialogue with Islamabad would be unproductive. The output, consequently, is status quo. Indeed, Prime Minister Atal Bihari Vajpayee had once famously said that it was difficult to talk with someone who shakes your hand above the table, while kicking you from underneath.

India realizes that, despite global condemnation of terrorism and Islamabad’s poor track record in this regard, Pakistan enjoys emphatic support from Beijing. China has put on hold, for instance, a US proposal in the UN Security Council to designate Lashkar-e-Taiba (LeT) handler, Sajid Mir, as a global terrorist. China today counts for 72 per cent of major arms supplies to Pakistan. But then, US actions are equally strange. In a bizarre move recently, when Pakistan is reeling under ravaging floods, Washington supplied it with F16s.

Take the case of China. New Delhi’s perception, which is shared by the global community, is that under Xi Jinping, China has become belligerent, antagonistic, and hegemonic. Several countries, ranging from the US to Australia, recognize that a rising China would threaten the global order. Yet, they do business with them, as indeed does India. Australia’s two-way trade with China is $250 billion in comparison to $25 billion with India. In 2020, the two-way US-China goods trade was $560 billion. According to data from the Indian Commerce Ministry, bilateral trade in 2020-21 between India and the US stood at a little under $120 billion, almost equivalent with China, which stood at $115.42 billion.

China matches its economic clout with its military ambitions. The South China Sea dispute, its treatment of the Uighur Muslim population, the crushing of internal threats and dissidence, its unequivocal support to Pakistan, its wooing of India’s neighbours, and its August 2020 misadventure to alter the status quo on the border with India are prime examples of China’s perception of its national interest. New Delhi is acutely aware that it lives in a troubling and troubled neighbourhood. Credible perceptions of Beijing’s behaviour, both past and present, make it amply clear that dialogue between the two countries needs to be based on pragmatism and limited expectations.

National interest has always been the prime focus of foreign policy, especially of the Great Powers. Developing countries, on the other hand, were forced to compromise and adjust to externally imposed decisions or face dire consequences, which included the assassination of their leaders, and the replacement of their governments with a more pliable leadership. The CIA’s activities in this regard are well documented.

While no country would admit to conducting an unethical foreign policy, the fact is that national interest and ethics are not always compatible. The great champions of democracy, for instance, prefer to deal with dictatorships and autocracies and are accepting of extreme violations of human rights and civil liberties. The US involvement in Vietnam, the imposition of ruthless dictators in Latin America, regime change in Iraq, the hasty and unilateral withdrawal from Afghanistan, to name a few, can hardly be classified as being ethical or morally justified. Indeed, even a former British prime minister was frustrated enough to refer to the American exit from Afghanistan as “imbecilic”. Similarly, the recent visit by US President Joe Biden to Saudi Arabia to discuss with the monarchy, despite CIA reports that the Crown Prince was personally involved in the killing of the Washington Post reporter, an American citizen of Saudi descent, reflects the primacy of national interest. Ethics plays no part in this and is, at best, an inconvenience.

India realizes that in the fractured world we live in, the strength of a nation lies in its ability to safeguard its national interest. India has refused to outsource this and consequently, Is not a member of any security alliance. If there is military aggression by Pakistan and China, India needs to rely on its own resources. As part of its national interest, therefore, India needs to enhance its military capability while, simultaneously, keeping channels of communication open to ensure that armed confrontation may be avoided or entered into only as a last resort.

The safeguarding of national interest assumes that the threats to national interest are minimized and finally, eliminated. Consequently, the core emphasis of Indian diplomacy has been to win friends across the globe. This, in fact, has been the building block of Indian foreign policy since independence. It has served us well and continues to be relevant.

Leadership in a disorderly world

The world is in chaos and faces a leadership vacuum. US influence is declining, and it is no longer seen as a reliable partner. Russia appears to be teetering on the brink of collapse. China’s rise is increasingly perceived as a global threat. Europe continues to remain disunited. The UN has, for all practical purposes, lost its utility. Uncertainty hangs over the global community like a shroud. There is, consequently, anxiety as to how the prevailing disorder may be stemmed, especially in the face of multiple challenges and new threats.

Around a hundred years ago (in 1923), British philosopher Bertrand Russell had written in one of his essays, “America controls the world and will continue to do so, until Russia is prosperous and Europe united”. This prediction is increasingly coming to be proved wrong. Today, several other countries are gaining greater respect and acceptability in the comity of nations. India, certainly, is one of them. What is perhaps likely to happen is that global leadership would be a shared responsibility. During the pandemic, for instance, India established its leadership role, which earned it the title of ‘pharmacy of the world’.

On solar power, India has leapfrogged and is set to achieve ambitious targets. On the manufacture of semiconductors, recent initiatives suggest that India might well overtake China as a global supplier. At the same time, New Delhi is conscious that a successful foreign policy is entirely dependent on the number of friends it has around the globe.

These are difficult times for any county and the crafting of its foreign policy in complex and complicated terrain will be challenging. It requires patience and perseverance. As the great chess grandmaster, Alekhine, once said, “When you make your first move on the chessboard, you must already know how you plan to end the game”. A strong foreign policy requires a long-term vision, critical to which is the way a nation projects itself and is perceived by others, both in terms of domestic policies and governance, as also its conduct on the international stage and global affairs.

(Ambassador Amit Dasgupta is a former Indian diplomat. This article is based on a talk delivered by him on August 29 2022, at Christ University, Bengaluru, at an event sponsored by the Ministry of External Affairs, Government of India. Views are personal. Read more at: https://www.southasiamonitor.org/spotlight/foreign-policy-divided-world-will-india-rise-occasion