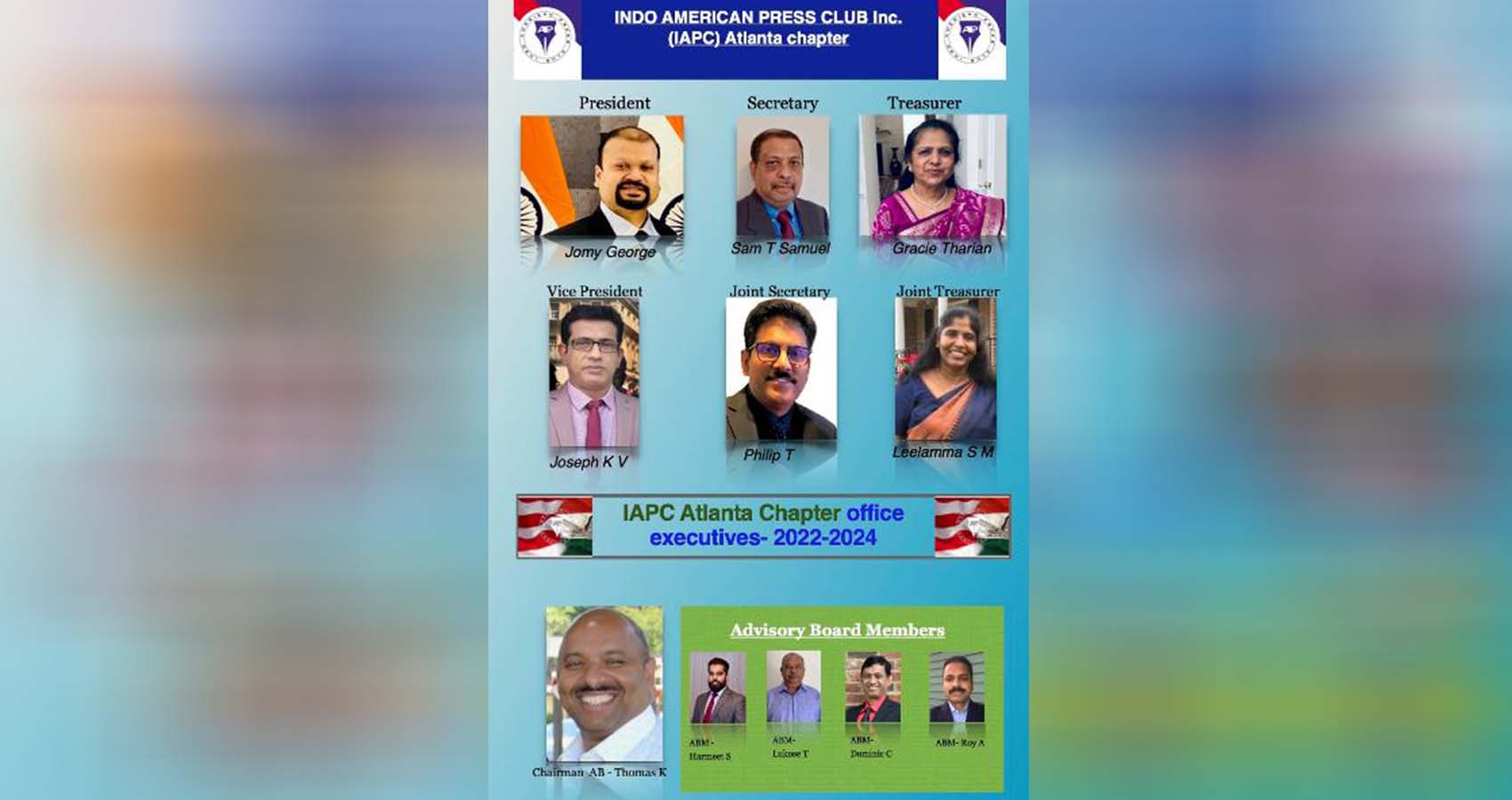 IAPC Atlanta chapter has demonstrated over the years its unique quality of accepting changes and promoting new officers for each term.Exiting president Sabu Kurian (appointed to the national committee) recommended sitting secretary Jomy George as the next president, and Anie Anuvelil seconded the recommendation. Then the Vice president’s nomination was approved by Lukose Tharian and Philip Thomas. Followed by the secretary’s request for the new term, the suggested name was Sam T Samuel and Joint secretary Philip Thomas. The recommendation was unanimously seconded by Joseph K V and Thomas K. In addition, Grace Tharian is elected as Treasurer, and  Leelamma S.M as Joint Treasurer.

Thomas Kalladanthiyil was appointed as the Advisory board’s Chairman for the new term. The following members were selected to be the advisory panel – Harmeet singh, Dominic Chackonal, Roy Augustin, Lukose Tharian, and the Chapter unanimously agreed to the recommendation. The appointed executive officers gave their acceptance speech, and the New president declared the goals and vision for the Chapter for the new term. Secretary shared his vision to strategize the Chapter in a reformed way. Also, the treasurer shared unique ideas to make the Chapter financially sound for the new term. The future and the possibilities of the IAPC Atlanta chapter are endless and exciting. New executive members are motivated to see what the future holds for the Chapter with their talents and vision.