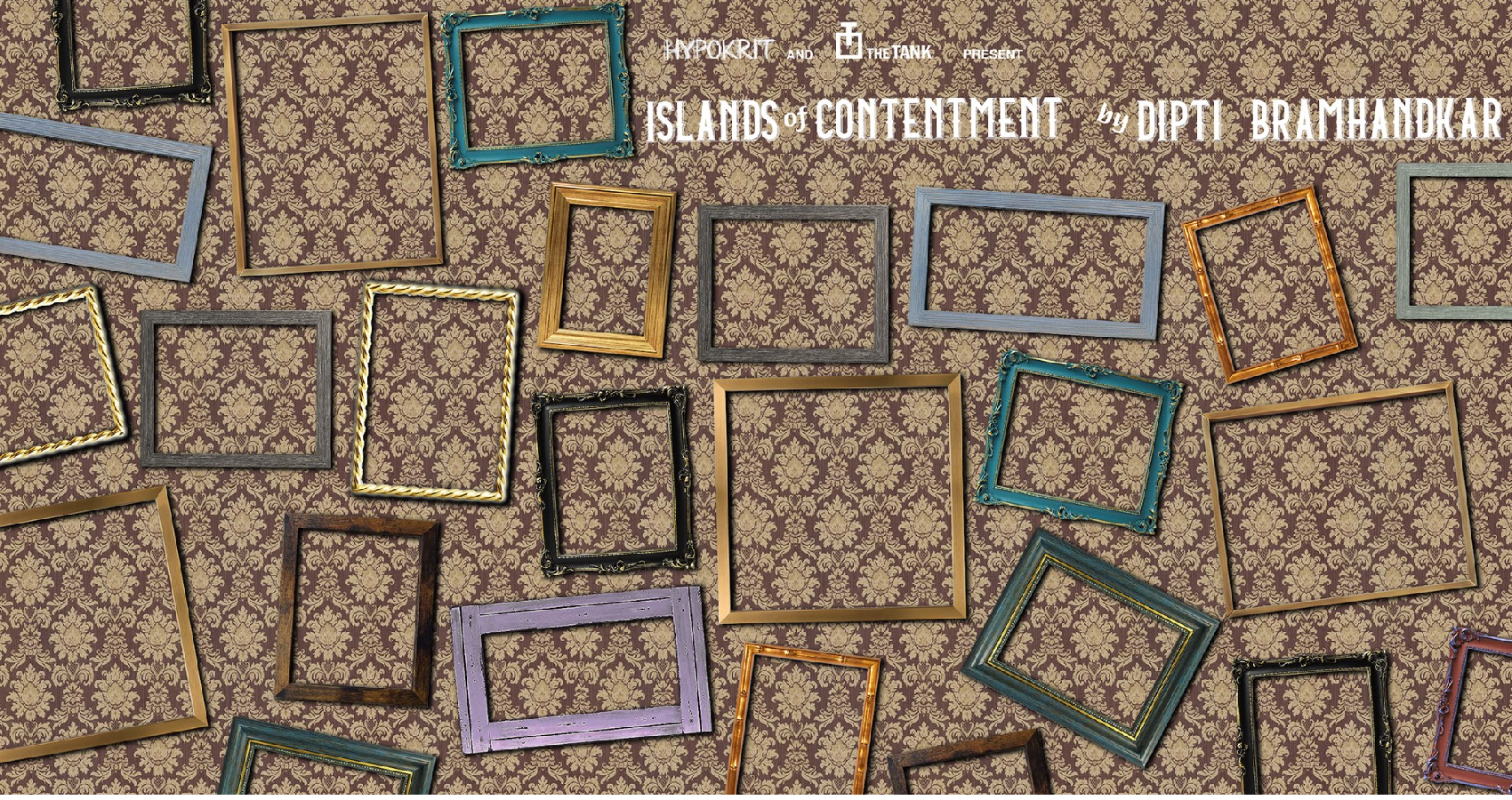 For the first time in theater history, a curated cast of South Asian actors from around the world will take to the virtual stage to perform Dipti Bramhandkar’s “Islands of Contentment,” presented by New York City’s The Tank and co-produced by Hypokrit Productions via Zoom every weekend from April 16th to May 2nd.

Islands of Contentment, co-directed by Arpita Mukherjee and Hannah Wolf (with select filmed monologues directed by Rahul Chittella), is a moving meditation comprised of thirteen monologues presented in a unique virtual format that includes audience interaction through chat. An elegy to the (dis)harmony of romantic relationships, each piece invites us into the intimate, poignant and hilarious interactions with significant others in the form of modern-day confessionals and offers the virtual audience channels for live interaction and deeper connection. Thirteen characters reflect on moments that feel strangely familiar: the break-up dream, the plight of the nice guy, the ex who unexpectedly shows up, and even a baking fetish. No one writes love songs about this stuff.

This one-of-a-kind, virtual show transports small audiences to the characters through the power of Zoom. Each performance is unique to the audience, the actors and which order the audience chooses. Inside the Zoom are two carefully curated, interactive and completely different journeys that the audience can take. These are intimate, limited ticket experiences in which the audience is asked to keep their video on and interacts with the performers through chat. They do not need to be seen in sequential order. Outside the Zoom, audiences are treated to the streaming-only, non-interactive version of the show.

Start the evening with either SEVEN LAYER CAKE or BROWNIE and end the night with the other course. If audiences want to extend their courses, they are welcome to come back another day to indulge in the other course.

As the audience travels to living rooms, hotel suites, kitchens and beyond, they are guided by a mysterious theater-loving narrator, who asks the audience to contemplate their own experience and contribute their own stories. In an attempt to connect through isolation, these stories just might become part of the play. At a time where isolation and distance are universal, Islands of Contentment is a reminder that even in our own strange splendor, we are never alone.

*The performance schedule for Islands of Contentment is as follows: Fridays and Saturdays at 8pm, 9pm and 10pm; and Sundays at 5pm, 6pm and 7pm.Tickets are available starting at $20 at thetanknyc.org/islandsofcontentment