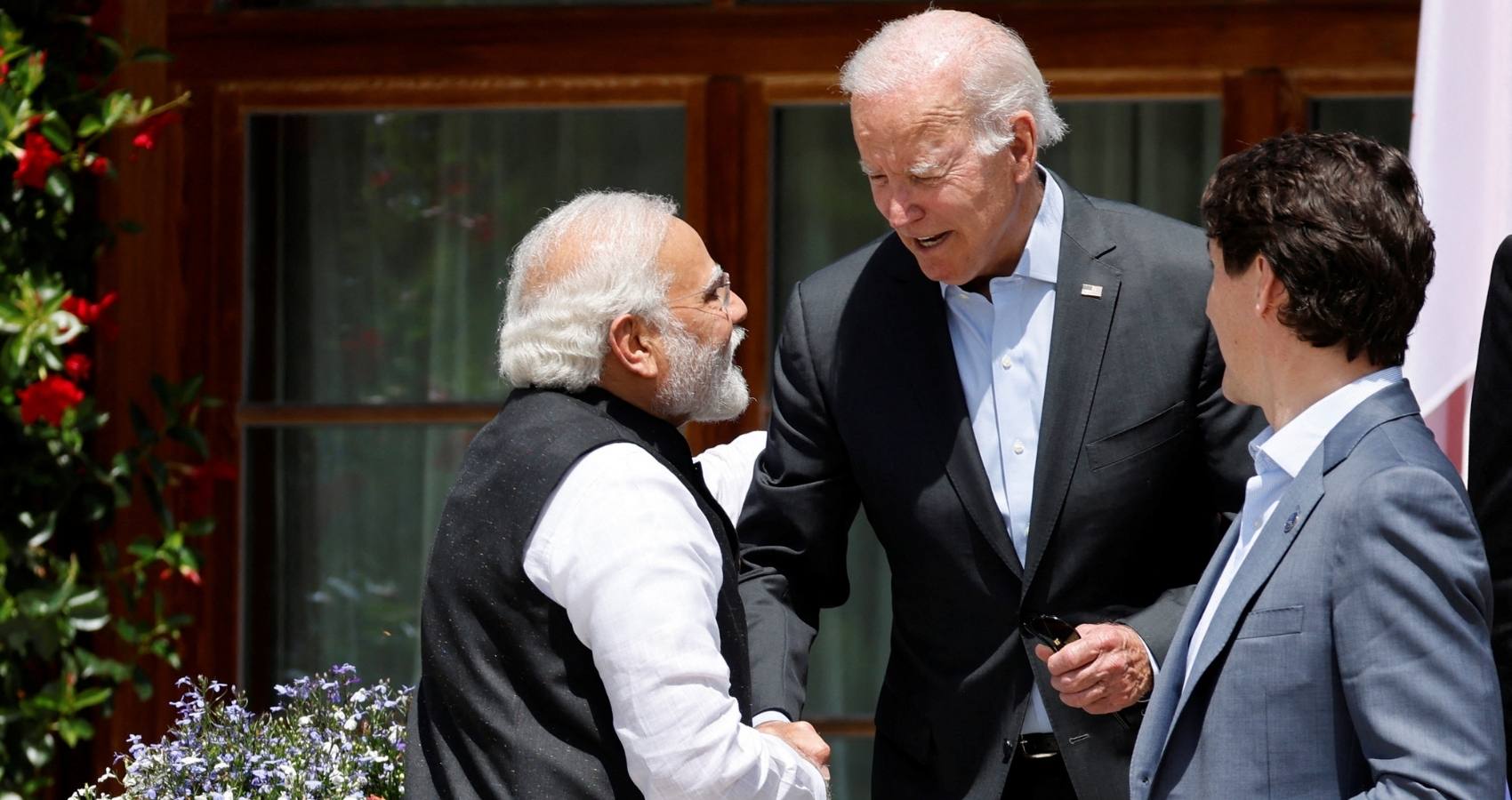 The US House of Representatives has passed by voice vote a legislative amendment that approves waiver to New Delhi against the punitive CAATSA sanctions for its purchase of the S-400 missile defense system from Russia. However, the waiver will become effective only if the US Senate clears the amendment and the President signs it. The Countering America’s Adversaries Through Sanctions Act or CAATSA is a tough US law that authorises Washington to impose sanctions on countries that purchase major defence hardware from Russia in response to the latter’s annexation of Crimea in 2014 and its alleged meddling in the 2016 US presidential elections.

In the face of a two-front military threat from China and Pakistan, India is procuring the Russian-made S-400 surface to-air missiles as part of a $5 billion deal signed in 2018. The systems will be deployed along northern and western borders.

The S-400 TRIUMF is considered one of the advanced air defense systems in the world. The long-range missile is capable of intercepting up to 36 targets simultaneously including aircraft, ballistic and cruise missiles.

India’s Ministry of External Affairs has said that New Delhi is pursuing an independent foreign policy and its defense acquisitions are guided by its national security interests.

India has abstained from voting against Russia, its trusted defence partner, at the UN over the issue of Ukraine war. At the same time, it has remained aligned with the US to counter China in the Indo-Pacific. Seen from this perspective, the CAATSA waiver could be a big boost for India’s strategic autonomy.

The US House of Representatives on Thursday passed a legislation measure that will urge the Biden administration to waive sanctions on India for purchasing Russian S-400 missile defence systems.

The measure passed in a voice vote as an amendment to the National Defense Authorization Act for fiscal year 2023 (the defense budget). To make it to President Joe Biden’s desk for enactment, it must be a part of the final legislation that comes out of a process called reconciliation in which bills passed by the House and Senate are made into one.

India is potentially facing US sanctions under the Countering America’s Adversaries Through Sanctions Act (CAATSA) for its purchase of the Russian 3-400s. The 2017 law seeks to punish Russia for the 2016 election interference and other issues by scaring away buyers of its defence equipment with the threat of secondary sanctions. China and Turkey, a NATO ally, are the only two countries sanctioned by the US under this law yet.

India has started receiving these systems, which technically should have triggered CAATSA sanctions, but the Biden administration has not publicly declared its intentions, either way.

The amendment that passed Thursday was introduced by Ro Khanna, an Indian American lawmaker from California who is now widely believed to be considering a run for the White House in 2024 if Biden decides to not run again.

“The United States must stand with India in the face of escalating aggression from China. As Vice Chair of the India Caucus, I have been working to strengthen the partnership between our countries and ensure that India can defend itself along the Indian Chinese border,” Khanna said in a statement. “This amendment is of the utmost importance, and I am proud to see it pass the House on a bipartisan basis.”

The amendment says India relies on Russian weapons because it faces “immediate and serious regional border threats” from China. And the US should take further steps to encourage India to accelerate its “transition off Russian-built weapons and defense systems”.

The amendment argues then that it’s in the best interest of the US and the US-India partnership to waive the sanction. “While India faces immediate needs to maintain its heavily Russian-built weapons systems, a waiver to sanctions under the Countering America’s Adversaries Through Sanctions Act during this transition period is in the best interests of the United States and the United States-India defense partnership to deter aggressors in light of Russia and China’s close partnership,” it said as approved.

Talk of impending CAATSA sanctions has dogged India-US engagements from the time the law was enacted in 2017, under the Trump administration; it was a bipartisan congressional initiative and then President Donald Trump had no option but to sign. Then Defense Secretary James Mattis and then Secretary of State Mike Pompeo had publicly pressed lawmakers to exempt India and other countries that used to be too heavily reliant on Russian military hardware.

Speculation about sanctions picked up in recent months as India began receiving the missiles. But there has been no public indication that the administration is considering them.