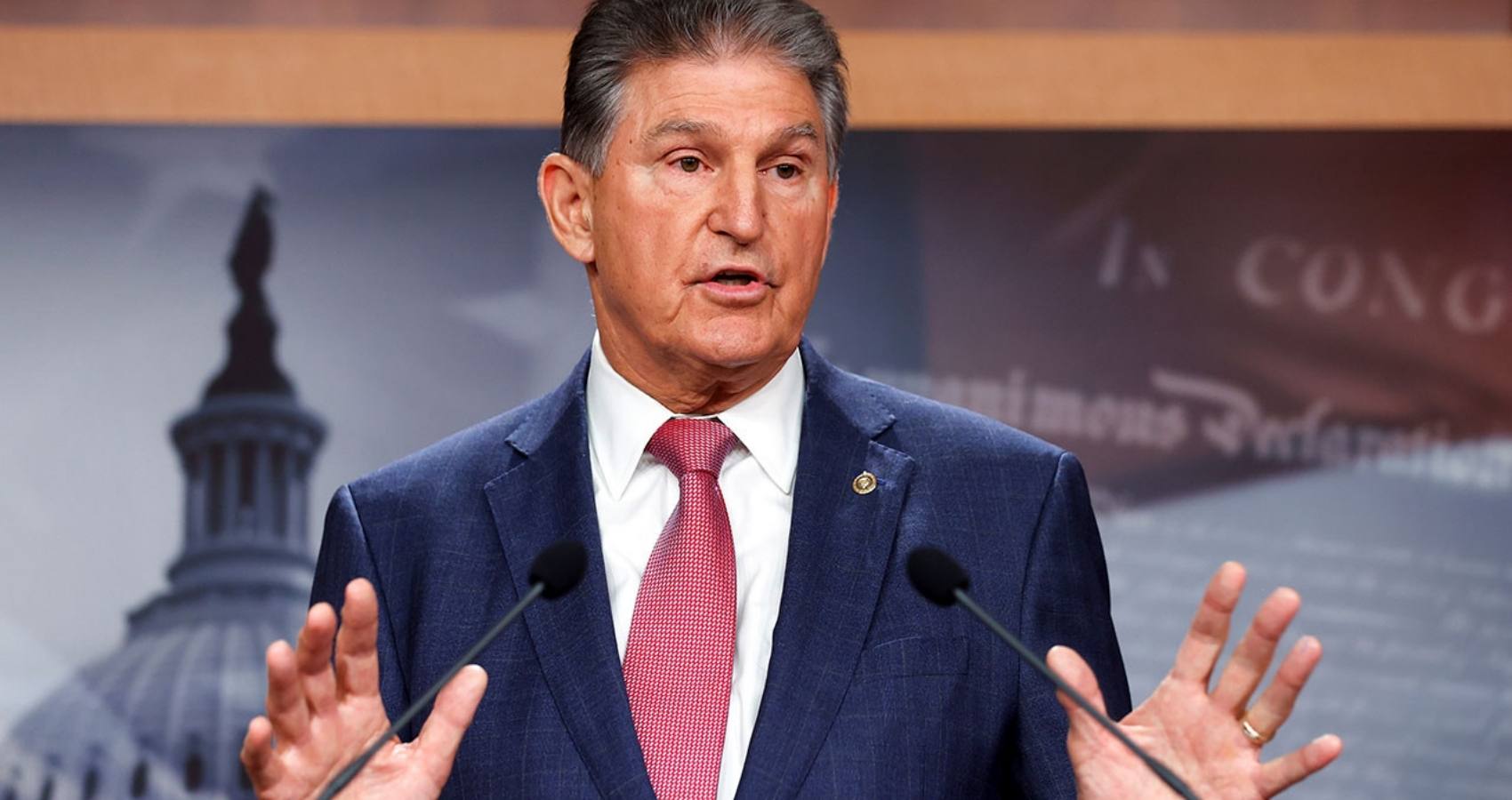 West Virginia’s population shrank 3.7% to 1,782,959 in 2021, from the 1.9 million people who lived there in 2010. In contrast, as per a report by The Census Bureau’s Population Estimates Program, the population in the US grew 6.5% during that period to 330 Million people across all the 50 states and DC. The state of West Virginia ranks 50 out of all 50 US states in population.

West Virginia’s gross state product (GSP) reached $72.2bn, with growth of 0.6% over the 5-years to 2019. West Virginia’s GSP growth ranks 45 out of all 50 US states. GSP is a measurement of a state’s output, or the sum of value added from all industries in the state. The state employs 0.9 million people with a growth rate of -0.2% over the five years to 2018, which ranks it 50 out of all US states. 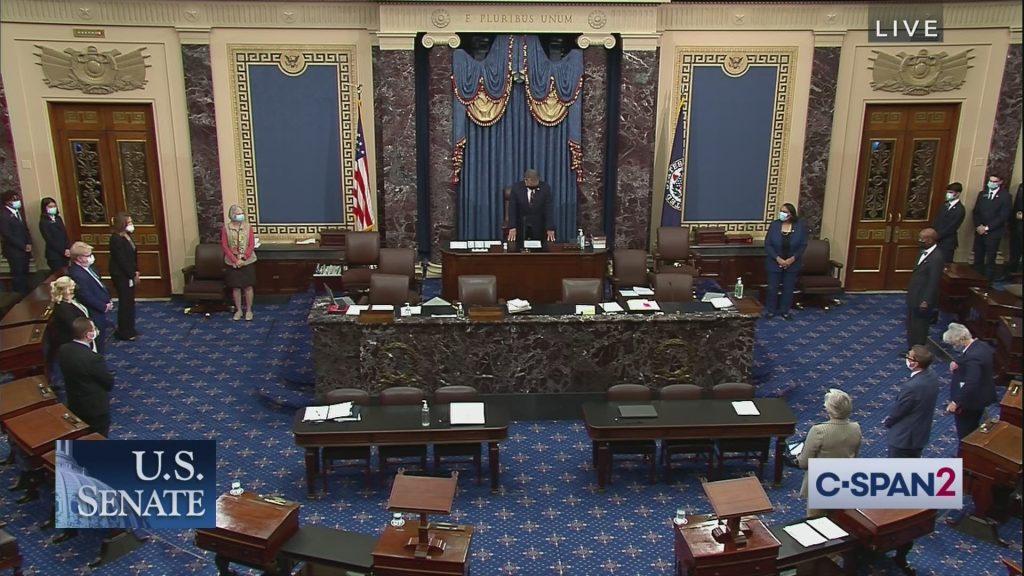 Democrats now have a thin majority in the US Senate, and passing sweeping legislation is not easy, due to a rule requiring votes from 60 of the Senate’s 100 members.  With just 50 members and a tie-breaking vote from Vice President Kamala Harris, Senate Democrats will have the power to confirm executive and judicial nominees and launch investigations in a range of areas.

The current predicament of a 50/50 split in the Senate gives the ruling Democratic party very little scope for legislating President Biden’s Agenda. And that makes every one of the 50 Democratic Senatorall a strong voice, allowing them to choose to support or reject any agenda or policy of the Biden administration. Manchin is powerful in part because of circumstance — in a 50-50 Senate, his party can pass almost nothing without him.

In order to advance any legislation, President Joe Biden’s administration may need to modify its priorities on economic relief, climate change, gun laws, electoral reforms, racial equity and immigration in order to gain support from Republicans and moderate Democrats like Manchin.

One senator, who has exploited this position to suit his narrow political  agenda, is Sen. Manchin, who represents the less than 2 million people of West Virginia, against the well-being of the 330 million Americans.

For instance, Manchin’s decision last week to move ahead with a reconciliation deal that doesn’t involve climate change and raising taxes on the wealthy, risks consigning the entire world to a warmer future, said scientists and advocates for a safer world, said while reacting to the news. Democrats, activists and scientists reacting to the news worried that the inability of Congress to take meaningful reaction would consign the U.S. to more heatwaves, floods, droughts and intense storms.

Democratic senate leaders have been negotiating with Manchin for over a year to try to get him on board with investments that would dramatically reduce U.S. contribution to climate change.  But on Friday last week, Manchin said he’s not interested in immediately moving forward with a deal that includes those investments. Manchin, relaying a discussion he’d had telling Majority Leader Charles Schumer (D-N.Y.) of his decision, suggested he might be able to agree to a deal at a later date.

But those comments rang hollow with climate activists, who noted he has made similar remarks in the past. “Joe Manchin is waving the fate of human survival over our heads like a bone to hungry dogs and it’s really quite frightening,” John Paul Mejia, a national spokesperson for Sunrise Movement, told the media.

Evergreen Action Executive Director Jamal Raad said in a statement that Manchin should not be considered a good-faith negotiator.  “Senator Manchin has lost all credibility and can no longer be trusted to prioritize the well-being of Americans and the planet over his own profiteering and political grandstanding,” Raad said.

“Every ton matters,” said Dan Lashof, the U.S. director of the World Resources Institute, referring to tons of carbon emissions.  “Whether or not this bill gets done has a material impact on total emissions from the U.S. and that affects the magnitude of climate change that we will face,” he said.  Those who have studied the climate-saving potential of the Democrats’ climate bill agree that not passing it would likely lead to more emissions and a warmer planet.

Princeton professor Jesse Jenkins, who has modeled the potential emissions cuts of the legislation under consideration, told The Hill that based on what had been reported thus far, a climate deal would have probably cut emissions between 800 million and 1 billion metric tons in 2030. That’s the equivalent of taking between 172 million and 215 million cars off the roads for a year.  “We’re losing two-thirds to three-quarters of the progress we were hoping to make by 2030,” he said.

Some argued that the rest of the world may be less inclined to take bold action without the U.S. participating as well.  “The U.S. is THE largest historical all-time emitter, and for that reason occupies a special role. We can’t expect other countries to act meaningfully if we fail to,” said climatologist Michael Mann.

President Biden pledged “strong executive action” on climate change in reaction to Manchin’s move. But, with Trump appointed conservative Justices leading the US Supreme Court, Biden’s actions could be blocked and impact minimized.

Most activists reacted in fury to the latest setback, castigating the West Virginia Democrat as potentially signing a death warrant for meaningful climate action against the backdrop of a generationally conservative court, the likely loss of a Democratic majority in Congress and the possible loss of the White House in 2025.

“Joe Manchin has pretended to be supportive of certain investments for over a year now, and it turns out that that was bulls—,” Jamal Raad said.  “That will now be his lasting legacy — a person that tried to put his own profits and sense of his political standing over the planet.”

This is not the first time, Manchin ditched Democrats. The 2018 confirmation hearings for Supreme Court Justice Brett Kavanaugh were tumultuous even by the standards of the Trump era. Kavanaugh, a staunch conservative nominated to replace a more centrist figure, Justice Anthony Kennedy, faced sexual assault allegations dating back four decades from Christine Blasey Ford.

Republicans had held a 51-49 majority in the Senate, but Sen. Lisa Murkowski (R-Alaska) would ultimately refuse to back Kavanaugh. That left Manchin and moderate Republican Sen. Susan Collins (R-Maine) as the crucial votes. Manchin was the only Democrat confirming him to the highest court. Last month, after the Supreme Court struck down the landmark Roe v. Wade abortion decision, Manchin said he was “alarmed” by the actions of Kavanaugh and Justice Neil Gorsuch, the other Trump nominee for whom he voted.

Again in December 2021, the West Virginia Senator’s single most dramatic intervention may have been his announcement that he would sink President Biden’s keystone legislation, the “Build Back Better” bill. The fact that he chose to announce his opposition on Fox News drove liberal Democrats to even more intense outrage.

Manchin said in a statement reiterating his opposition to the legislation, which would have extended an expanded child tax credit, helped with child care costs, taxed high earners more and taken significant action on climate change, among other things.

In June 2021, Manchin destroyed the potential party unity on ‘For the People’ voting reform legislation, one of the major goals of Democrats when they won back the White House — and control of the Senate — in the 2020 election. Many in the party see American democracy as being in existential danger. Schumer declared the protection of voting rights, and of elections themselves, to be a “top priority.” The legislation never had a clear path through the Senate, requiring 60 votes to pass in the absence of filibuster reform. But Manchin denied Democrats even the claim that they were unified behind the proposal. Manchin reiterated his opposition to filibuster reform, driving the final nail in the coffin of the “For the People” proposal.

Manchin has all along thwarted filibuster reform ever since he was elected to the Senate. Democrats often become enraged with Manchin because they believe he acts in bad faith.  In one of many statements outlining his position, Manchin’s office detailed his steady stance dating back to 2013, when he opposed such reform while Democrats held the Senate majority.

Manchin is the most conservative Democrat in the Senate — and perhaps the most controversial, at least with the rest of his party. He won reelection to a second full Senate term in 2018, just two years after President Trump carried his state by more than 40 points.

Manchin’s refusal to back any climate proposal could doom action for years to come, given the strong likelihood of Republicans flipping the House in November. Sens. Tina Smith (D-Minn.) and Martin Heinrich (D-N.M.) independently used the same term to describe Manchin’s stance this week: “Infuriating.”