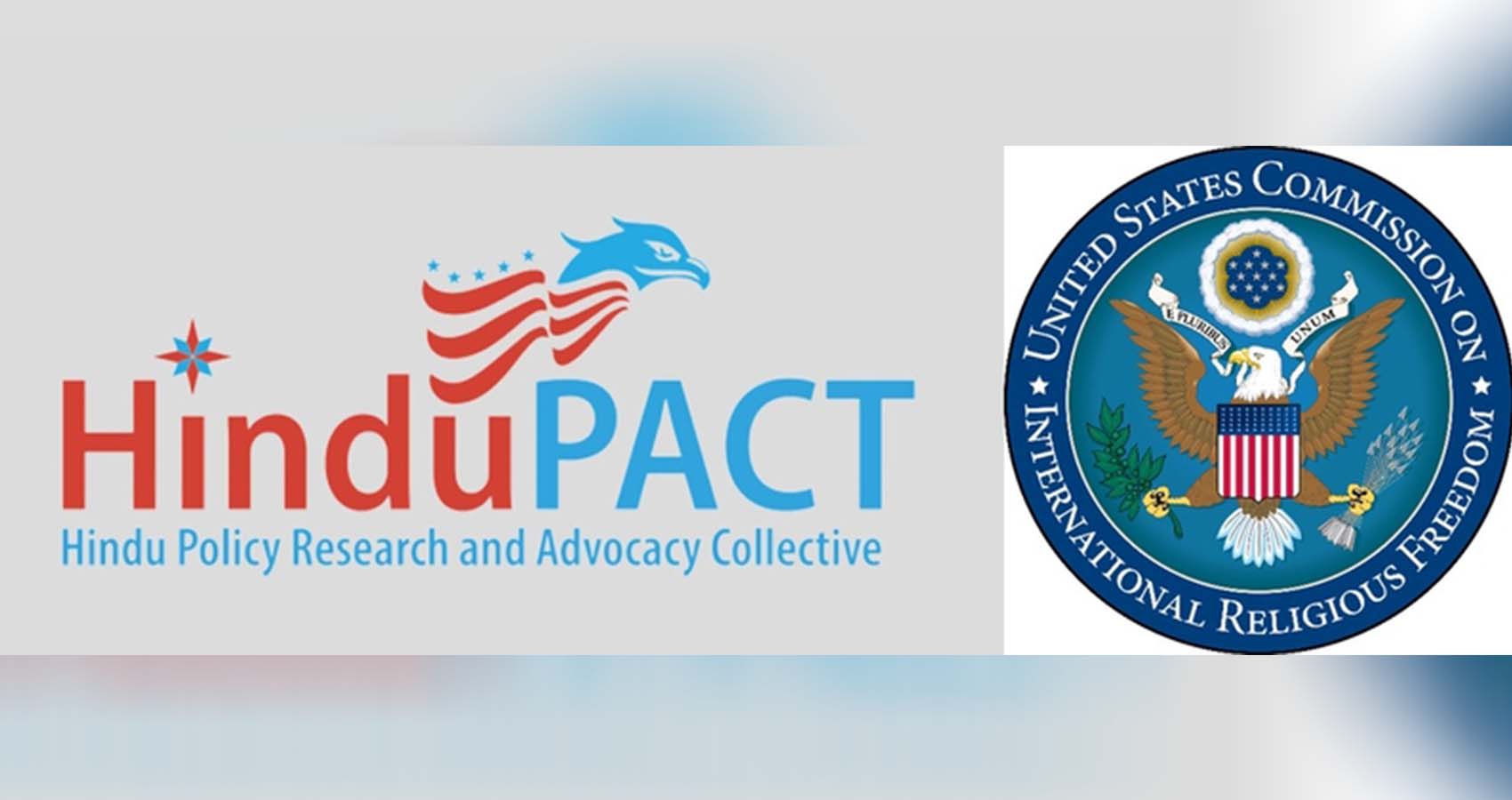 The United States Commission on International Religious Freedom (USCIRF) has again recommended placing India on the “blacklist” as a “Country of Particular Concern (CPC), a practice that began in 2020. HinduPACT condemns the continued outsourcing of the USCIRF report and recommendations on India, comparing it to propaganda narratives provided by Jamaat-e-Islami linked groups.”

Utsav Chakrabarti, Executive Director of HinduPACT said, “This year’s report follows a pattern of reports that have appeared in previous years. Based on publicly available information on topics like Citizen’s Amendment Act (CAA) and Kashmir, the USCIRF report is a ‘copy-and-paste’ of talking points peddled by an agglomeration of Islamist groups working with radical Islamist-linked group “Justice for All”, on whose platform USCIRF commissioners are known to appear regularly.”

Ironically, the USCIRF report chose to use images of Sikh victims of Islamist terror, and Muslim Afghan women – living peacefully in India – who fled their nation at the onset of the Taliban’s takeover, protesting with signs in English and Pashto (in October 2021) to demand better rights for women in Afghanistan, on its cover page.

Ajay Shah, President of World Hindu Council of America (VHPA) and Convenor of HinduPACT, sharply criticized the report and said, “It is now obvious that the USCIRF has been taken over by the Indophobic and Hinduphobic members. Many of these members have attended India and Hindu bashing events. It is no surprise that their selective observations are meant to promote a political agenda and further their electoral reach in selected communities.” He further asked: “If for example, Sikhs were discriminated against in India, why did the Afghan Sikhs fleeing the Taliban seek refuge in India taking advantage of preferential immigration that USCIRF criticizes? Why would the report ignore the violence against Hindus in West Bengal, Rajasthan, or Kerala? And why would they report on a purely internal economic issue of India such as ‘Farm Bills’?” Shah concluded, “We are confident that the State Department will reject this religious fundamentalist driven, corrupt NGO-promoted report on India.”

We hope that USCIRF will regain some of its credibility in future reports, if it refrains from becoming an instrument of propaganda promotion targeting democratically elected leaders in diverse, peaceful multi-ethnic countries around the world, HinduPact said in a statement.