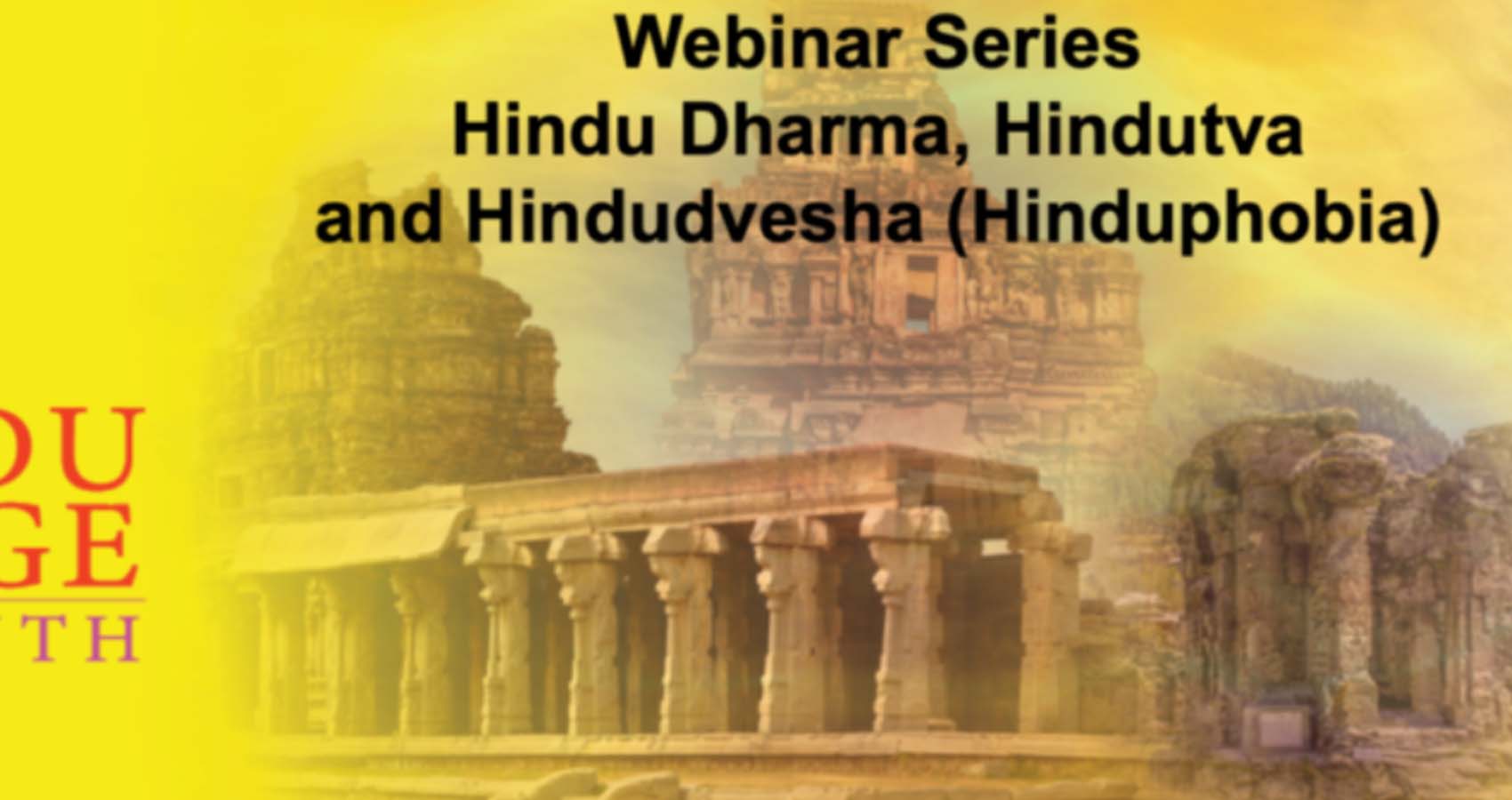 The second set of panels of the “Hindu Dharma, Hindutva and Hindudvesha” conference series were held last month, in coordination with and in celebration of Hindu Heritage Month. Four sessions held over the weekend focussed on issues like Colonialism and Hinduism and challenges faced by Hindus in the Islamic world. 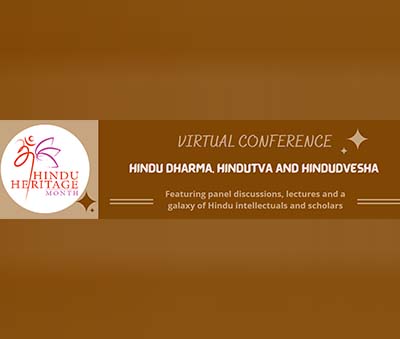 The virtual conference showcased the diversity of views within the Hindu world, feature friends of the Hindu community, and address a troubling trend of anti-Hindu sentiment (Hindudvesha or Hinduphobia) which has more recently plagued the Hindu diaspora in the United States, Canada and other parts of the world.

The Hindudvesha conference is being jointly organized by American Hindus Against Defamation (AHAD), an initiative of the World Hindu Council of America (VHPA), and Dharma Civilization Foundation.

The conference began on Saturday, October 23, 2021, from 11AM-1PM. The first session, “Coloniality and the Hindutva Movement,” delved deeper into understanding the Hindutva movement within the context of Coloniality, while the second session, “The Post-Colonial Hindu Hangover,” discussed how Colonialism has impacted the Hindu intellectual condition.

The second day of the conference took place on Sunday, October 24, between 11AM-1PM and the focus was on the impact of Islam on the Hindu culture and psyche. The entire conference was held every consecutive Saturday and Sunday over the course of four weeks.

In a joint statement, Kalyan Viswanathan, President of the Hindu University of America and VHPA Vice President Dr. Jai Bansal said: “Hindus are a deeply spiritual and peace-loving community. At one billion strong globally and roughly four million in the US, they represent a growing immigrant minority community in the United States. Historically, Hindus have never invaded, conquered, or enslaved others nor confiscated land or property. On the contrary, Hindus have repeatedly been victims of colonization and invasions. Perhaps their greatest characteristic is that they live and let live.

At the core of Hinduism is a certain foundational embrace of plurality which honors diversity and fosters co-existence. Unfortunately, as they are being repeatedly and increasingly maligned in unprecedented ways, it is important that Hindus speak up to set the record straight to contest the lies and misinformation circulated by those seeking to undermine them.” VHVA President Dr. Ajay Shah said, “it is high time to educate the world about the essence of Sanatana Vedic Dharma and it’s positive contributions to civil society, at all levels, and the world.”

American Hindus Against Defamation (AHAD) is the first and the most prominent Hindu organization against defamation in the USA.  AHAD has been actively monitoring mass media, products, public places etc. to ensure respectful and accurate representation of Hindu dharma, culture, images and icons. Active since 1997, hundreds of thousands of Hindus have participated in various advocacy activities led by AHAD. Hindudvesha project is partnership between AHAD and Dharma Civilization Foundation (DCF).

World Hindu Council of America (VHPA) is the most prominent organization of Hindus in the USA. Founded in 1970, it has chapters across the country.   VHPA runs educational programs for Hindu children and youth in addition to community service (Seva) activities, and initiatives such as Hindu Mandir Executives’ Conference (HMEC), Hindu Womens’ Network, in addition to AHAD and HinduPACT. To learn about the conference, visit Hindu Dvesha – HHMConference