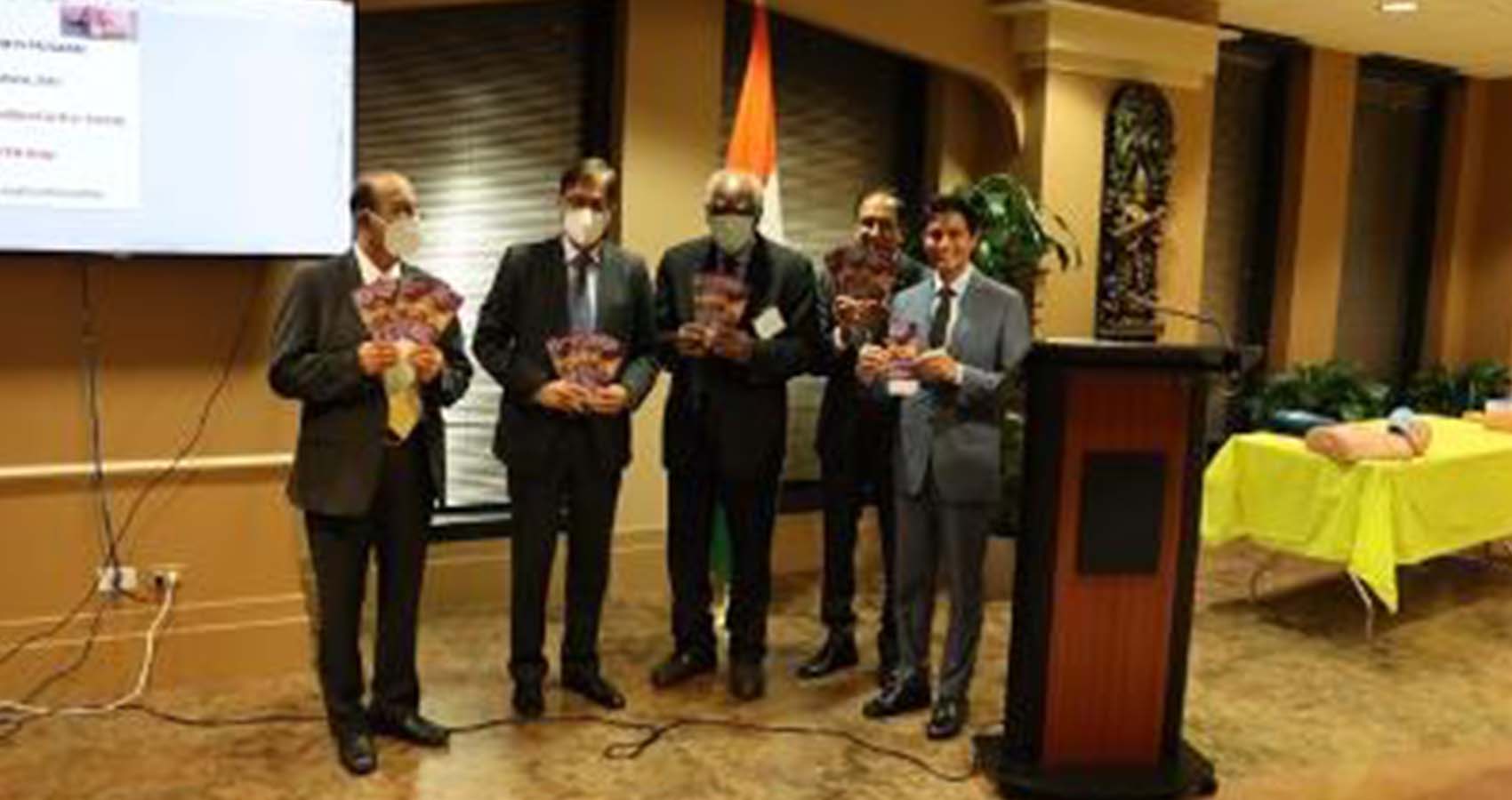 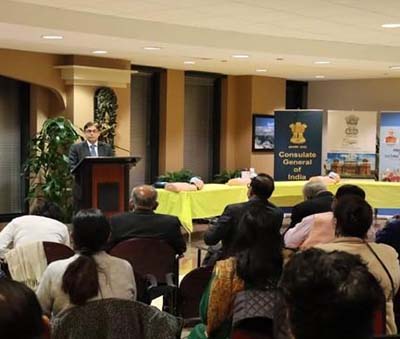 The Indian American community-focused program was jointly developed by Dr. Vemuri S Murthy, Chairman of the Board of  Chicago Medical Society and Founder of the Chicago Medical Society Community Bystander CPR project “SMILE” (Saving More Illinois Lives through Education) in association with Dr. Srinivas Ramaka, an eminent Cardiologist from Telangana, India. The program was attended by several members of the Indian diaspora, leaders of Medical Organizations, and Diplomats of the Indian Consulate, staff, and families.

Inaugurating the program, Honorable Consul General Amit Kumar spoke on the importance of Indo-US healthcare partnerships to reduce morbidity and mortality due to heart disease and the major role of the Indian diaspora in strengthening these affiliations through jointly developed innovative projects. As an example, he referred to the Heart Rescue India (HRI) project, recently implemented successfully with Indo-US collaboration, involving the University of Illinois College of Medicine and UI Health, Chicago, and Ramaiah Medical College in Bengaluru with a grant from Medtronic. He congratulated the Indian Physician community for their ongoing contributions to the Indian and US Healthcare sector. 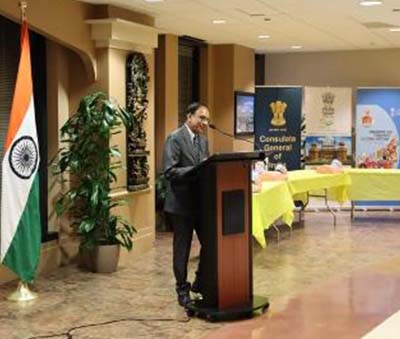 In his address, Hon’ble Member of Congress Danny K. Davis stressed the importance of taking care of one’s health. He commended the significant role of the Indian American doctors in contributing to the general health and well-being of US communities. In a virtual message, Honorable Congressman Raja Krishnamoorthi congratulated the Indian Consulate and Dr. Vemuri Murthy for organizing the program and their efforts to enhance outcomes after cardiac arrests among the communities.

Dr.Murthy gave a presentation on Global Heart Disease, Heart Attacks and Sudden Cardiac Arrests with a special focus on Indians and Indian diaspora in the USA. He spoke of the  programs needed to improve the survival and outcomes during cardiac emergencies via. community awareness, prevention, early recognition, and timely intervention. He also brought to the attention of audience the need to seriously address “Women’s Heart Health” issues. A Hands-only CPR demonstration and training of the participants followed. 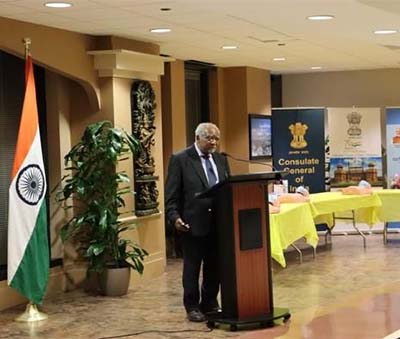 Efforts to raise awareness of heart disease and promote “Healthy Heart” lifestyles is essential. Heart disease is the number one Global Public Health problem. South Asians are at a four-times greater risk of heart disease than their western counterparts and have a greater chance of having a heart attack before 50 years of age. Heart attacks strike South Asian Men and Women at younger ages, and as a result, both morbidity and mortality are higher among them compared to any other ethnic group. They tend to develop heart disease ten years earlier than other groups.

Dr. Vemuri S. Murthy, an Adjunct Faculty in the Department of Emergency Medicine @ The University of Illinois College of Medicine, Chicago, Illinois, USA and Visiting Professor in India, is an Advocate of Resuscitation education, training and research in USA and India.His current work involves Cardiac Arrest Registries and Cardiac Health-promoting Projects with Indo-US collaborations.