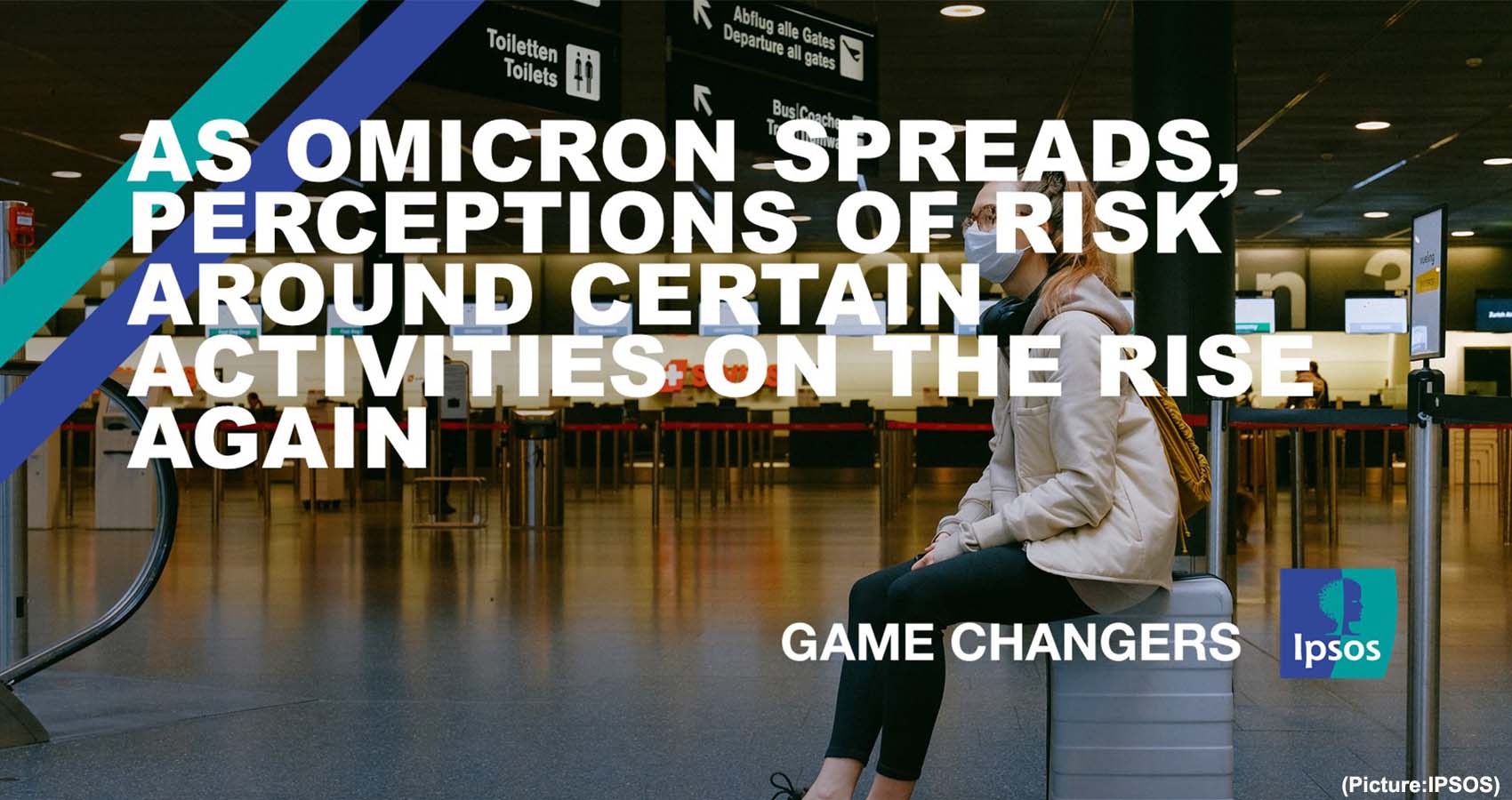 President Joe Biden is resisting school closures and other shutdown measures in the face of the highly transmissible omicron variant as the public grows increasingly weary about a seemingly never-ending pandemic and confusion over mixed messages from health officials.

Biden is trying to urge people to take precautions, but his speech on Tuesday represented a shift from earlier messaging. No longer is he endorsing strict mitigation measures, such as nonessential business closures, and the concept of social distancing is hardly mentioned.

But Biden is facing the limits of what he can accomplish. The administration is pushing testing and vaccines, which it cites as part of the reason for not needing stricter pandemic measures, but there is no political appetite for anything stronger.

Biden’s new tone instead reflects the reality that COVID-19 is here to stay and that Americans should not be expected to completely upend their lives once again. 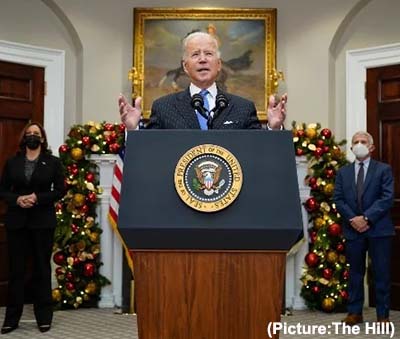 The U.S. never had a nationwide lockdown like other nations did. Even during the height of the pandemic in the spring of 2020, each governor made his or her own decisions about the level of restrictions to enact state by state.

Still, health experts and administration officials generally agree that widespread shutdowns of businesses and other in-person settings are unnecessary because the U.S. has widespread coronavirus vaccines that protect against serious illness.

“This moment is much different than March 2020. We have tools to keep people safe and will continue using them to do so,” White House coronavirus coordinator Jeff Zients said during a White House briefing Wednesday.

Further restrictions would also be massively unpopular, and Biden is already dealing with sagging poll numbers and a country exhausted by the seemingly never-ending cycle of exploding case numbers. The prolonged closures and restrictions last year had a damaging effect on the economy that the country has only partially bounced back from.

“The public is thoroughly disillusioned and past the point that they will accept a closure of society or that their kids are going to go home and learn remotely again,” said Lawrence Gostin, a public health law professor at Georgetown University.

“From a public health point of view, what we’ve seen from lockdowns is that every time we lock down, we do dampen down the virus, but as soon as we open up again, it roars back,” Gostin said. “We haven’t demonstrated any long-term benefit from lockdowns.”

But even if it’s not on the same level as 2020, the U.S. is starting to see some signs of disruption to operations it did not experience during the delta variant wave that began hitting the U.S. in the summer.

Some Broadway shows have been postponed, or even closed for good, after outbreaks. Restaurants are also shutting their doors due to infections or exposures among staff.

In the Washington, D.C., area, dozens of schools have resorted to virtual learning for the rest of the year; Prince George’s County schools in Maryland said they will be virtual until at least mid-January.

The NHL became the first U.S. professional sports league to pause its season after a rash of outbreaks among teams. The league also withdrew its athletes from the Winter Olympics in February.

But the White House is not endorsing any closures or pauses, especially in schools. With vaccines widely available for children as young as 5, Biden is leaning into policies such as mandates as a way to force the issue.

“We can keep our K-through-12 schools open, and that’s exactly what we should be doing,” Biden said.   Once a school or district announces plans to go remote, it puts pressure on others to follow suit. Ashish Jha, dean of the Brown University School of Public Health, said there’s no reason for anyone not to be learning in person, at any level.

“I think it’s irresponsible at this point to do that,” Jha said in an MSNBC interview Monday.  “We have all the tools to keep schools open and safe: vaccinations, testing, improvements in ventilation. Tens of billions of dollars have gone to schools. … If I hear of a single school district that goes remote but keeps bars open, what that says to me is they don’t care about kids and they don’t care about COVID,” Jha said.

Republicans tried to make school reopenings a major political issue at the start of 2021, accusing the Biden administration of bending to teachers unions. A recent White House memo distributed to Democrats about progress in Biden’s first year said that 99 percent of schools are currently open, compared with 46 percent before Biden took office.

Biden also recently endorsed “test-to-stay” programs that allow kids who have been exposed to COVID-19 to avoid quarantining as long as they test negative.

The federal government largely does not control whether businesses, sporting venues or schools close due to the threat of the virus or whether they implement mask or vaccine mandates. Those decisions mostly fall on state and local officials.

But Biden can use his bully pulpit to make a recommendation one way or another, as he did when he needled Republican Govs. Ron DeSantis of Florida and Greg Abbott of Texas for barring mask mandates in schools.

Bill Galston, chair of the Brookings Institution’s governance studies program and former Clinton domestic policy aide, said that Biden recommending further lockdowns would be a “grave step” that could further divide the country and inspire opposition from Republicans.

“It will just give them another opportunity to emerge as faces of the resistance,” Galston said.  That doesn’t mean there aren’t other aggressive, potentially politically fraught steps that health experts think Biden should take.

“Lockdowns are the ultimate blunt instruments. That is what you use when you have no other choice. There are so many steps you could take before reaching that point. And also, once you use that blunt instrument, it’s very difficult to use it again,” Wen said.

Gostin said that Biden should require proof of vaccination for domestic flights, something the White House has said is on the table. But he noted that Biden has met resistance to his other vaccine-or-test mandates for businesses and health workers.

David Dowdy, an epidemiologist at the Johns Hopkins Bloomberg School of Public Health, said it’s important to be realistic about the impact of any potential policy changes.

“I think empowering people to test themselves is a good thing. I think encouraging and even mandating vaccination is also likely to have an important effect,” Dowdy said.

Still, any major change would probably take too long to implement, and given the signs from South Africa, cases may start falling as soon as in the next month. “So I think the key is, what can we do to support people to make the right decisions right now, like today and tomorrow, to take the edge off this wave?” Dowdy said.