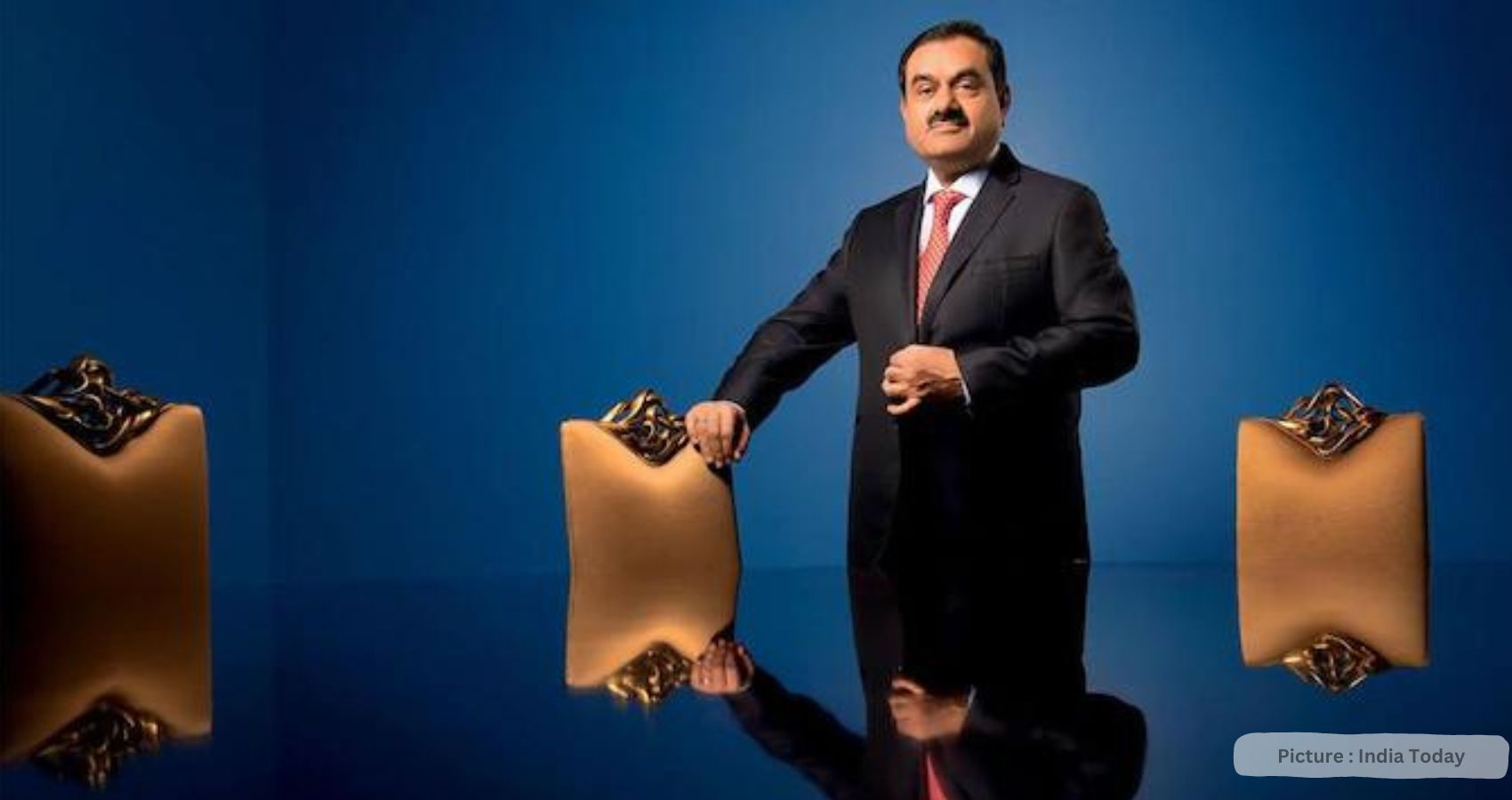 Adani stands out for being the only person on the Bloomberg billionaires list to have gained wealth this year – he added $44.6 billion to his wealth while the other nine combined lost $259.3 billion.

Gautam Adani’s rise to the top echelons of the world’s richest people has been meteoric. Adani is also the only person in the top ten in the Bloomberg’s Billionaires Index to have actually added to his wealth this year

His group companies – spanning ports and energy – have been firing on all cylinders and making both Adani as well as other investors richer – Adani added $44.6 billion to his wealth in 2022 till date. In contrast, the other nine billionaires on Bloomberg’s Billionaires Index cumulatively lost $259.3 billion in the period.

This stellar growth in his wealth saw him briefly rank as the second-richest person in the world, only behind Elon Musk.

Currently ranked third on the Bloomberg Billionaires Index, Adani’s wealth is estimated at $121 billion, down from a peak of $150 billion, scaled in September this year.

French business magnate and LVMH founder Bernard Arnault – with $165 billion and Elon Musk – with $138 billion are the only two people richer than Adani. Often pitted against India’s other richest man Mukesh Ambani, Adani has left Reliance Industries’ chief – whose wealth is estimated at $86.9 billion – far behind in the race of the richest.

Success of the Ahmedabad-born Adani’s business empire has helped him top the list of the sixth edition of the ‘Bloomberg 50’ –a list of the most influential people in global business this year. His aggressive acquisitions during the year have also earned him the tag of ‘Asia’s busiest dealmaker,’ with the crown jewel being the acquisition of cement giants ACC and Ambuja Cements from Swiss construction major Holcim for $10.5 billion.

So far in 2022, Gautam Adani has struck deals across the ports, construction, media and energy businesses.

Adani started the year with the listing of Adani Wilmar, an FMCG company, on the bourses in February. This was just in time to leverage the benefits of the Russia-Ukraine war, which sent edible oil prices boiling and boosted the company’s revenue and stock price.

Later in July, Adani Ports and Special Economic Zone announced it had won a tender to privatise Israel’s Haifa port in a deal valued at $1.18 billion. “In the long run, this is a tremendous port as we anticipate Israel becoming a connection both for Europe and the Middle East, and therefore we stand to benefit from the new possible trade lanes that will be created,” said Karan Adani, CEO, Adani Ports and Special Economic Zone, announcing the purchase.

The biggest deal of the year for the Adani Group, was the $10.5 billion acquisition of ACC and Ambuja Cements from Holcim in September. Together, these two companies propelled the Adani Group to become the second-largest cement maker in the country in terms of market capitalization, only behind UltraTech Cement.

In September this year, Adani also announced an ambitious $70 billion new energy plan that would see the conglomerate setting up three giga factories – one each to manufacture solar modules, wind turbines and hydrogen electrolysers – by 2030.

However, the billionaire faced a bazooka from CreditSights, a Fitch Ratings company, which came out with a report stating that the Adani Group’s ambitious growth plans could spiral into a debt trap. This spooked investors, resulting in the Adani Group companies shedding ₹94,000 crore market capitalisation in a single day. (Business Insider)

More tech tantrums. China’s Covid surge. And above all, no central banks riding to the rescue if things go wrong. Reeling from a record $18 trillion wipeout, global stocks must surmount all these hurdles and more if they are to escape a second straight year in the red.

With a drop of more than 20 per cent in 2022, the MSCI All-Country World Index is on track for its worst performance since the 2008 crisis, as jumbo interest rate hikes by the Federal Reserve more than doubled 10-year Treasury yields – the rate underpinning global capital costs.

Bulls looking ahead at 2023 might take solace in the fact that two consecutive down years are rare for major equity markets – the S&P 500 index has fallen for two straight years on just four occasions since 1928. The scary thing though, is that when they do occur, drops in the second year tend to be deeper than in the first.