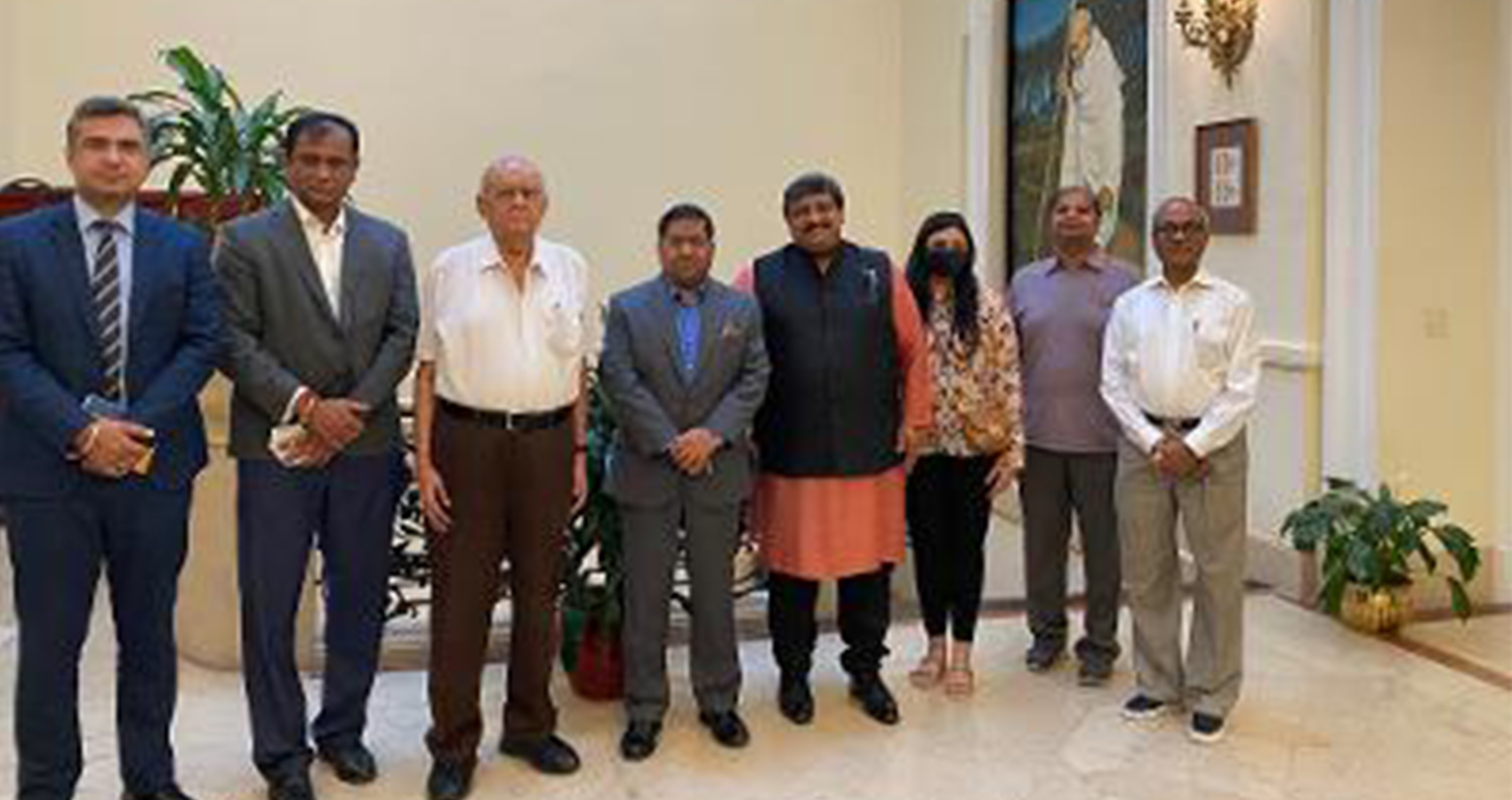 The Gandhian Society met with the Consul General of India in New York Shri. Randhir Jaiswal to discuss the digital museum project for Mahatma Gandhi in Edison along with the Aditya Birla Group representatives. The members apprised the consul general of the activities of Gandhian Society, especially the charitable work of sending oxygen concentrators to India in the beginning of the second wave in May – 2021. 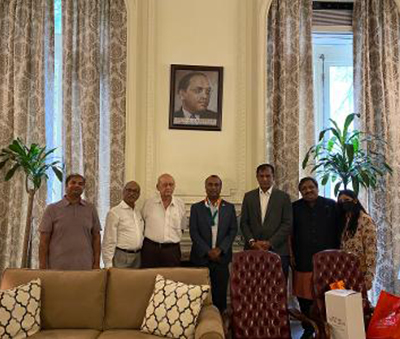 The Society also informed the consul general of the Khadi Fashion show and Patriotic Music Competition held on India’s Independence Day in Central Jersey. The Gandhian Society along with the Birla Group representatives also explained to the Consul General the intended purpose and logistics of the proposed museum for Mahatma Gandhi. The consul general appreciated the proposed project and promised to extend his support for the project.

The Gandhain Society later felicitated the out going deputy Consul General Shatrughan Sinha ji for his services and support to the Indian Community and Gandhian Society activities. The members thanked him and the consulate staff for their excellent service and help to the community during the pandemic and praised their work and help during the most difficult times. The Gandhian Society honored the outgoing deputy consul general with a memento and Gandhian Jacket as a token of their respect and appreciation. The Gandhian Society was represented by founder Bhadra Butala, Rajendar Dichpally, Mahesh Wani, Hasmukh Patel. The Birla Group was represented by Nitin Mathuria and Riddhima. The Gandhain Society along with GOPIO and other Organizations will host an event in the Indian Consulate to observe the birth anniversary of Mahatma Gandhi on October 2nd.