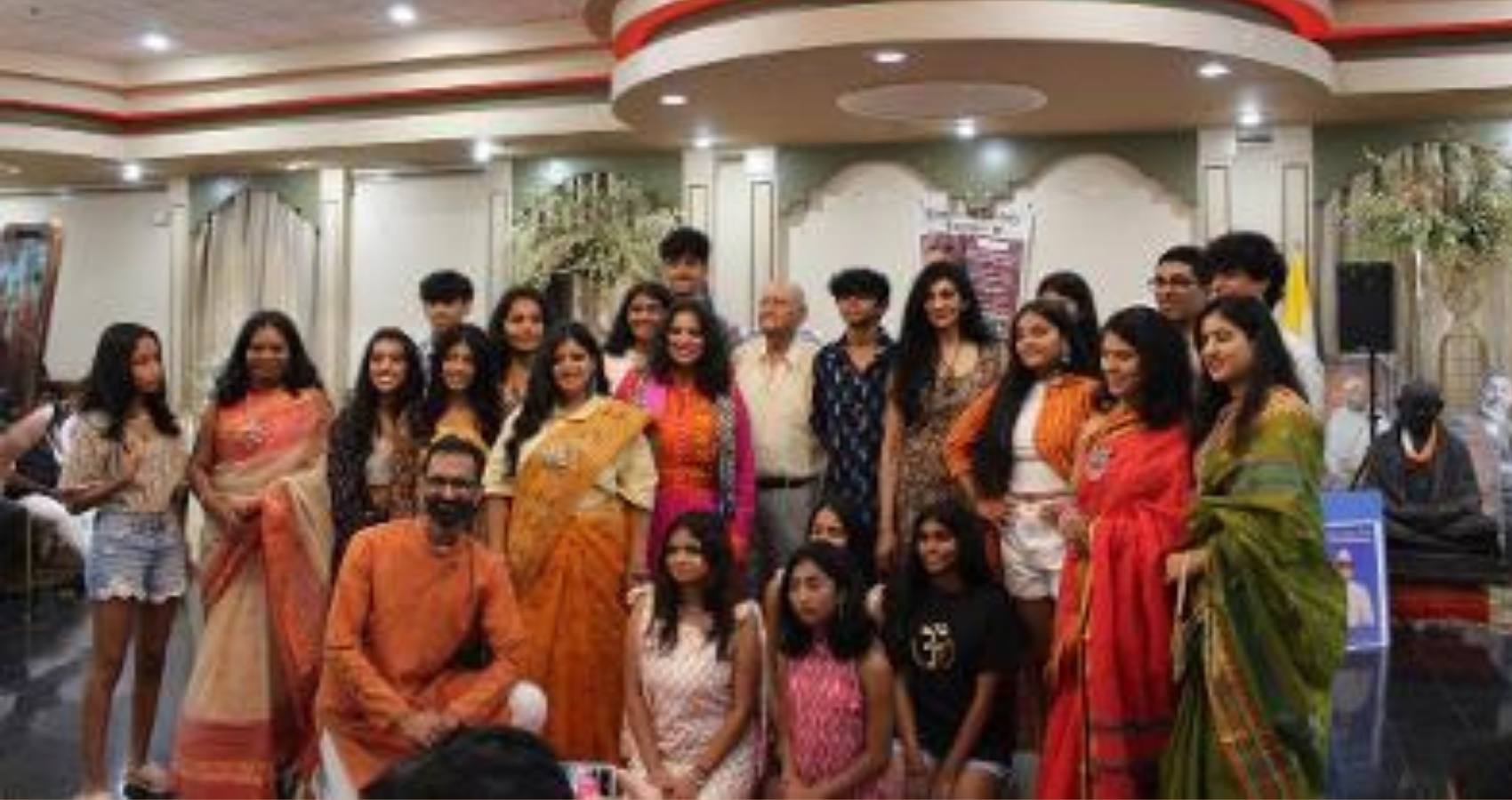 The Gandhian Society in partnership with Rotary Club and Zakir Husain Foundation organized a Interfaith Prayer meet and Khadi Fashion show in Parsippany (New Jersey) on June 26, 2022. The event was organized to pray for peace, understanding and spreading love/ brotherhood amongst all human beings and also to show cause the national fabric of India – Khadi in a modern way for the younger generation of American Indian’s. Khadi represents the Indian thinking of simple living with elegance and dignity. 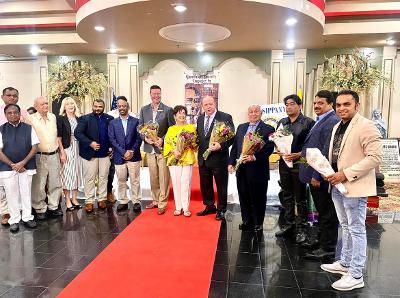 The event started with the singing of National Anthem’s for USA and India and continues with Devotional Songs that Mahatma Gandhi used to have during his prayer meetings. The religious leaders from many diverse faiths like Christianism, Hindu (Iskon) Islam, Jewish (Hebrew), Jain, BAHA’i and many faiths prayed for peace, understanding and making the world a better place.

This was followed by a Khadi Fashion designed/ conceptualized by designer Sonal Gadhavi and choreographed by Bharat Gadhavi. Sonal had a workshop with the kids prior to the fashion show to explain to them the significance of Khadi and the designs being displayed. The fashion show saw many American Indian children take part and display Khadi in a modern and elegant manner. Charkha Boutique sponsored the Khadi clothes for the fashion show. Gandhian Society Founder Bhadra Butala was instrumental in sponsoring the show with support fron sponsors.

The Gandhian Society also honored Dr.Satish Aanchan and Ramesh Maganti for their community service and also honored them with a special certiciate and Gandhian Statue. Ponnala Lakshmiah was recognised for his role in helping rural India with his earlier role as Major Irrigation Minister where he helped irrigate thousands of acres of land that helped millions of farmers in South India.

The Interfaith and Khadi event was mainly organized by Balaji Jilla, Rajender Dichpally and supported friendly by Santosh Peddi (Rotary International  Club members of Parsippany). The Gandhian Society team of Mahesh Wani, Shravan Natakala, Varsha Joshi, Dr.Deepak Naran, Asha Sawant, Shiv Kumar, Hasmukh Patel, Vijaya Nadella and others. A simple Gandhian lunch was provided for participants and devotional songs that Mahatma Gandhi used to listen to were sung at the event. Free biographies of Mahatma Gandhi were distributed at the event for participants.