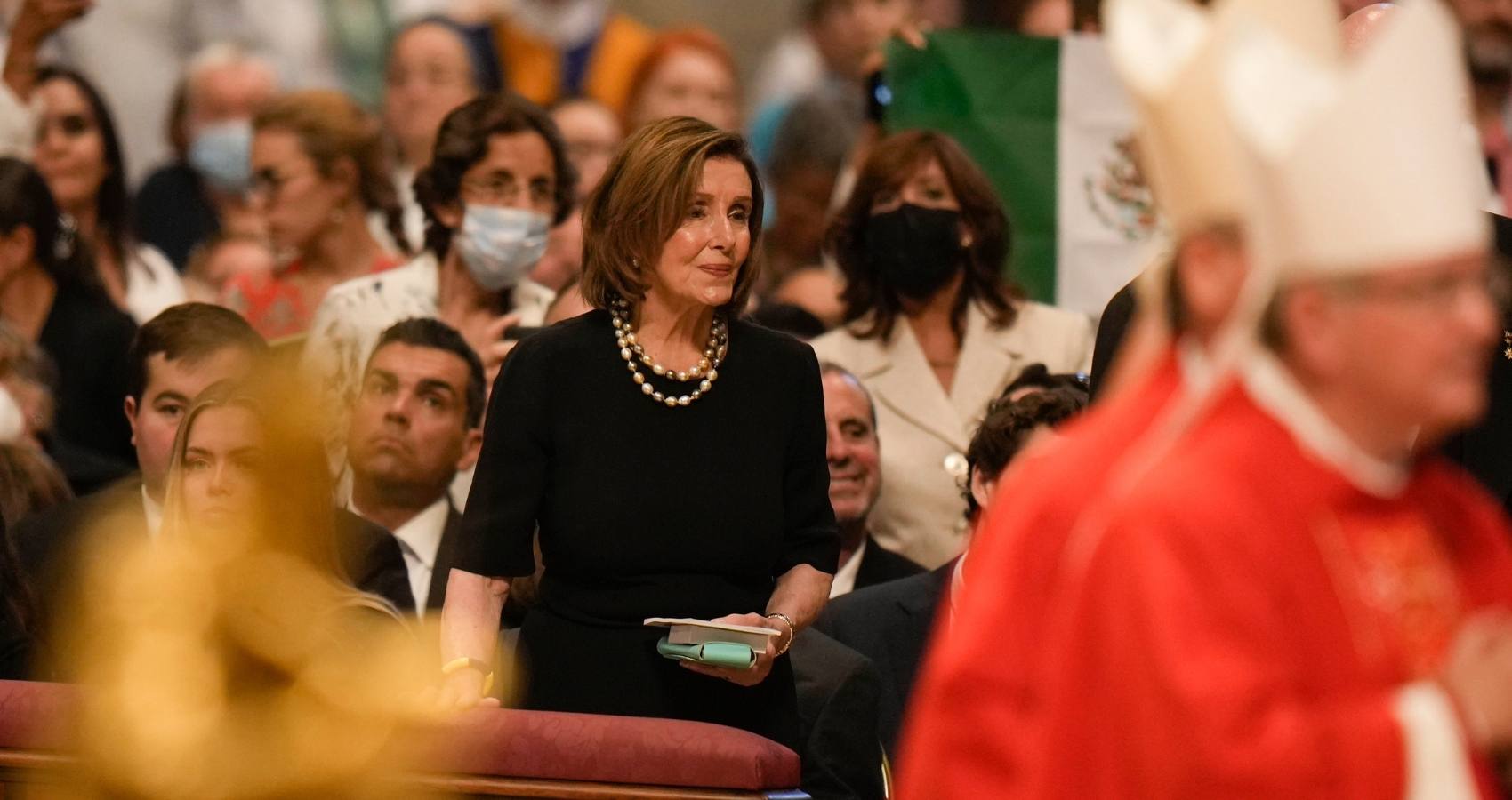 (RNS) — In defiance of some U.S. bishops, Speaker of the House Nancy Pelosi reportedly received Communion during a Mass presided over by Pope Francis on Wednesday (June 29) for the celebration of the feast of Sts. Peter and Paul.

Archbishop Salvatore Cordileone announced June 1 that the Catholic congresswoman is banned from receiving Communion in her home diocese of San Francisco due to her abortion rights stance. Since then, she has been barred from receiving the sacrament in four dioceses.

Pelosi called the recent pronouncement by the U.S. Supreme Court to overturn Roe v. Wade an “outrageous and heart-wrenching” decision. The U.S. Catholic bishops lauded the court’s decision, which they said overturned “an unjust law that has permitted some to decide whether others can live or die.”

Pelosi met with Francis on Wednesday before the service and received a blessing, according to one of the Mass attendees.

Sitting in the VIP section during the traditional Mass at St. Peter’s to celebrate the patron saints of Rome, Pelosi listened to Pope Francis’ homily before receiving Communion from one of the many priests in the basilica, according to eyewitnesses. Francis has rarely distributed Communion, citing precisely the desire to prevent politicization of the sacrament. 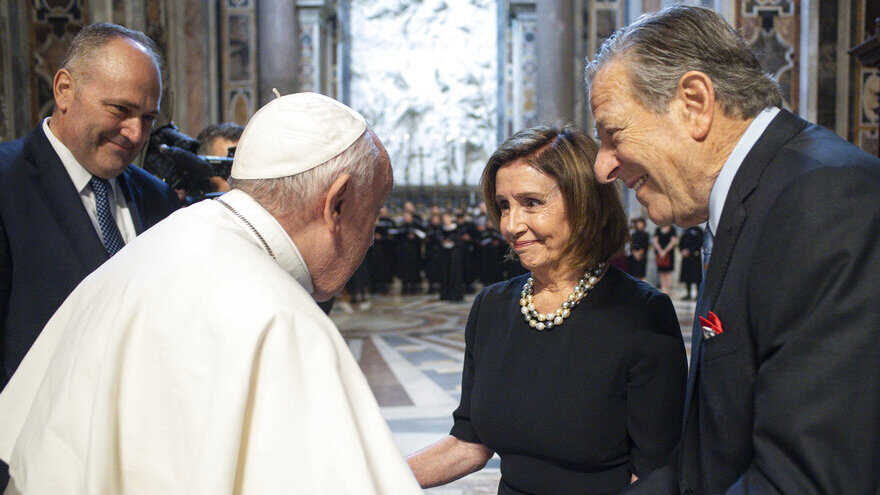 Last year, President Joe Biden, another Catholic who also supports abortion rights, said after meeting with Francis that the pontiff told him to continue receiving the sacrament. Biden later received Communion during a Mass in a Rome church that is under the authority of Francis as bishop of Rome.

In his homily, Francis urged faithful to “Go to the crossroads and bring everyone: blind, deaf, lame, sick, righteous, sinful, everyone, everyone! This word of the Lord must resound, resound in the mind and heart: everyone! In the church there is room for everyone,” adding that “many times we become a church with open doors but to dismiss people, to condemn people.”

Last year, Pope Francis told reporters on his return flight from Central Europe that he has never denied Communion to anyone and criticized bishops who didn’t act as shepherds and “aligned themselves with political life, on political problems.” The Vatican’s doctrinal department, in a letter in May of last year, urged the U.S. bishops to engage in dialogue among themselves and with Catholic politicians before reaching any decision.

During the Mass on Wednesday, Pope Francis blessed the palliums, the liturgical vestments, of new metropolitan archbishops. He told the archbishops in attendance to “fight the good fight,” but to do so with the entirety of the faithful, without considering themselves superior.

After the Mass, Pelosi met with representatives of the Catholic charitable movement Sant’Egidio, where she spoke in support of Ukrainian refugees and made a donation of $25,000.

During his Angelus prayer before faithful at St. Peter’s Square, Pope Francis also addressed the conflict between Russia and Ukraine, saying he prays “this senseless war may soon see an end” and hopes the Lord will “open those paths of dialogue that men are unwilling or unable to find.” He then encouraged aid to the Ukrainian people, “who are suffering so much.”

Pelosi was present at a diplomatic reception at the residence of the U.S. Embassy to the Holy See on Tuesday evening, marking America’s upcoming Independence Day.

Speaking to a crowd of ambassadors, Vatican officials and other Rome-based Americans, Pelosi spoke about the Catholic virtues of faith, hope and charity and the important roles they play in the U.S. Embassy’s mission.

“Faith is an important gift. Not everyone has it but it is the path to so many other things,” she told the crowd.

As Pelosi left the event, a demonstrator from the American Academy in front of the Embassy shone light on a banner reading “Abortion Rights are Human Rights.” (The Associated Press contributed to this story)