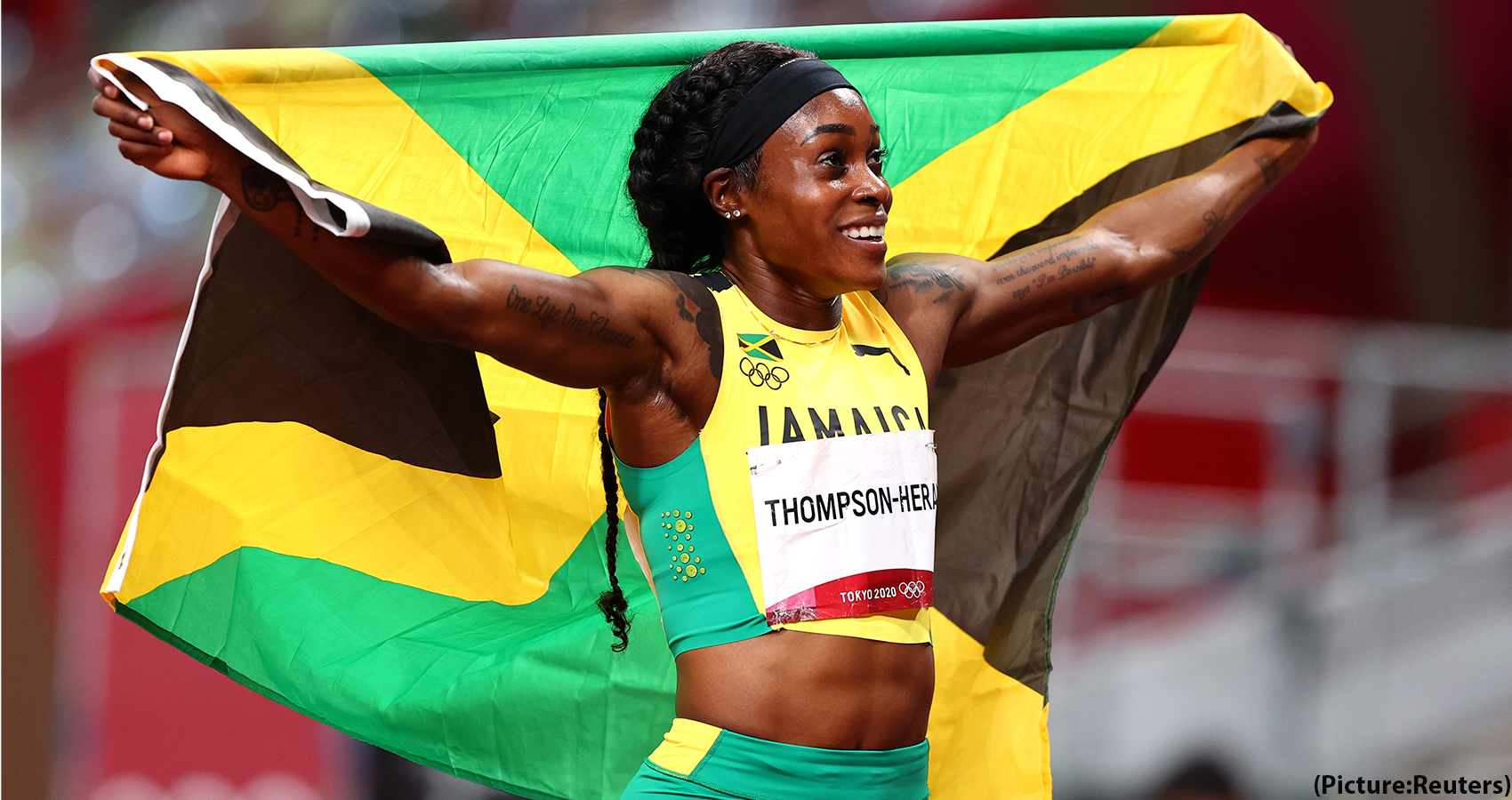 Olympic champion Elaine Thompson-Herah ran the second fastest women’s 100m of all time at the Eugene Diamond League. The Jamaican, who retained her 100m-200m title double in Tokyo, clocked a new world lead of 10.54 seconds. Only American Florence Griffith-Joyner has run faster, when she set her world record of 10.49 secs in 1988. Britain’s Dina Asher-Smith finished third in the 200m as she continues her return from the hamstring injury that blighted her Olympic campaign.

The race was won by Switzerland’s Mujinga Kambundji, with American Gabrielle Thomas finishing 0.08 secs ahead of world champion Asher-Smith. In the 100m, Thompson-Herah’s Jamaican compatriots Shelly-Ann Fraser-Pryce and Shericka Jackson were second and third respectively in a repeat of the Tokyo podium American Sha’Carri Richardson, who missed the Olympics because of a one-month suspension after testing positive for marijuana, finished last. “It was a great return back to the sport,” the 21-year-old said. “I wanted to be able to come and perform. Having the month off, dealing with all I had to deal with, I’m not upset with myself at all. “This is one race, I’m not done. You know what I’m capable of. Count me out if you want to, because I’m here to stay.”

Earlier this season, Fraser-Pryce ran 10.63 secs to become the second fastest woman in history behind Griffith-Joyner, only to see her time usurped by 29-year-old Thompson-Herah with 10.61 secs as she retained her Olympic title in Tokyo. Records tumbled in all corners of the Prefontaine Classic in Eugene, with Olympic medallists continuing their fine form back on the Diamond League tour. Tokyo bronze medallist Andre de Grasse won the men’s 100m in 9.74 secs, with Americans Fred Kerley – the Olympic silver medal winner – and Ronnie Baker crossing the line in second and third.