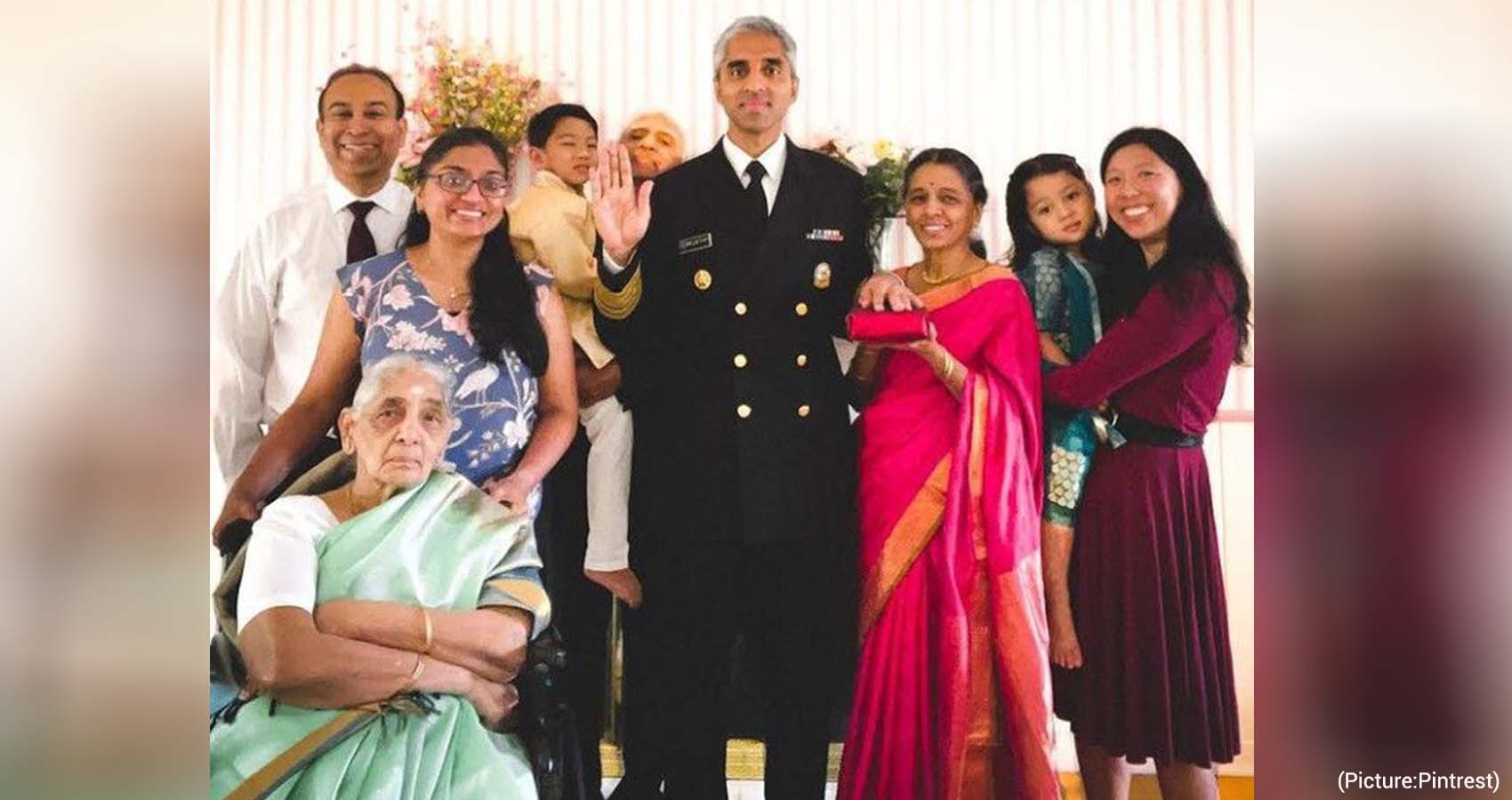 Murthy says he and his wife Alice have mild symptoms, experiencing muscle aches, chills, and sore throat. His son has a runny nose and low-grade fever, but says is otherwise fine.

“Whether you’ve had COVID or not, whatever your beliefs may be, I wish for you the love of family & friends,” Murthy said in his tweet. “I know it feels like we’re in endless conflict. But we are brothers and sisters first with common hopes and common concerns. May we all find healing in the days ahead.”

“She’s doing OK. She’s congested, she’s having intermittent fevers still, and she’s telling us her throat is hurting her a lot,” he told NPR on Wednesday. “But thankfully, she’s breathing OK and she’s still smiling often, which makes us happy as her parents.”

Murthy’s daughter is four years old and not yet eligible for a vaccine. When he first revealed the news on Twitter on Tuesday, he wrote that while he wished a vaccine was available for kids under five, more data was still needed from clinical trials for that to happen.

Murthy spoke with All Things Considered about vaccines, parenting during the pandemic, and whether this experience had made him rethink how he talked to parents of young children in his role as surgeon general.

This interview has been edited for length and clarity.

I’ve been certainly thinking about COVID and talking to people about COVID for the better part of two years, even before I was surgeon general. But when it hits home, it always feels a bit different.

I just had this sinking feeling, thinking, ‘Oh my gosh, she’s four years old, she’s not vaccinated because there is no vaccine available for her age group.’ And as a parent, my questions were: Is she going to be OK? Could I have done something else to have prevented her from getting sick?

We have her wearing a mask in school, we take as many precautions as we can, but you know, my wife and I did feel some guilt, wondering if we maybe did something wrong that may have created more exposure for her. So that’s what was going through our heads.

On whether he feels frustration at how hard it is, even as the surgeon general, to keep very young kids who still cannot be vaccinated safe

In that moment, especially, but even in the many months prior to that, I had wished that we had a vaccine for kids under five. Thankfully, we’ve got a vaccine for children five and up, and for all adults. These under kids under five, like my daughter, are the ones who still don’t have that protection. I wish we had that. But I also know that we need to make sure we have good data and that data is thoroughly assessed by the FDA.

I do think they’re moving as quickly as they possibly can. They, in fact, took this step which is unusual of proactively asking [Pfizer-BioNTech] to look at the data for two shots, even though there’s a trial ongoing for three shots, because they wanted to know if there’s even a chance that the two shots had a good result for kids. They wanted to make that vaccine available as soon as possible. But the data wasn’t good enough to meet their threshold, which is why they now need to wait for three doses.

So they’re being proactive, like you’ve got to do during a pandemic. But the most important thing is we’ve got to make sure that vaccine is safe and effective, and they won’t compromise on that standard.

This emphasizes to me just how important the job of parenting is and how hard it’s been during this pandemic. It’s not like parenting was a walk in the park prior to the pandemic, but parents have just really had an incredibly difficult time during these last two years. And even though, you know, I’m the one whose daughter got sick on Sunday, there are millions of parents who have gone through this exact experience and had to navigate these issues, make decisions with limited information.

My hope is coming out of this that we can also do more as a society to support parents. You know, I can work from home, for example, my wife has a flexible work situation, but many parents don’t. And more broadly, I just hope we can recognize that while parenting may not generate a paycheck, it is incredibly important work and it’s hard for me to think of a job that’s more important than raising the next generation.