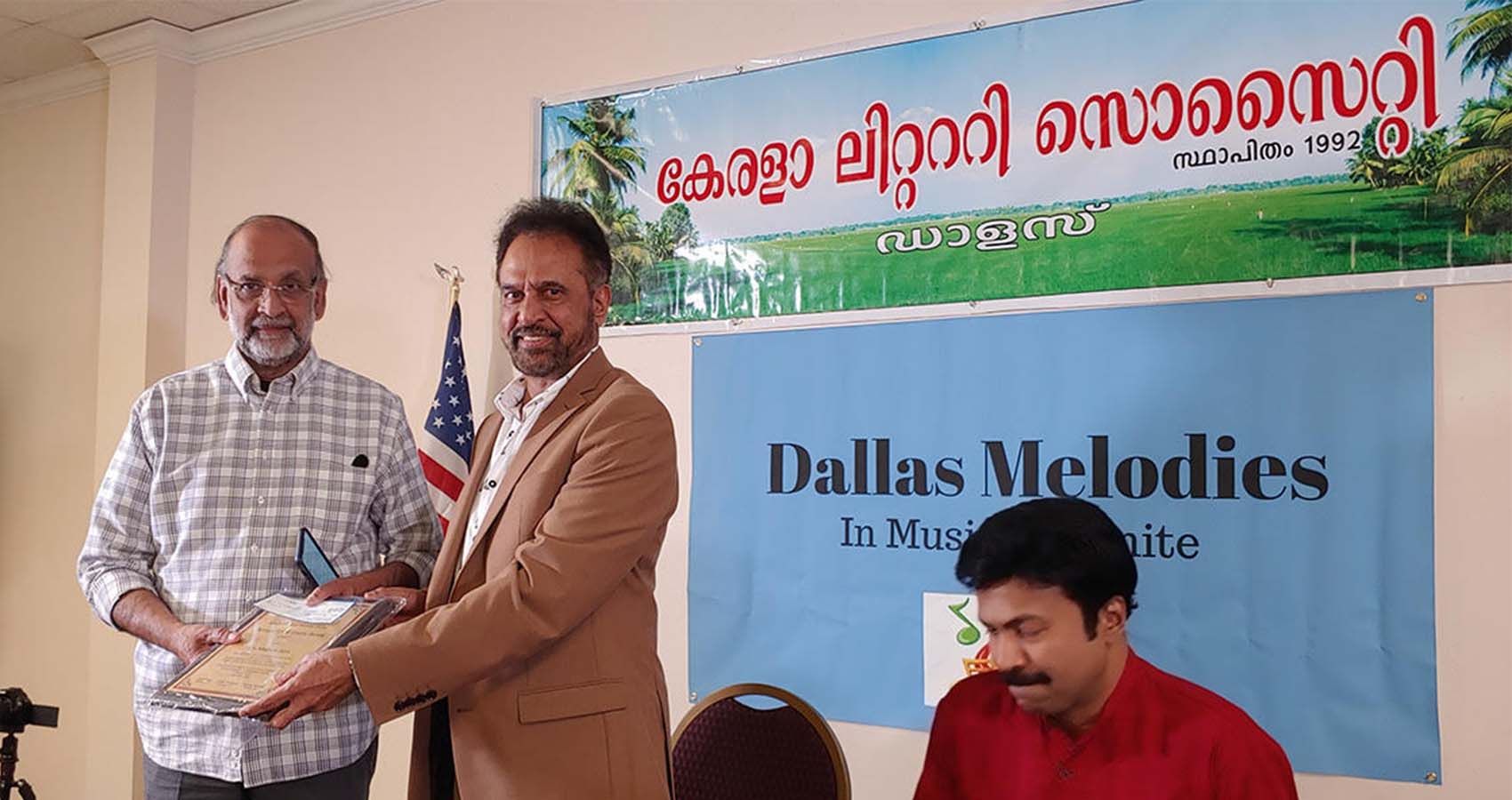 The Poetry Award in memory of the late poet Manayil Jacob was presented to Dr. Mathew Joys, Las Vegas. His short poem, “The mourning of a Mother Deer” (maanin maathrurodanam), was selected by a reputed five-member judging panel for the award. The specialty of this poem is that it is an Acrostic composition ( a poem in which the first letter of each line is the same).

The award consists of a plaque and a cash award sponsored by the Manayil Jacob family to commemorate the tribute to a great poet who passed away last year. Dr. Mathew Joys is the first winner of this prestigious award, awarded for the first time by Kerala Literary Society, Dallas, the oldest Malayalam Literary Association in the American continent, which is celebrating its 30th anniversary. 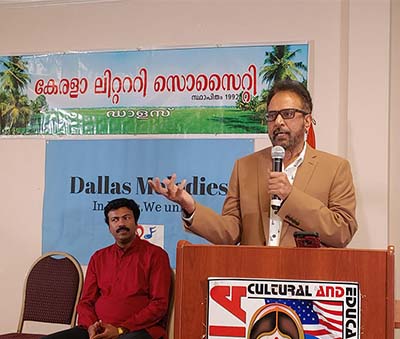 Dr. Matthew Joys is also a columnist in English and Malayalam newspapers and other periodicals. He has been writing articles on current topics, light poems, stories, and published books of his collections. His interpretation of the “Song of Songs in the Bible” named “Oh my Beloved” and collection of his selected works called “Amerikkan Aadukal “ (The American Goats) are popularly applauded by the Pravasi Literary Writers. He is also a member of the Board of Directors of the Indo-American Press Club and Executive Editor of the JaihindVartha, Editor of United News Network, and Express Herald.

Writer, filmmaker, and actor Thampi Antony presented the award and presented the award at a ceremony in Dallas organized by the Kerala Literacy Society. He opined that the characters should be seen and enjoyed as fantasies and that realizing them and filling the mind with competition would lead to social destruction. P.P. Cherian, a journalist and writer received the award for the winner.

The Manayil Poetry Award is sponsored by Manayil family member Rajan Chittar who said that the award would be given every year through a poetry competition. Renowned Writers Abraham Thekkemuri, Jose Ochalil, C.V.George, Josen George, Rosamma George, Santosh Pillai, Sarah Teacher, Meena Nebu, and Usha Rajendran were also present at the magnificent event.

The fourth souvenir by Kerala Literary Society, “Petals” was released at the ceremony. The book is over 150 pages and is rich with poems, stories, and essays by more than 20 expatriate writers. Former Secretary Haridas Thankappan welcomed the gathering. Siju V George presided over the function, and Anashwaran Mampilly Expressed a vote of thanks to all the guests and the Award winner. Shaji Mathew and Meenu Elizabeth co-hosted a musical evening featured by Dallas Melodies’ troop.