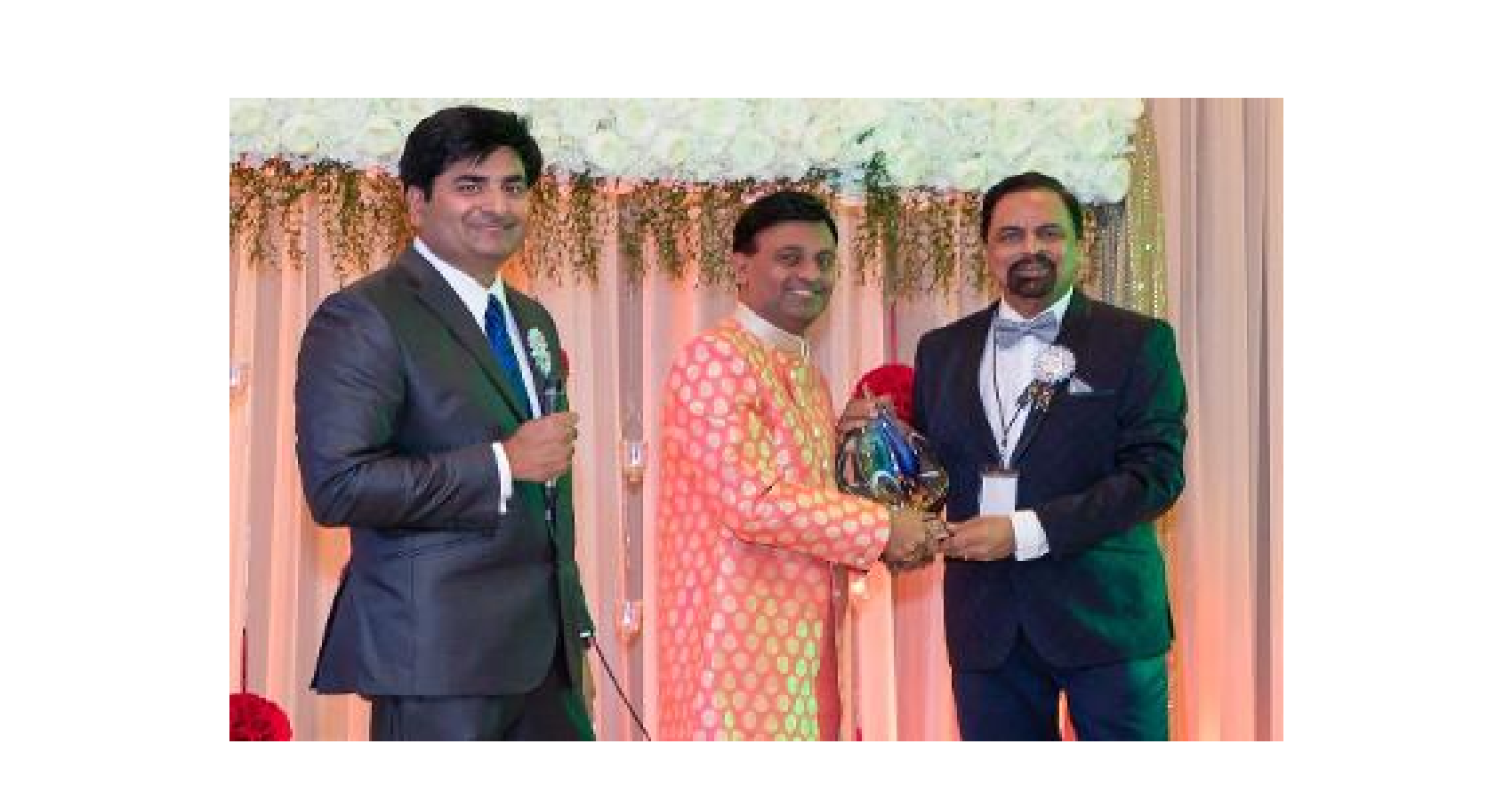 Dr. Amit Chakrabarty, who was honored with the National AAPI Distinguished Service Award 2018 and the President’s Award for Services in 2019 by the Indian American Urological Society, says, “I consider myself to be a leader and shine in the fact that I can get people motivated.  I lead by example that motivates people.  I am fun loving and have always striven to brush off any obstacles that come in the way.”

Dr. Chakrabarty has been the President of two AAPI subchapters, namely Alabama Association of Physicians of Indian Origin 2012-2014 and Indian Medical Council of St Louis 2018-2020 reviving them from obscurity and inactivity to make them one the most vibrant chapters of AAPI.  Under his leadership, Alabama AAPI produced 13 out of the last 15 Regional directors and the St Louis Chapter hosted the most productive and successful AAPI governing body within 3 years of its revival from 10 years of inactivity. He also serves as the Chairman, Board of Trustees, Huntsville India Association and was the President, Indian Cultural Association of Birmingham, and led an Indian Delegation to Japan at the International Youth Year in 1985.

It’s been a very long journey with American Association of Physicians of Indian Origin (AAPI) for Dr. Amit Chakrabarty, from being an ordinary member of the largest ethnic medical society in the United States to a Regional Leader, currently serving as the Vice Chair of the Board of Trustees (BOT) of national AAPI, and now looking forward to lead the organization that he calls as his second family and has come to adore.

“Since my membership to AAPI In 1997, for more than two decades I have been a dedicated foot soldier for the American Association of Physicians of Indian Origin,” said Dr. Amit Chakrabarty a Consultant Urologist, Poplar Bluff Urology, Past Chairman of Urologic Clinics of North Alabama P.C., and the Director of Center for Continence and Female Pelvic Health.

In his endeavor to play a more active role and commit his services for the growth and expansion of AAPI that represents the interests of over 100,000 Indian American physicians, Dr. Amit Chakrabarty, the Alabama-based Indian American Physician wants this noble organization to be “more vibrant, united, transparent, politically engaged, ensuring active participation of young physicians, increasing membership, and enabling that AAPI’s voice is heard in the corridors of power.”

A Patron Member of AAPI for 25 years, Dr. Chakrabarty has been an active AAPI Governing Body Member for over a decade. He has served AAPI in several capacities.  He has served with distinction as an AAPI Regional Director from 2004 to 2006. There is hardly any Committee of AAPI that he was not part of in the past two decades. He was the Chair of AAPI Ethics and Grievances Committee in 2011-2012, and had served as the Chair of AAPI Journal Resource Committee in 2012-2013. He has served as a Member of AAPI IT committee, Journal Committee, Website Committee, Bylaws Committee, Alumni Committee, Ethics and Grievances Committee, and AAPI Charitable Foundation. “I have attended more than 100 AAPI events including Annual conventions, Governing Body meetings, Global Summits and Pravasi Bharatiya Divas in the past 20 years,” he recalls.

A multi-talented physician, Dr. Chakrabarty has not only showcased his musical talents at almost every major AAPI event, he was the Founder and Creator of AAPI’s Got Talent, at AAPI Annual Convention 2010 in Washington DC. He was the Founder and Conductor of “Mehfil” @ AAPI Annual Convention in Atlanta 2008, and has been conducting the ever popular AAPI’s Got Talent and Mehfil every year at Annual Conventions. “I love people and having good times,” he describes self. “I rarely get depressed or feel down with any failures and bounce right back.  I believe in seeing the silver lining in each cloud.  If life gives me lemons, I make lemonade!” 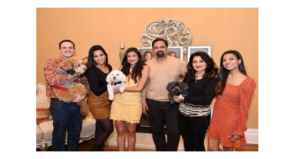 Dr. Chakrabarty has been a dreamer and devoted his talents for charity and noble deeds from childhood onwards. “Since my childhood I have been motivated for philanthropic activities that includes several school fund raising activities, organizing inter college meets in college forming a musical group in India and here primarily for fund raising.” And, as an ardent and active member of AAPI, Dr. Chakrabarty has continued these noble deeds as an adult.

One of the major goals for AAPI in recent years has been the financial stability of AAPI. Describing fund raising as his strength, he points out to his special talents and skills in raising money for AAPI in the past two decades. He says with pride that “I have been a leader in Fund Raising for AAPI and the several causes we have committed to support.”

He organized and raised funds during AAPI-Mahadevan show in Atlanta, raising almost $300,000 for AAPI in 2013. Other concerts/events he has helped organize and raise funds include: The 10 city Sukhwinder Singh Tour, 9 City Talat Aziz Fund, Pankaj Udhas Show, Hema Malini Concert, , as well as towards AAPI Hurricane Harvey Fund by conceiving and organizing “musical performance by my group Geetanjali Music.”

In addition, “I had spearheaded a fund rising in 2013 at Huntsville, Alabama collecting almost $80,000 for AAPI scholarship fund and National AAPI childhood obesity awareness program. Many of these events/concerts I had organized myself, spending my own money for travel and logistics.”  Contributing his personal money as seed money for AAPI, he had single-handedly spearheaded planning a fund-raising tour called “DADA vs DADA” for AAPI Charitable Foundation in 2005. The show did not take place due to Hurricane Katrina devastating the region.

Recognizing the role of Young Physicians in AAPI, Dr. Chakrabarty wants to invest heavily in Medical Student/Residents and Young Physician (MSR/YPS) section of AAPI and in giving them leadership roles in mainstream AAPI, which will create more enthusiasm in our young members towards their parent organization.  Without them there will be no AAPI in 20 years. “Give some prime time slots in the main convention to AAPI YPS, at least one night main stage should be devoted to and managed by them,” he suggests.

Realizing how hard it is for the physicians in India to come to the US for training, Dr. Chakrabarty “raised almost $100,000 for the Society of Indian American Clinical Urology for a scholarship fund for Clinical Indian Urologists to come for a month training in US.”  He participated in two back to back fund raising shows 2015 and 2016 for the Hindu Temple of St. Louis raising more than $ 300,000 each year, featuring Geetanjali musical group’s performance.

A physician with compassion, brilliance, and dedication, Dr. Chakrabarty has excelled in every role he has undertaken. As an educator at AAPI’s CMEs and Workshops, he has authored several articles/publications in Medical Journals, Chair of Entertainment Committee, and as a Founder member of  Geetanjali Music Group (www.geetanjalimusic.com) that performs fund raising shows in several AAPI governing body and state chapter meetings, this AAPI leader has given his best for AAPI.

Recently, Dr. Chakrabarty and members of Odisha Doctors International Association (ODIA) are collaborating with local leadership and local organizations in Odisha, working towards expanding ODIA with members from across the globe, providing healthcare to Odisha people “At ODIA, I serve as the Treasurer and work collaboratively with other members for the cohesive work the organization has been doing during the pandemic, while representing the great and historical state of Odisha at the national AAPI leadership.”

Another goal he wants to pursue for AAPI is to “Continue partnership in health care education and provide economic and material aid across the globe, working towards making AAPI, along with Indian physicians in other countries, a global health leader. I want AAPI to be a part of the decision-making process of World Health Organization and United Nations health policies especially those affecting south Asians.” 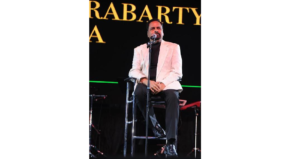 Dr. Chakrabarty says, he wants to have AAPI Charitable Foundation to be the main frame of AAPI make it more accountable. Making our noble efforts known to the society is important, he says, “We need to make their services more prominently advertised. Anytime we do press conference we use primarily them as example of what we are doing but we do not give them the support that they need.”

As a leader of AAPI, Dr. Chakrabarty wants to “form a separate political action committee (PAC) and make it financially sound so that AAPI can hire lobbyists on Capitol Hill who will help to move forward policies that are important to AAPI. VISA issues for our colleagues should top the list.”

A Gandhian at heart, Dr. Chkarabarty says, “I have always believed in Gandhiji’s principles “Satyameva Jayate” (Truth always wins). I am a Bengali from Odisha and have lived in small AAPI subchapters like Alabama and Missouri, I have no special state or chapter affiliation, I take pride in reaching across the aisle and have friends from all states and backgrounds not only in AAPI but also in my personal life participating in all ethnic festivities as my friends from Huntsville can testify.”

“I have the diverse experience to achieve each of these goals,” Dr. Chakrabarty says with confidence. “Having been a member and leader of AAPI for over two decades, I have perfected the skills necessary to move AAPI forward through the office of AAPI’s national Secretary. My mission/goal in life is to leave back a legacy of work that people will remember me fondly and proudly after I am gone.”