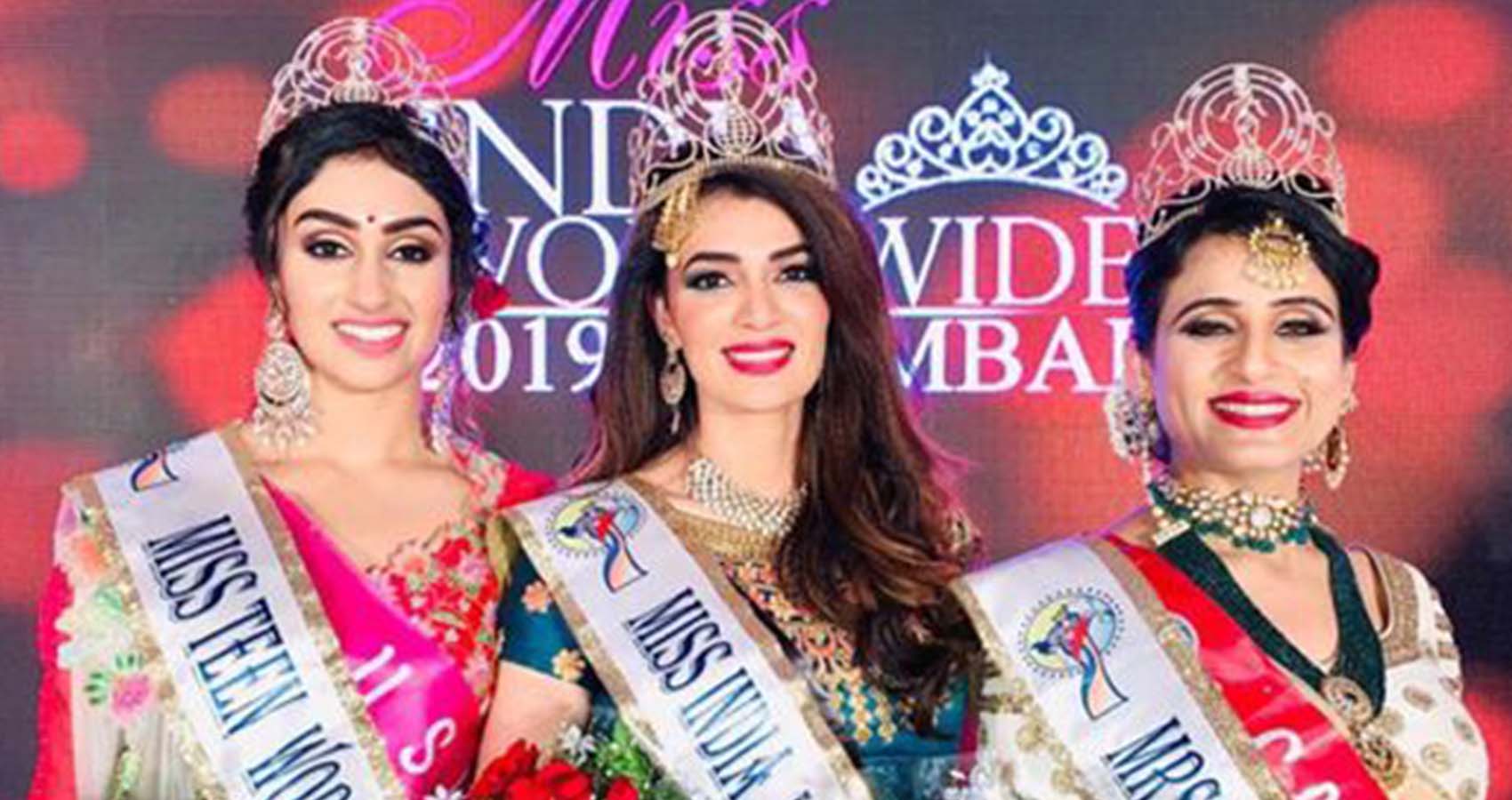 Imbibing Indian values, traditions and culture among the youth of Indian origin through Worldwide Pageants, under the dynamic leadership of Dharmatma Saran, chairman and founder of the New York based India Cultural Festival (IFC), the 29th annual Miss India Worldwide, the 5th Mrs. India Worldwide and the 2nd Miss Teen India Worldwide is being organized at the Royal Alberts Palace in Edison, New Jersey on Friday, June 24th, 2022.

To be attended by dozens of talented and adorable young women of Indian origin from around the world, the pageants will be a treat to the hearts and souls of all participants, showcasing their talents, skills and love for art, music, philanthropy and Indian culture. 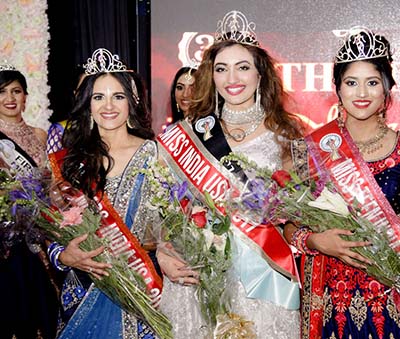 The young beauty queens will come together on stage to celebrate Indian culture and traditions during the 75th anniversary of India’s Independence, after a weeklong intense practice with celebrity Bollywood choreographers Sandip Soparrkar and Aleysia Rau, New York City Tour and pre-contests.

The annual pageants started in a basement in New York in 1980 with the first ever Miss India New York and Miss India USA, has evolved and expanded, now incorporating and having membership from over 40 countries, that promote Indian heritage and providing a platform for people of Indian origin to unite and showcase their talents, skills and beauty.

Dharmatma Saran, chairman and founder of the New York based India Cultural Festival (IFC) that organizes the trail blazing Miss India Worldwide, is a pioneer in entertainment, holding Indian pageants and fashion shows in the USA and worldwide.

In 1990, Dharmatma Saran, decided to take the pageant one step further to an international level and started The First Miss India Worldwide Pageant to identify and honor beauties of Indian origin the world over and the show graduated to become the top most international Indian pageant on the earth. “For the first time ever, Asian-Indian communities from all over the world came together in New York for this event,” says Saran with a sense of pride. “To the best of our knowledge, no other ethnic organi¬zation has ever conducted a pageant of this magnitude on an international level.”

The pageant was an instant success and was acclaimed as “the most glamorous Indian function in the world.”

“When Miss India New York started in 1980, I had perhaps not even in my wildest dreams imagined that in less than twenty years, we would fledge out to be a mass movement with affiliates in over 40 countries, let alone that we would one day have a live internet webcast and broadcast our most prestigious function, the Miss India Worldwide, to an audience of over 300 million people!”

The pageants aim to honor achievement, to celebrate our culture in many ways, among them, the ability to meet people, make friends, to respect and be respected, to continually strive to improve standards, and to live a life as close to the laws of nature. 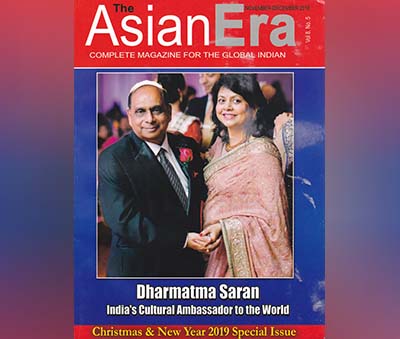 In line with other prestigious international pageants, IFC started staging Miss India Worldwide in various parts of the world. In 1997, the pageant was organized in Bombay to salute India on its 50th anniversary of Independence. In the year 1998, the pageant was organized, in associa¬tion with UTV International, in the exotic and beautiful city of Singapore, South Afrcia, Malyasia, UAE, Surinam and several other states in the US.

The IFC selects distinguished local organizations in various parts of the world and authorizes them to conduct national pageants in their respective countries. The India Festival Committee, started in 1974 in a most humble way, has come a long way. While seeking to collaborate with internationally reputed groups, Saran joined hands with the Times of India group’s Femina that runs the beauty pageants in India until 1997.

The contestants in all the pageants are of Indian origin, between the ages of 18 and 28, and are citizens, residents, or born in the country which they represent. The pageant consists of four segments – Evening Gown, Ethnic Wear, Talent and Question-Answer. The winners of all the various national pageants from all over the world vie for the glamorous and prestigious title of the Miss India Worldwide.

In fact, motherland, culture and India are the words repeatedly invoked by most con¬testants. Clearly, this pageant was also about roots and identity. “We will never permit vulgarity and bikini wearing in our competitions. We don’t believe in the axiom, shorter the dress, greater will be the chances of winning the prize. We are very conservative in that. We only showcase the best of Indian culture and not the skin. We strongly oppose exhibiting women in a cheap manner on the dais,” Saran said adding that his shows are always meant for the entire family.

In the year 2016, saran introduced, on popular demand, the First Ever Mrs. India Worldwide, which has been received with enthusiasm from around the world. This is a pageant that provides married Indian women around the world with a platform, where they would get an opportunity to “Make a difference in the world.”

Most of these women have set their sights on professions like medicine, public relations and the law. The contest gave them a chance to take a de¬tour and explore their Indian identities through colorful Indian attire and dance. Many of them have set their eyes on Bollywood and Hollywood, and participating in the pageants is a stepping stone for many to climb up the ladder in the world of fashion, silver screen, politics and charity.

Saran has become an internationally well-known leader in promoting pageantry around the world. Support came from most unexpected quarters. Noted actress, social worker, feminist and leader, Shabana Azmi, who is known to blast all beauty pageants, endorsed Saran’s show as noble as it helped funds for the deserving children.

“The IFC motivates and guides its winners and contestants to take up charitable causes. Many of our past winners have raised substantial amount of money for various charities, especially for handicapped children,” says Saran.

IFC has used the title to raise funds for the poor and the needy. Saran has been successful in combining beauty with char¬ity. It was Saran’s dream that beauty works for a good cause. Bela Bajaria, one of his highly successful beauty queens from Los Angeles, has collected $35,000 each year for the Hand and Heart for the Handicapped for many years to help disabled children in US and India. Another successful Miss India Hong Kong collected $100,000 in a charity ball to help the helpless people.

Saran credits the success of the pageantry to his family and a team of hard working people. “I don’t know how I would have fared but for the unstinted support of Air India. Also my friends former News India editor John Perry; President of Jackson Heights Merchants Association V.N. Prakash; TV Asia Chairman Padmashree H.R. Shah, Bombay Broadcasting’s Giri Raj; and all the successive Indian Consuls General have stood with me.” he recalls with gratitude.

Saran is blessed with an understanding wife Neelam. She has been a source of great strength and support to him from the day one. His two daughters, Neema and Ankeeta have always been of great support and assistance.

Saran contributions to Indian culture has been appreciated and recognized by various organizations around the world and he has been acclaimed as “India’s cultural ambassador to the world.” He has traveled with his wife Neelam to various countries to start Indian pageant.

Recently he was awarded Bharat Gaurav Award held at the headquarters of United Nations in New York. As Farook Khan, Chairman of Miss India-South Africa Corporation, says, “The Miss India-Worldwide Pageant has developed further into a grandiose platform of unity through culture over the few short years it has been in existence. It has become an event which is boundless and this has become a reality due to the foresight and vision of dedicated men and women who came to the United States of America to start a new life and to carry all that India has to and will continue to offer.”

To quote Khan, “At one time, the pageant was regarded as a beauty contest, it no longer suffers from this narrow reputation. It has fledged out to be a mass international movement which honors the perform¬ing arts, develops finesse as a way of life and puts into communities a sense of compassion.”

Saran and his dedicated band of men and women have inspired people around the world to participate in a truly remarkable spectacle that enjoys the status of a truly bound¬less Festival of good. The Miss India Worldwide is such a hallmark, it is not just a beauty pageant.