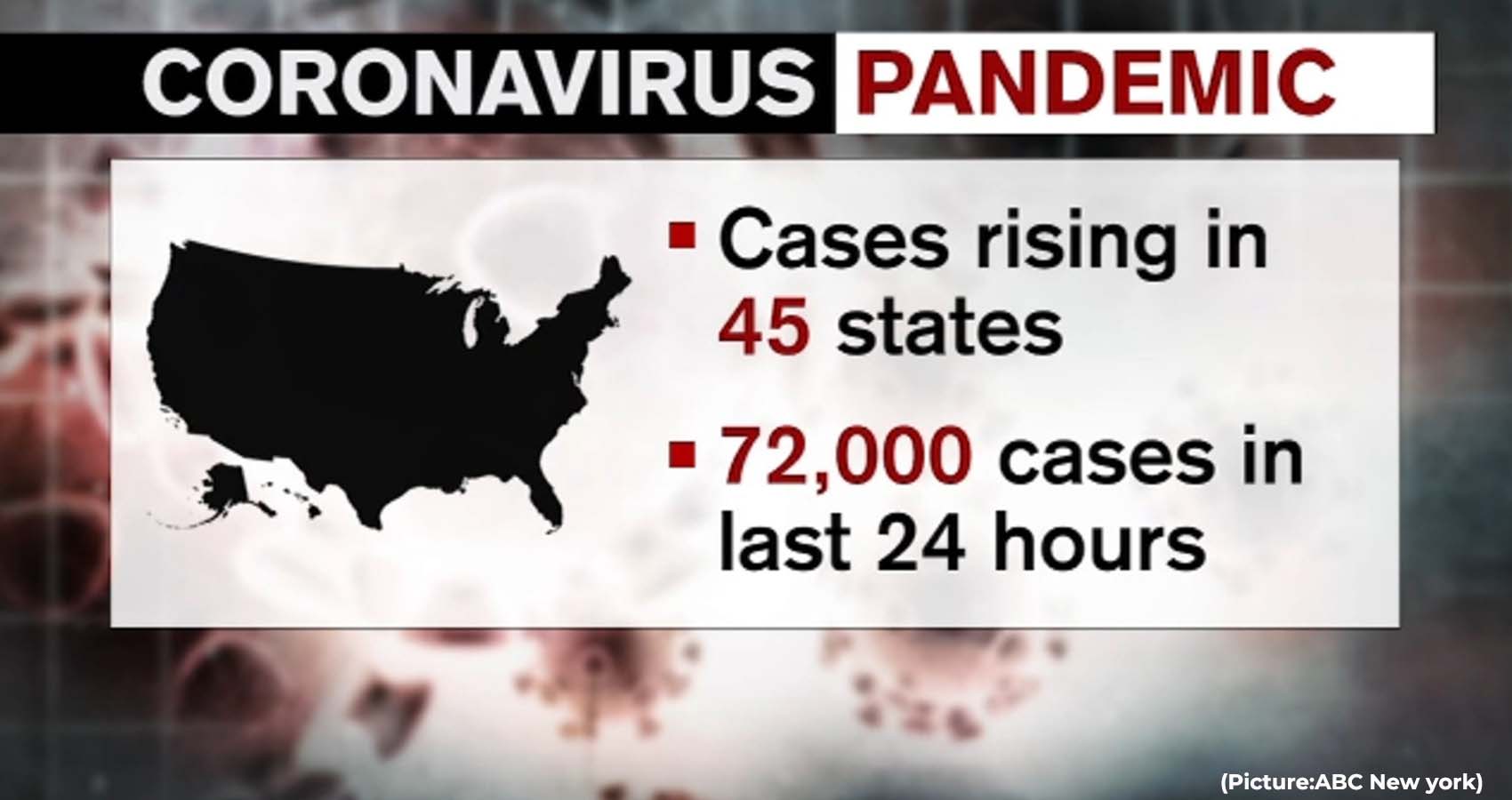 A burst of high-profile COVID-19 cases in Washington, D.C., is highlighting the lingering threat of the virus, media reports here stated. House Speaker Nancy Pelosi (D-Calif.), Cabinet members including Attorney General Merrick Garland, and a string of lawmakers, have all tested positive in recent days.

The cases are reminders that the virus is still circulating even as much of America moves forward from the pandemic. In fact, experts are bracing for cases to increase in the coming weeks, given an even more highly transmissible subvariant of omicron, known as BA.2, that is circulating widely.

“I do think we’re going to see an uptick nationally,” said Crystal Watson, senior scholar at the Johns Hopkins Center for Health Security. “The question is really how high it will get.”  Washington, as well as New York and other parts of the northeast, are already seeing upticks in cases.

The high-profile DC cases, “may be a reflection” of a new spike, Watson said, though she noted it is “hard to tell” exactly how wide a conclusion to draw from them.  “I do think we’re generally seeing an uptick in cases in D.C.,” she said.

Still, there are important ways in which any coming increase in cases will likely not be as bad as previous surges. People who are vaccinated, especially those who are boosted, have strong protection against severe disease, meaning that while they may still get infected, the symptoms are likely to be mild. 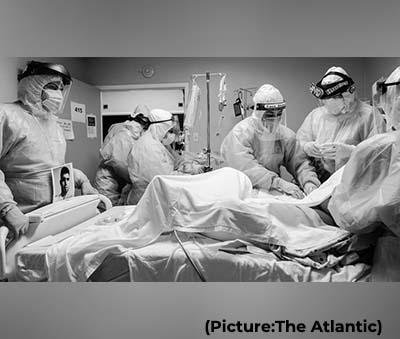 In addition to the protection offered by vaccination, many people across the country were infected during the first omicron wave over the winter, which means much of the population still has additional immunity.

“We now have a lot of immunity both from vaccines and from infection,” said Jennifer Nuzzo, an epidemiologist at Brown University. “It’s hard to imagine we will see quite the levels of severe illness that we saw in earlier phases.”

Some experts now say that hospitalizations are a more important metric than sheer case numbers. With a highly transmissible virus and vaccines that protect against severe disease, the goal has shifted more towards preventing hospitals from being overwhelmed, rather than trying to prevent mild cases from occurring.

Notably, even as cases have gone up in Washington, D.C., and New York City, hospitalizations continued to decrease, though they tend to lag behind cases.

Anthony Fauci, President Biden’s chief medical adviser, said on Bloomberg TV this week that he hopes the higher levels of immunity in the population help blunt the worst effects of any coming increase in cases.

“I would not be surprised if we see an uptick in cases, whether that uptick becomes a surge where there are a lot more cases is difficult to predict,” Fauci said. “But the one thing that I hope, and I believe there’s reason that this will not happen, is that we won’t get a very large increase proportionately in hospitalizations because of the background immunity.”

Many of the high-profile D.C. cases have appeared to stem from the Gridiron Dinner, a gathering of many top officials. Gridiron organizers said Friday that 53 attendees had been infected.

Leana Wen, a public health professor at George Washington University, argued in a Washington Post op-ed this week that events like the dinner can still go on in this new phase of “living with COVID-19,” especially if they use safeguards like proof of vaccination and rapid testing beforehand.

“There are those who would argue it’s irresponsible to hold parties that could turn into super-spreader events,” Wen wrote. “That was true before vaccines were widely available, but it’s no longer realistic. We need to use a different paradigm — one that’s based on individuals being thoughtful about their own risks and the risks they pose to others.”

Even for President Biden, the White House acknowledged on Friday that he might get the virus, but stressed the protection from he has vaccines and boosters, saying the country is “in a very different place.”

“It is possible he will test positive for COVID at some point and we’re in a very different place than we were…which is to say we have vaccines, we have treatments,” White House Communications Director Kate Bedingfield said on CNN. “The president is vaccinated and double boosted so, you know, protected from severe COVID.”

While there is a risk of a new uptick, the current situation is also greatly improved. Cases, at about 29,000 per day, according to a New York Times tracker, are at their lowest point since last summer.

Hospitalizations have plummeted to about 15,000, and are at their lowest point since the early days of the pandemic in 2020.  There are still about 500 people dying every day from the virus, concentrated among the unvaccinated.

While treatments and vaccines have put the country in a far better place, experts warn that Congress’s failure to provide more funding to fight the virus risks the progress.

The White House says testing capacity will decline in the coming months, and treatments will run out, if more funding is not provided. And if fourth vaccine doses are needed for all Americans, there is not currently enough money to purchase them.

The United States is also lagging other developed countries in its rates of booster doses.   “We have not done a good enough job on that front,” Nuzzo said, noting there should be a particular focus on reaching the remaining elderly who are not boosted.

About half of eligible adults and a third of eligible seniors are not boosted, according to CDC data.   Making sure people are boosted and protected is key, Nuzzo said, because “this virus isn’t going away.”