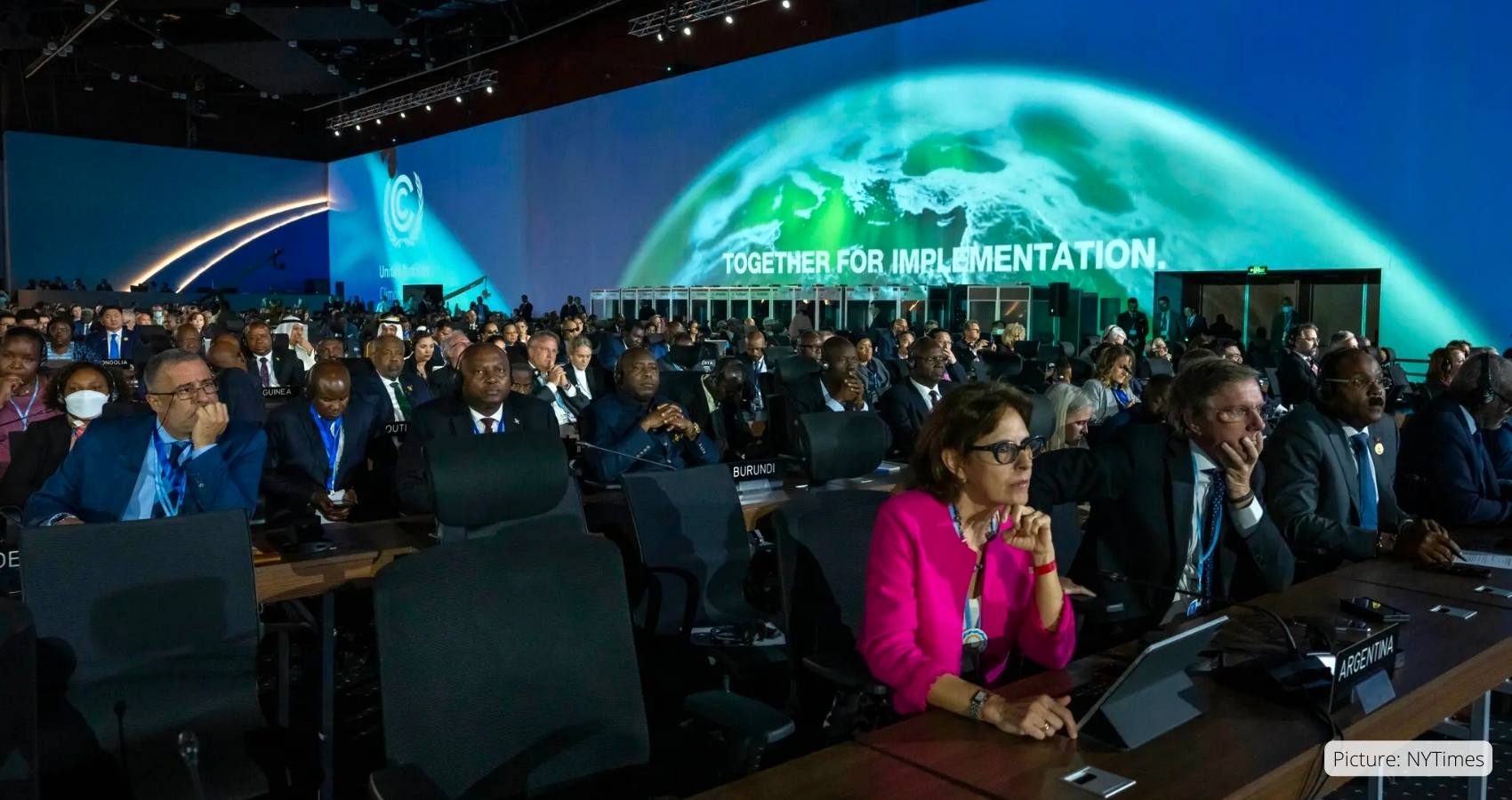 (AP) — “Cooperate or perish,” the United Nations chief told dozens of leaders gathered Monday for international climate talks, warning them that the world is “on a highway to climate hell” and urging the two biggest polluting countries, China and the United States, to work together to avert it.

This year’s annual U.N. climate conference, known as COP27, comes as leaders and experts have raised increasing alarm that time is running out to avert catastrophic rises in temperature. But the fire and brimstone warnings may not quite have the effect as they have had in past meetings because of multiple other challenges of the moment pulling leaders’ attention — from midterm elections in the U.S. to the Russia-Ukraine war.

More than 100 world leaders will speak over the next few days at the gathering in Egypt. Much of the focus will be on national leaders telling their stories of being devastated by climate disasters, culminating Tuesday with a speech by Pakistan Prime Minister Muhammad Sharif, whose country’s summer floods caused at least $40 billion in damage and displaced millions of people.

“Is it not high time to put an end to all this suffering,” the summit’s host, Egyptian President Abdel Fattah el-Sissi, told his fellow leaders. “Climate change will never stop without our intervention… Our time here is limited and we must use every second that we have.”

El-Sisi, who called for an end to the Russia-Ukraine war, was gentle compared to a fiery United Nations Secretary-General Antonio Guterres, who said the world “is on a highway to climate hell with our foot on the accelerator.”

He called for a new pact between rich and poor countries to make deeper cuts in emissions with financial help and phasing out of coal in rich nations by 2030 and elsewhere by 2040. He called on the United States and China — the two biggest economies — to especially work together on climate, something they used to do until the last few years.

“Humanity has a choice: cooperate or perish,” Guterres said. “It is either a Climate Solidarity Pact – or a Collective Suicide Pact.”

Guterres insisted, “Today’s urgent crises cannot be an excuse for backsliding or greenwashing.” But bad timing and world events were hanging over the gathering.

Most of the leaders are meeting Monday and Tuesday, just as the United States has a potentially policy-shifting midterm election. Then the leaders of the world’s 20 wealthiest nations will have their powerful-only club confab in Bali in Indonesia days later.

Leaders of China and India — both among the biggest emitters — appear to be skipping the climate talks, although underlings are here negotiating. The leader of the top polluting country, U.S. President Joe Biden, is coming days later than most of the other presidents and prime ministers on his way to Bali.

“We always want more” leaders, United Nations climate chief Simon Stiell said in a Sunday news conference. “But I believe there is sufficient (leadership) right now for us to have a very productive outcome.”

In addition to speeches given by the leaders, the negotiations include “innovative” roundtable discussions that “we are confident, will generate some very powerful insights,” Stiell said.

The leaders showing up in droves are from the host continent Africa, who are pressing for greater accountability from developed nations.

“The historical polluters who caused climate change are not showing up,” said Mohammed Adow of Power Shift Africa. “Africa is the least responsible, the most vulnerable to the issue of climate change and it is a continent that is stepping up and providing leadership.”

“The South is actually stepping up,” Adow told The Associated Press. “The North that historically caused the problem is failing.”

For the first time, developing nations succeeded in getting onto the summit agenda the issue of “loss and damage” — demands that emitting countries pay for damage caused by climate-induced disasters.

Nigeria’s Environment Minister Mohammed Abdullahi called for wealthy nations to show “positive and affirmative” commitments to help countries hardest hit by climate change. “Our priority is to be aggressive when it comes to climate funding to mitigate the challenges of loss and damage,” he said.

Monday was heavily dominated by leaders of nations victimized by climate change — not those that have created the problem of heat-trapping gases warming up the atmosphere from the burning of fossil fuel. It will be mostly African nations and small island nations and other vulnerable nations that will be telling their stories.

And they are dramatic ones, droughts in Africa and floods in Pakistan, in places that could least afford it. For the first time in 30 years of climate negotiations, the summit “should focus its attention on the severe climate impacts we’re already seeing,” said World Resources International’s David Waskow.

“We can’t discount an entire continent that has over a billion people living here and has some of the most severe impacts,” Waskow said. “It’s pretty clear that Africa will be at risk in a very severe way.’’

Leaders come “to share the progress they’ve made at home and to accelerate action,” Purvis said. In this case, with the passage of the first major climate legislation and $375 billion in spending, Biden has a lot to share, he said.

While it’s impressive that so many leaders are coming to the summit, “my expectations for ambitious climate targets in these two days are very low,” said NewClimate Institute’ scientist Niklas Hohne. That’s because of Putin’s invasion of Ukraine which caused energy and food crises that took away from climate action, he said. (Follow AP’s climate and environment coverage at https://apnews.com/hub/climate-and-environment)